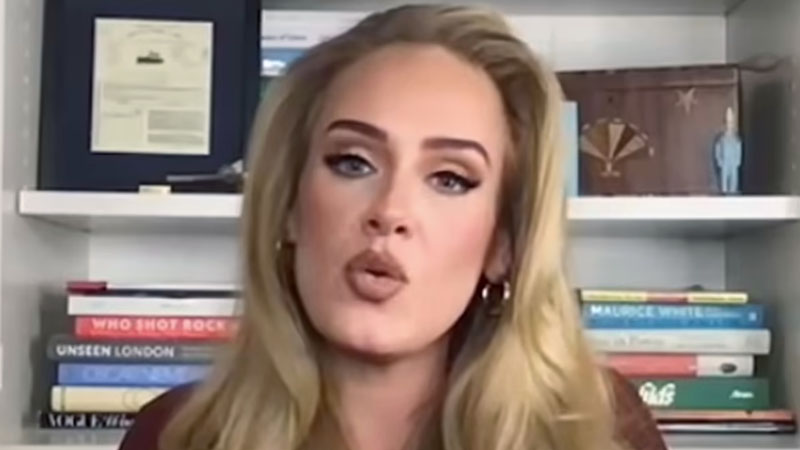 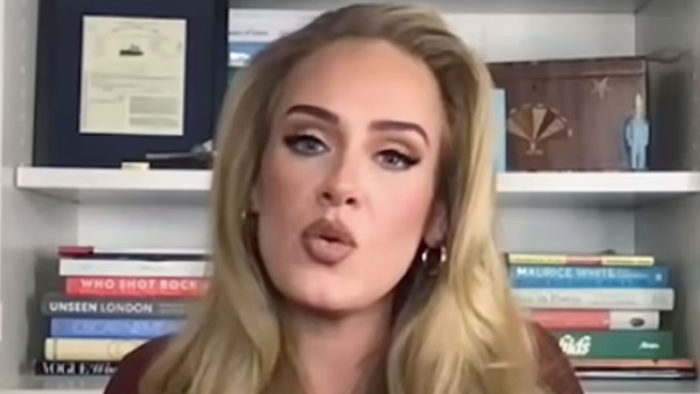 Fans were left distraught recently when Adele suddenly canceled her Las Vegas residency at the last minute. Rumour has it, she was not impressed with the stage design- and if her recent splurge is anything to go by, it might be right!

It’s been reported that the superstar singer splashed out a cool £1,000 to deck out the bookcase that features as her Zoom call backdrop.

The Daily Mail was contacted by a mole, who said the ‘Hello’ songstress walked into a Chelsea branch of esteemed London bookshop Daunt Books recently and announced ‘ I want a library.’

The leak told the paper: ‘All the staff was thrilled when she walked in, wearing sunglasses and looking like a superstar. She went about pulling books off the shelves without even looking at the spines or reading the blurbs, and piling them up by the till.’

Since lockdown began, we’ve all had a good ol’ snoop around celebrities’ homes as TV shows and even social media streams have been conducting interviews and the like via Zoom calls.

It’s given us access to them in a way we never had before, and scrutinizing and judging the reading material on display in these homes has become something of an obsession for some people.

Adele’s bookshelves in her London home now show a carefully selected but rather random mixture of books including London Blitzed: Drugs In The Third Reich, The Mosaics of Rome, and Japanese Prints.

Adele was recently quizzed about her book collection in a video interview with Vogue at her LA home. ‘There are some good ones up there,’ she said as the camera panned the shelves.

The interviewer asked if she thought you could learn a lot about a person from their bookshelf, to which Adele replied: ‘Well I would say that, but I don’t know many people that have real books in their house anymore. They seem to have Kindle or they just don’t read at all or on their phone.’

The 33-year-old wouldn’t be the first celebrity to buy books strategically. High School Musical star Ashley Tisdale was criticized recently after admitting she bought 400 books to fill her shelves ahead of a photoshoot at her California home.