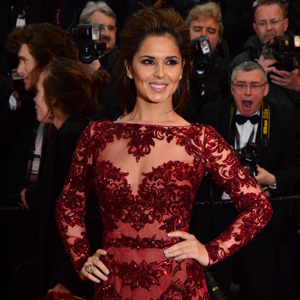 Girls Aloud band mates Cheryl Cole and Kimberley Walsh have allegedly cut out unhealthy food and booze in a bid to tone up together.

Cheryl Cole and Kimberley Walsh have given up alcohol, junk food and sugar in a bid to lose weight together. The ‘Call My Name’ singer reportedly suggested the detox after her 30th birthday celebrations in Las Vegas at the end of June, as she said she felt "disgusting".

Kimberley told Closer magazine: "Last year I was in Shrek, then I had ‘Strictly’, then the Girls Aloud tour. So I wasn’t having to think about working out. But the minute I stopped, I could literally feel the weight going back on."

A source claims the pair have been exercising together at Cheryl’s north London home, using workout DVDs such as ‘Strictly Come Dancing – Strictly Fit‘ and ‘Tracy Anderson‘.

Instead of booze and sugary snacks, Cheryl, who was a judge on ‘The X Factor‘, has been drinking green juices containing kale, spinach, celery, apple and parsley as well as consuming a litre of aloe vera juice daily to improve her skin.

According to the insider, both are already noticing the results, with Cheryl feeling much less bloated and Kimberley toning up and regaining her ‘Strictly Come Dancing‘ muscles.