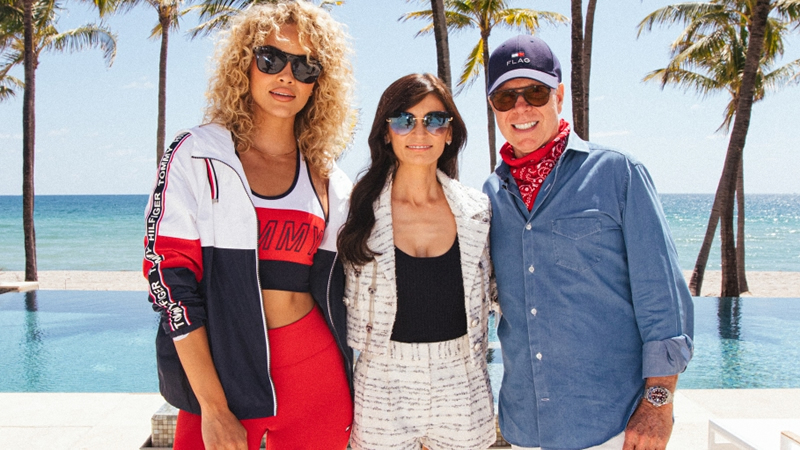 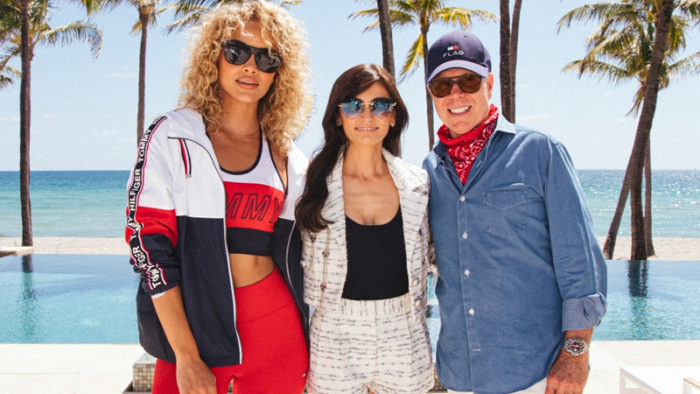 The plan is to bring v-commerce, virtual content and events, and hyper-realistic avatars to the forefront of the industry.

EWG Virtual, the virtual marketing company launched in 2020 by Julia Haart, chief executive officer of Elite World Group, has teamed up with Tommy Hilfiger and his media company, TH Media Ventures, to change the way people shop with a joint venture focused on virtual media and experiences.

Together, the partners look to expand EWG Virtual and bring v-commerce, virtual content and events, and hyper-realistic avatars to the forefront of the industry.

The partnership seeks to use advanced digital technology, emerging media, and Elite World Group’s more than 5,400 top cultural talents to change the commerce experience for brands and consumers.

“We are both passionate about creating innovative business models and reinventing the way things are done. By digitizing our models, athletes, musicians, actors, and cultural influencers, we are providing our talent with opportunities to extend their personal brands and engage with their fans in new digital formats that will create longevity in their careers. The possibilities of what we can achieve together are endless — this is the future of media,” Haart said.

“Together with EWG Virtual, I am excited to tap into the future of virtual media and technology to enhance the possibilities for talent, consumers, and brands to connect with one another,” Hilfiger said.

“In the past year, virtual experiences have rapidly become a part of our new normal, giving us more ways to interact with each other, as well as how we engage with our favorite brands and consumer entertainment, pop culture, and the celebrity world.”

Haart and Hilfiger started working on this venture in August 2020.

Model and fashion influencer Jasmine Sanders is the first talent to be digitized into avatar form. Sanders, who is represented by Elite World Group agencies, appears in an immersive fashion film, wearing digitized clothing and walking virtual runways in 3D environments. In addition to Sanders, they have made avatars of Coco Rocha, Kelsey Merritt, and Josephine Le Tutour.

Asked how they came together on this project, Hilfiger said one of his agents knew he was dabbling in avatars and the metaverse and was moving ahead in the digital world and said he had to meet Haart since she was doing the same things.

“We decided to join hands, and with her thousands of influencers and models and personalities on top of her vision it seemed like a perfect way to partner,” Hilfiger said.

“We’ve seen the statistics. People who are young consumers are so used to delving into the metaverse. They play video games more than they play basketball. They watch more animated television than they watch regular television. They are completely immersed in the metaverse to begin with. They connect to brands in that way as well,” Haart said.

EWG, which is based in New York and has offices in L.A., London, Milan, and Paris, will offer several different services to brands.

According to Hilfiger, the lightbulb really went off when they were doing see now, buy now fashion shows all over the world, and the logistics of flying all the supermodels all over the world and going to Paris one day and L.A. the next was very complicated — and almost an impossibility.

“The idea of being able to create avatars out of all the supermodels and sending them all over the world either to appear on a runway or appear during an event or even appearing in a video game seems like the next step in life,” he said.

Hilfiger said this is a separate venture from Tommy Hilfiger Co., although the two entities will work together. In fact, the first avatar from Haart’s group, Sanders, is dressed in Tommy Hilfiger virtual clothing.

“If you look at what is selling, it’s virtual clothing and virtual accessories within a video game. It’s all about v-commerce. It’s the next form of digital retail,” Hilfiger said.

Haart believes the talent will get more money than a regular job because they own part of the asset. The avatar will get paid for appearing on the runway or in an ad campaign, video game, sports game, or beauty tutorial, and they will be paid for the use of their intellectual property.

“The runway is an hourly fee and a campaign is an overall fee. In addition to that, they’re also being paid for the use of their avatar,” Haart said. She also noted that it’s an extremely expensive process to make an avatar.

“Every deal is different. It’s the same as every modeling deal is so different, just the same way if you’re doing an ad campaign or you’re doing a billboard, it just depends what’s being offered. The same structure will be in the virtual world. It’s an expansion of where they can inhabit, and how they can monetize their celebrity,” Haart said.

Hilfiger sees avatars being used in live streaming shows. They can move and pose, and communicate with eye movement and facial expressions. “Instead of hiring models to come onto a Livestream shopping show, having avatars is more advantageous,” he said. He said the virtual outfits on avatars can change in a nano-second.

Haart said they’re testing how quickly avatars can learn to speak and sound like their talent and they have writers to help them speak. “It may take a year of Sanders talking to her avatar, eventually her avatar will talk like her,” Haart said.

doing a virtual campaign, and Tommy Hilfiger. Hilfiger said the plan for many of the brands is to start with video games and then move into other areas.