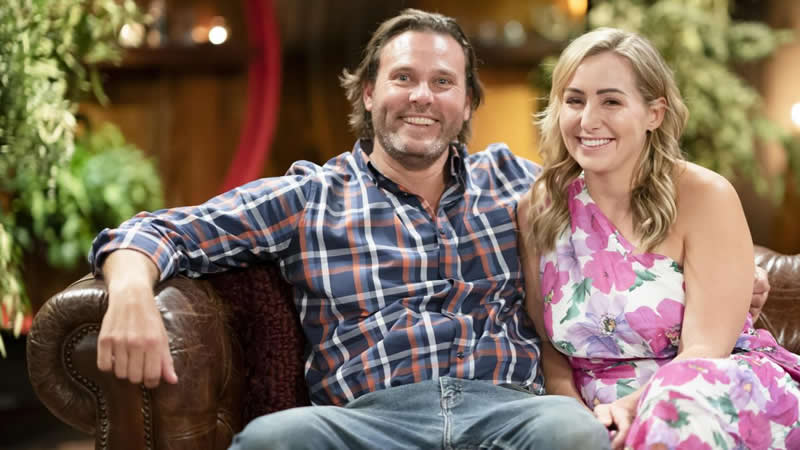 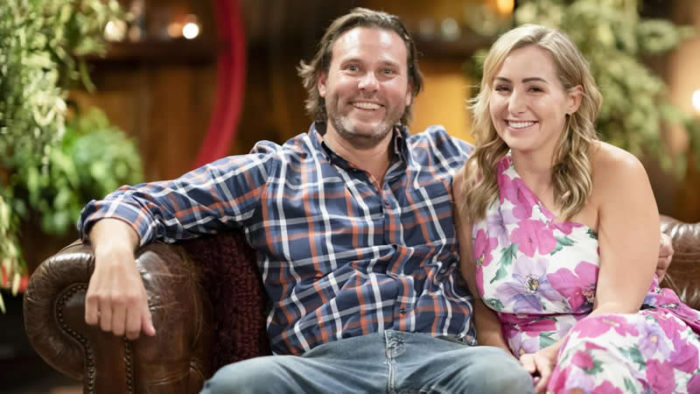 Until this year, it would be safe to assume you didn’t associate Farmer Wants A Wife with tantalizing reality show drama, but 2021 saw the wholesome rural romance gripped with a MAFS-worthy scandal involving Farmer Will Dwyer and contestant Hayley Love.

Despite being sent home by Farmer Matt Trewin before the finale, Hayley become one of the most well-known contestants on Farmer Wants A Wife when she revealed she was pregnant with Farmer Will’s baby.

And now she has officially welcomed the bundle of joy! Taking to Instagram today, Hayley shared two beautiful snaps of her newborn baby girl.

So how exactly did we get here? Well, a week after Farmer Will told his winner Jaimee that she “restored (his) faith” that girls like her existed, Hayley dropped the bombshell.

“I am 22 weeks pregnant with Farmer Will’s child,” she claimed in a statement to a newidea, before clarifying the timeline of her relationship with the farmer.

“I started my relationship with Farmer Will in December before the reunion episode was filmed a few weeks later in January. He told me he wasn’t with Jaimee and Jaimee was in contact with me before the reunion.”

She went on to explain that she and Will began “chatting online” before engaging in a sexual relationship that ended before the reunion.

“On the 2nd April I left his house thinking, ‘I’m never coming back, I’m done.’ The next morning I found out I was 6 weeks pregnant. I was terrified to tell him,” she wrote, adding that she tried to “keep things amicable” with Will and invited him to her appointments, revealing that he showed up to the ultrasound.

As fans were still digesting the news of a Farmer’s baby, Will responded to the claims with a statement that suggested he was a tad skeptical as to whether or not the baby was actually his.

“My family is my world, and my parents were the perfect role models. When the time comes, I will be the best Dad I can be,” he wrote on Instagram. “If this is in fact my child, I’ll be there whenever the child needs me. Even if as parents we can’t be a couple, our family will be filled with love for our child.”

The farmer added that growing up he learned to value “discretion” and he was disappointed the private matter had been thrust into the spotlight.

“I’m sad that this has played out in public. I want only the best for Hayley. I’ll say what needs to be said in private and let my deeds do the talking.”

Unsurprisingly, many people were eager to tune into the Farmer reunion on August 11th to get some more answers.

But for anyone hoping for some drama, or potential MAFS-style wine pours, the reunion was filmed before baby-gate, and while Will and Jaimee were still together. Although, some viewers claimed they noticed strain with the couple’s relationship during their interview, and they have since reportedly ended things.

Hayley, however, did get a shoutout at the very end during a retroactively filmed scene with host Natalie Gruzlewski, who congratulated the then mum-to-be.

“I have got some exciting news. Since we recorded the reunion, I’ve found out one of Farmer Matt’s ladies Hayley is pregnant. We wish her and her soon-to-be bundle of joy all the very best.”