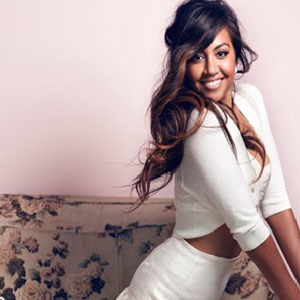 Jessica Mauboy has one successful career under her belt in terms of music but now she is starting to make a splash on the big screen. The actress is back on the big screen this week in The Sapphires - a real life story that is lighting up cinemas wherever

by DC Content Team
0
Jessica Mauboy has one successful career under her belt in terms of music but now she is starting to make a splash on the big screen.

The actress is back on the big screen this week in The Sapphires – a real life story that is lighting up cinemas wherever it plays.

We caught up with Jessica to chat about the film, the importance of the story and what lies ahead for her.

– The Sapphires is your new movie so can you tell me a little bit about it?

They were sisters and a cousin that formed a group and they go from singing country and soul music to going to Vietnam to sing for the troops in 1968.

– You take on the role of Julie in the movie so what was it about this character and the script that initially drew you to the project?

What excited me about Julie was her dreaming as she had this hope even though she and the sisters were going through segregation and the stolen generation in 1968.

Julie was quite naive but it was beautiful that she was strong and kept with the fight. I loved that.

– You say that all of them are very strong women and they faced major problems during that time so in that sense it is an incredibly important movie – and we are seeing more of these stories being told in TV and film. So how has this film been received in Australia?

I must say it is one of the best at celebrating Australian history as it is about a family and a triumph and it allows that music to just pump.

That was great music that classic soul and rhythm and that is where it was created and these particular women were inspired by that.

– Bearing all of that in mind how important was it to be a part of this film?

– This movie depicts real characters and real stories so what are the pressures that come with the responsibility of telling a real tale? And what was it like meeting these women for the first time?

Meeting the aunties was an incredible moment. I remember sitting in my room in my hometown and I had to read the script twice and both times I balled my eyes out to know what they went through and to visually put myself in their position to figure out how I would feel.

Then to actually go on set and being able to feel that environmentally – everything was just so well planned out; the era, the clothing, the set up just made you feel like you were right back at that time.

We didn’t really get to talk about who we were playing personally with the aunties but just seeing them and how they operated with each – having read the script you could see the personalities coming out with each other.

What writers Tony Briggs and Keith Thompson did was they weren’t particular on an auntie it was just overall and inspired by the women that Tony Briggs grew up with; his mother and his aunties. So I just really resonated with that and loved every moment of that.

– So when were you first aware of this story as it was a show before it was made into a film?

I never got to see the play which Deborah Mailman and Wayne Blair played in and just hearing their stories about it was just uplifting.

But I came across this film with a meeting with Wayne Blair and I was given the script but I hadn’t been given the role – it was just a ’we would like you to read this and if you like it we would love you to audition’.

I was really nervous because it was my first feature role was Brand New Day but this seemed much harder in terms of the issues and the events that were happening around that time. I really connected and I wanted to do it.

I went through so many auditions with the girls – it was funny because there was one point when we were all together and no one knew if they had got the role or not – it was just really under the table.

Having fun with it was really the first beginning of the journey of the Sapphires.

– You have mentioned Wayne Blair already and he is in the director’s chair for the movie so how did you find working him? And what kind of director is he?

At first I thought he was really weird in terms of how he spoke and the film language that he used but he really is a lovely guy and visually just creative and smart. I felt really safe with him and I felt that he was guiding me.

There were moments when he would come in and mentor me and I have never had that before in terms of a director like himself. I really trusted him and I really liked that our relationship was like that.

And the whole cast really didn’t treat me as a singer, that is my profession, but treated me like an actress. It was really cool.

– There is a real bond between you, Deborah Mailman, Shari Sebbens and Miranda Tapsell on screen so how much fun was it working with them?

We all created this… it was like a bomb that ticked and then would explode. And I say that because every day we came committed and we came wholeheartedly to the film and we just wanted to create magical moments in the film.

There is no one moment that we really really loved it was just all mushed into one. But they were such lovely, strong, indigenous Australian women and I learnt a lot off them without them having to tell me anything.

And knowing that it was Miranda and Shari’s first big film it excited me because as a young indigenous Australian women fighting my way through my music just seeing them fight their way through film and theatre it was an emotional moment.

We have created something back at home right now as it is just one of the biggest films and it is so cool to have these Aboriginal kids in my community who think they can go on and do something greater.

– And this is the first film to shoot in Vietnam for the first time in over a decade so how was your time out there?

I’m sure that it would have been much bigger project for the directors and the producers trying to schedule everything in terms of working with the government and being really careful of their ways.

And that was what it felt like for us as we were having fun and doing the work but at the same time we were enjoying the elements of Vietnam.

We could just see all of the Vietnamese faces trying to work out what was happening; none of them spoke a word of English. We worked with a Vietnamese crew while we were over there and they were just so lovely and so helpful in wanting to make this movie happen.

– This is only your second feature film and so how have you found the transition into movies?

The transition has been well received I think and I have never dreamed of anything like this before. Being given the opportunity to tell and Aboriginal story I have never been able to do that and it is an honour.

I felt that this was a whole other level of even music. I have written with some amazing singers and songwriters – the moment with Snoop Dogg was amazing – but being able to tell an Aboriginal story is bigger than anything that I have ever known. It is a moment of my life that I will always breathe and continue to take on board.

– Harvey Weinstein is going to be distributing the movie in the States so how excited are you to get the movie out there?

Toronto was another great moment as the public came out and bought their tickets and we had two nights of a standing ovation with the public – that alone was just nail biting.

To have out film out there and to be with the best films in the world is really quite satisfying as well as being a warm and fuzzy feeling.

To know that they have been board from the beginning and meeting Harvey himself and know his feelings about the film has been incredible.

– Finally what is next for you with both movies and music?
Musically I am heading back into the studio and I am so excited because I have being with this film for about two years now. I am just reading and pumped to write some more music and write my third studio album.

So I am going to continue with music for a while and if a film offer comes up I will be happy to take it on if it is the right moment.