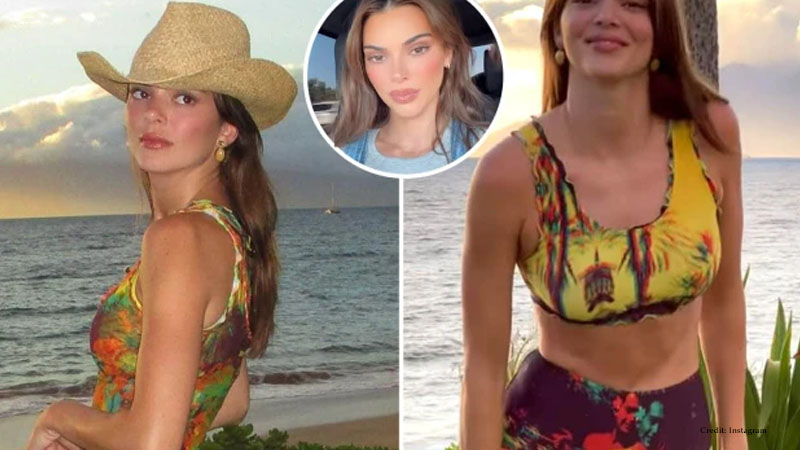 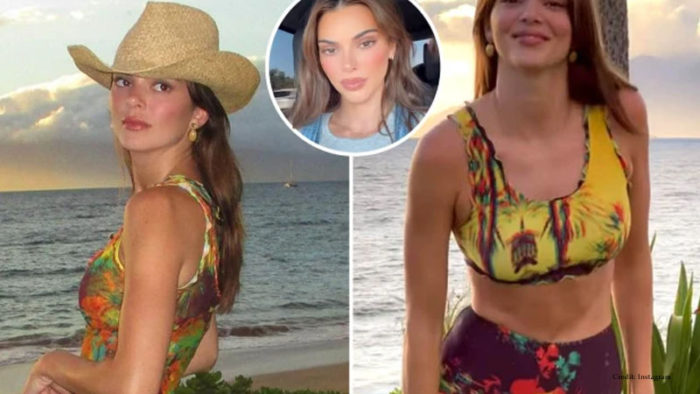 Fans have been guessing that the reality star had gone under the knife as rumors about her have been circulating for months.

by DC Content Team
0
Kendall shared a lot of pictures and videos on Monday that appeared to be from a recent trip to the beach. She appeared to be watching the sunset as she posed for the camera in the first of several pictures. In an accompanying video, Kendall can be seen taking off the sheer dress she wore for the photo shoot. The unedited video allowed viewers to see Kendall’s actual skin texture. In the last image, Kendall may be seen facing the sun while wearing a bikini. The straw cowboy hat and brown pocketbook that the model was wearing finished the outfit. The location of the photographs is unknown, but Kendall’s caption provides a major clue, as per The Sun. She wrote simply, “Humuhumunukunukuapua`a,” which is the Hawaiian name for a Reef Triggerfish. Fans, relatives of the family, and friends went to the comments section to discuss the post. FANS REACT Among the many commenters was sister Khloe Kardashian, who wrote: “The most beautiful.” Another fan wrote: “what a babe.” A third gushed: “You have awesome skin.” Others shared comments like, “So beautiful,” and, “Gorgeous.” Many commended her for posting without using the filters. Kendall, like her brothers, is frequently the target of allegations about photoshopping and plastic surgery on social media posts. BOOB JOB BUZZ For months, there have been rumors that Victoria’s Secret model going under the knife. Fans were rife with new rumors earlier this month regarding Kendall’s body and the operations she may or may not have undergone. Things intensified after the star of Keeping Up With the Kardashians posted a bikini video with an “obvious” detail suggesting she had a boob job. In a sultry Instagram video of her rising from the water, Kendall stood in a blue leopard print two-piece. However, following months of rumors that the former Victoria’s Secret model may have had breast augmentation, several fans were obsessed with one feature in particular. Some people think they’ve found evidence that Kendall did indeed get surgery. Fans pointed out that her boobs “ain’t moving” and didn’t “jiggle” when she walked out of the ocean. “They look bolted on,” proposed one. A third snarked: “So obvious… natural my a**.” However, another came to Kendall’s defense, saying: “She looks great!” Fans have been discussing if Kendall got a secret boob job for months. The Hulu celebrity has consistently denied receiving plastic surgery. Some fans of the well-known family, however, think that recent images show the opposite. Some of her fans believe that she has recently developed a larger chest. As a result of Kendall showing her huge pout, many people also think she may have received lip filler like her sister Kylie. Fans believe the reality star has had work done on her bottom in addition to her lips and her breasts. NEW BOOTY Kendall sparked rumors by exposing her butt in a tight Dries Van Noten gown. The Hulu actor filmed herself posing in front of a mirror while arching her back and sticking out her butt. In the photos, she wore her brunette hair back in an exquisite updo for the shots so that her sleeveless floor-length dress would be the focus. Reddit users who posted the video of Kendall commented that it appears as though she had work done on her butt. “Kendall, we know that ain’t ya booty,” one wrote, while another added: “This is so cringed – like did u get a** injection, Kendall?” Some people speculated that she had Sculptra, a type of filler that slowly encourages the production of collagen in the body. It was initially intended for the face, but non-surgical butt raises are another common use for it. It seeks to add bulk, define the butt, and provide the appearance of more muscle mass. A fan wrote: “I definitely think Kendall had Sculptra or something,” and another agreed: “100% Sculptra.” Kendall hasn’t addressed the rumors.
Previous Article

Wendy Williams: Ex-Husband Reiterates That Charlemagne Tha God Introduced Him to His Mistress