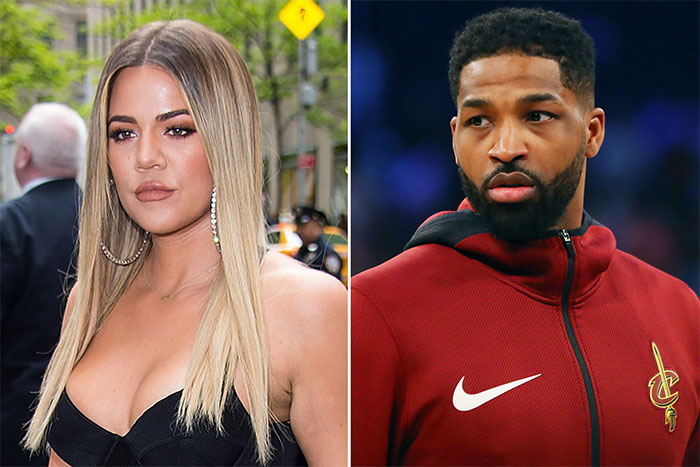 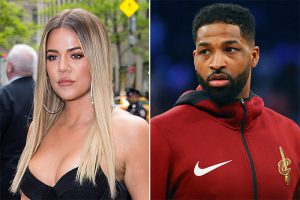 Following the news that Khloe Kardashian and Tristan Thompson were expecting baby no. 2 via surrogate, the former couple shared separate IG posts at the same time with eyebrow-raising quotes.

Keeping up with the Kardashians’ cryptic comments.

by DC Content Team
0
Less than two weeks after it was revealed that she was expecting a second child with Tristian Thompson, Khloe Kardashian posted a lengthy message on her Instagram Stories about being “thankful” for life’s ups and downs. “Be thankful that you don’t already have everything you desire…If you did, what would there be to look forward to,” she shared on July 24. “Be thankful when you don’t know something…For it gives you the opportunity to learn.” She continued, “Be thankful for the difficult times. During those times you grow. Be thankful for your limitations. Because they give you opportunities for improvement.” The inspirational message didn’t stop there. In the multiple-slide story, Khloe, 38, also shared that one should be thankful for “mistakes” because “they will teach you valuable lessons.” “It is easy to be thankful for the good things,” the message continued. “A life of rich fulfillment comes to those who are also thankful for the setbacks. GRATITUDE can turn a negative into a positive. Find a way to be thankful for your troubles and they can become your blessings.” At nearly the exact same time, Tristan, 31 shared an eyebrow-raising post of his own about “responsibility.” “1. Nothing is promised to you. 2. No one owes you anything. 3. You have all the responsibility in your life,” he wrote on his Instagram Stories on July 21. “Understand these three rules as early as possible and realize that independence is the way forward.'” Three days ago, the Chicago Bulls player posted a contemplative photo of himself to Instagram with the cryptic caption, “Patterns and details are everything.” News of Khloe and Tristan’s surrogate delivery of their second child together surfaced on July 12. The two are not, according to a source who spoke to E! News, currently dating. “Khloe and Tristan are not back together and have not spoken since December outside of co-parenting matters,” the insider shared. “The baby was conceived via surrogate before it was revealed to Khloe and the public that Tristan was having a baby with someone else in December.” True Thompson, the former couple’s 4-year-old daughter, is already theirs. In addition, Tristian is the father of Prince, 5, and Theo, 7 with Maralee Nichols. , both of whom he shares with his ex-girlfriend Jordan Craig. Khloe and Tristan aren’t the only members of the Kardashian family to openly express their emotions on social media in code. Kim Kardashian, who is currently dating Pete Davidson, appeared to take a jab at her sister’s situation earlier this month by posting a couple of remarks about relationships and regret. Her first post read, “Girls can see the difference between 200 shades of nude lipstick but they can’t see red flags.” The 41-year-old then followed it up with a quote by Dr. Seuss. “Life’s too short to wake up with regrets,” the July 17 post read. “So love the people who treat you right, forgive the ones who don’t, and believe that everything happens for a reason. If you get a chance, take it. If it changes your life, let it. Nobody said it’d be easy, they just promised it would be worth it.”
Previous Article

Prince William, Kate Middleton are "worried that anything they say" to Harry and Meghan could be leaked to media, author shares

Jason Momoa involved in head-on crash with motorbike in California