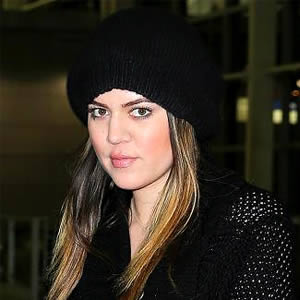 Khloe Kardashian's mother Kris Jenner has convinced her to postpone her baby plans while her sister Kim is pregnant.

Kris Jenner wants Khloe Kardashian to put her baby plans on hold. The ‘X Factor’ host is desperate for a child with her husband Lamar Odom but her mother and manager Kris doesn’t want Khloe to be pregnant at the same time as her sister Kim as it could harm her endorsement deals.

A source told HollywoodLife: "Khloe and Lamar will not be having a child this year for two reasons. Kris Jenner wants Kim to be the focus with her child and all that will bring in endorsements and future shows."

The couple are also planning to hold off on extending their family as basketball star Lamar will be out of contract at the end of this season.

The insider added: "Lamar will be unemployed as his contract with the Clippers is up and he will be looking for a job." Khloe recently hit back at speculation she is desperate to have a baby now that Kim is having one. – femalefirst