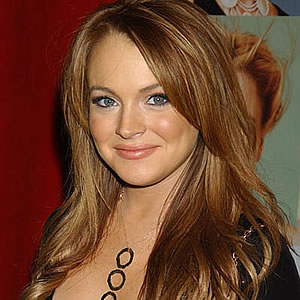 News was in the air that Lindsay Lohan teamed up with the Ed Hardy for the launch of their fresh fashion lines.

News was in the air that Lindsay Lohan teamed up with the Ed Hardy for the launch of their fresh fashion lines. Probably they were about to collaborate to work on the new designed bags. Both of them were also considered as good friends.

But now sources revealed that Lindsay Lohan is going to design only her own line of bags, named 6126 and not for the Ed Hardy. She has openly expressed this view that she will design only her own fashion line of bags and not for anybody else. Almost certainly, she did so because 6126 is inked a licensing deal w The California Bag Co. European designer Paz Shaked Wolf (from D&G) to lead the design team w Lindsay Lohan.

Another reason of launching individual line is that she has planned to launch her leggings line too, after this line. She will launch that line along with a designer from D&G, which is a reasonable high-fashion brand. So actually she is developing a taste of the first class fashion world and don’t want to miss this chance.