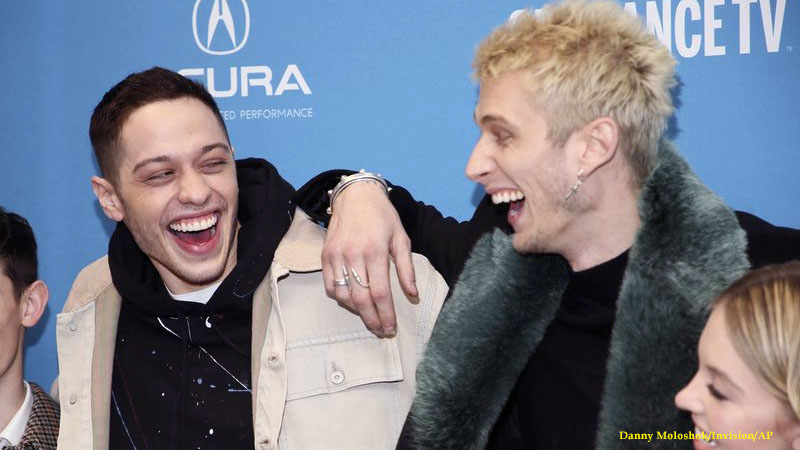 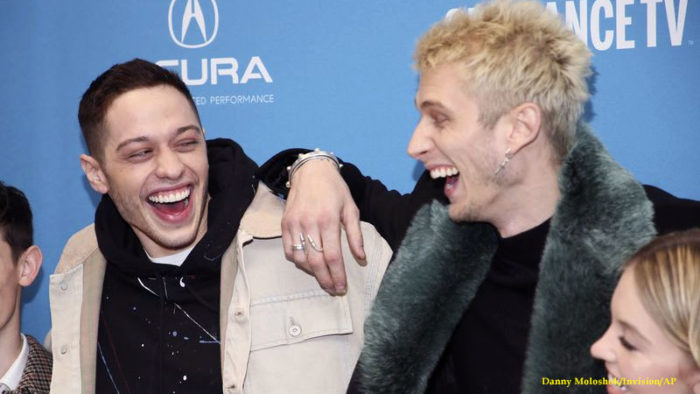 Saturday Night Live star Pete Davidson seems to have plenty of allies when it comes to the drama involving rapper Kanye West. That includes his close friend Machine Gun Kelly, who recently said Pete may be one of his groomsmen at his wedding.

The rapper and singer showed up as a performer and guest on The Howard Stern Show, where he was asked to talk about his friendship with the SNL star, and whether or not he is supporting him during the Kanye West feud. MGK said he even got thrown into it at one point, but he’s always got Pete’s back during the drama.

During Wednesday’s appearance and performance on The Howard Stern Show, Machine Gun Kelly opened up about how blessed he is to have a friend like Pete Davidson in his life, saying they both “came into each other’s life at the right time.”

Howard brought up how Pete’s dating Kim Kardashian which is a big deal, prompting MGK to say he’s “so happy” for his friend. He brought up a story about his big regret during their dating, when they all rented out a theater- himself, Pete, Kim, and Megan Fox, to see a movie.

MGK said he kept hyping up the film and how great it was going to be, but 10 minutes into the movie he realized, “We shouldn’t be here.” The conversation turned to how Kanye West has been targeting Pete Davidson with various attacks because he’s dating his ex-wife. MGK said he’s “totally” got Pete’s back during it all.

“I got thrown in that too oddly enough,” he told Howard, adding, “But at the end of the day, we’re young men trying to find our place in the world and figuring it out, and it doesn’t help when you got a million voices you know ripping you apart or telling you you’re doing this or this wrong.”

“We’re all just figuring it out, man. This is life, and we love everybody man. We have so much love, you know? It’s almost like if we need to be the vessels for people’s anger, then you know so be it. That must be why we’re here, you know? But I do hope that they can feel our spirit and see that we love you though.”

Another hot topic during MGK’s appearance on Howard’s show was his proposal to actress Megan Fox and her acceptance. Howard asked when the wedding is, but MGK said they don’t have the dates for it yet.

As far as Pete Davidson as best man? It seems that’s a strong possibility, although MGK says he may have more than one.

“I think my side is gonna be an army of a few. I have so many close and best friends that have been with me for all these years. But, yeah, I think Pete’s absolutely gonna be standing there with me and we should just mic him just for commentary,” MGK said.

Machine Gun Kelly is fresh off the release of his newest album, Mainstream Sellout, which is projected to take the top spot on the US Billboard Hot 100 albums chart.

He and Megan Fox announced their engagement this past January, complete with drinking each other’s blood. The two met while filming Midnight in the Switchgrass, and had dated since May 2020.

Pete Davidson and Kim Kardashian have been together since around October 2021, as the two hit it off while Kim was working as a guest host for Saturday Night Live. Pete impersonated his friend MGK during the SNL episode, with Megan appearing as a judge.

Over the past months, Pete and Kim’s relationship seemed to continue to grow stronger, despite the various attacks and rants from Kanye West.

The good thing for Pete Davidson is he’s got a lot of support from friends amid the drama, including Machine Gun Kelly, so it seems it’ll be hard for Kanye to faze him and his relationship with Kim or stop his pursuit of success in the entertainment world.