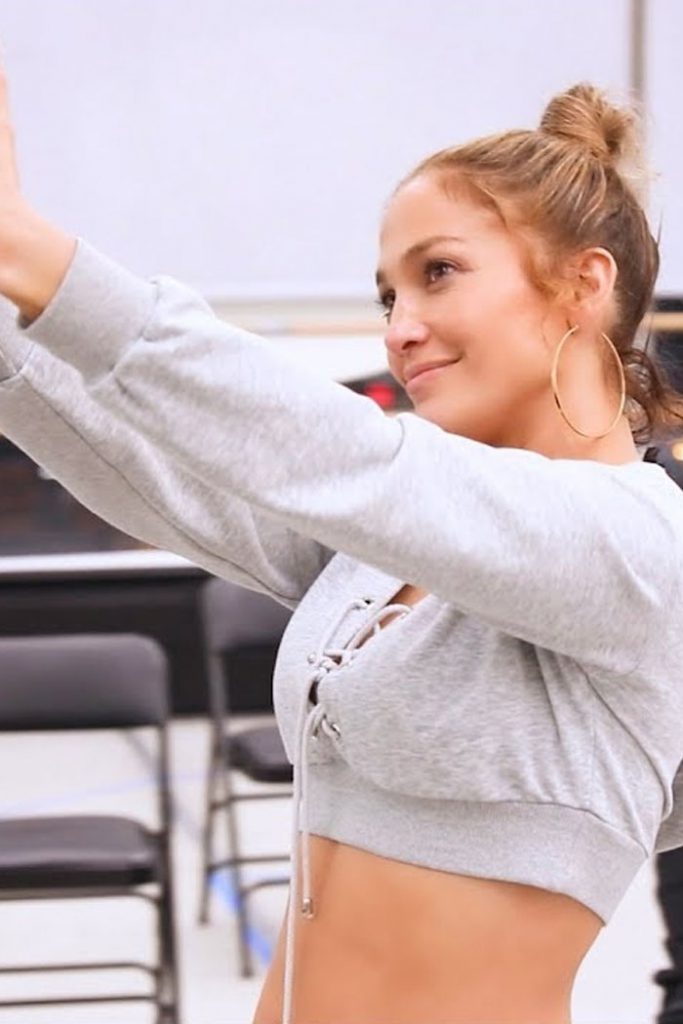 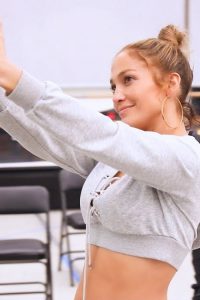 Jennifer Lopez has officially set the record straight about exactly who that mysterious man in the background of one of her recent selfies actually was.

The photo went viral after fans noticed a man behind her shoulder with his hand over his mouth and wondered about his identity. “That was a Zoom!” she told Jimmy Fallon during a virtual appearance on The Tonight Show. “It was some real estate guy that Alex was on Zoom with.”

It’s not usually news when Jennifer Lopez posts a selfie showing off her incredibly fit physique. That’s basically just any given Wednesday.

But a recent photo has fans scratching their heads. Here’s the deal: Last Friday, J.Lo posted an Instagram photo from her (amazing) home workout setup in Miami, where she’s been spending quarantine with Alex Rodriguez and their children. “If it doesn’t challenge you, it doesn’t change you… #CamoFriday @niyamasol 🤍,” she wrote in the caption. Okay, nothing major to see here, right?

A few commenters noticed something strange, though: a mystery man in the background, behind her shoulder.

“Why is there a man in the background with a hand over his mouth?” one person commented. Another wrote, “Uhm who or what’s behind you?”

Could this be someone who works for Lopez and Rodriguez? It turns out to be a very of-the-moment scenario, per an E! News source. “If you look closely you can see Alex’s arm in a navy blue shirt,” the source said, also noting that the gym is “attached to their office space and separated by curtains.

“He’s sitting in front of their desk with the big screen on it, so the image of the person you’re seeing is who is on his Zoom call,” the source continued.

Zoom strikes again! Listen, many of us are taking work meetings at home right now, and even A.Rod and J.Lo aren’t immune to a few mishaps along the way. We just hope that guy realizes that he’s made it onto the Instagram of one of the most famous women in the world. That’s a heck of a quarantine accomplishment, right?

Jennifer Lopez and Alex Rodriguez recently had to postpone their wedding plans due to the pandemic. It was reportedly supposed to happen later this summer—but no new date has been announced. Rodriguez even joked recently that they should have a drive-through wedding, which we’d very much love to see.