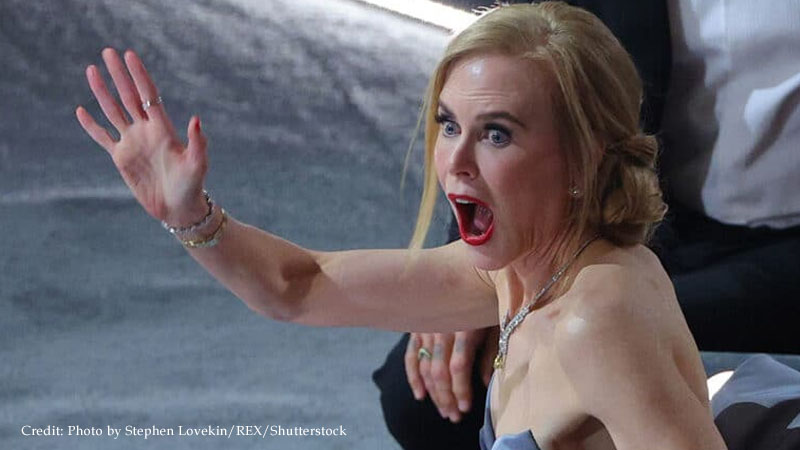 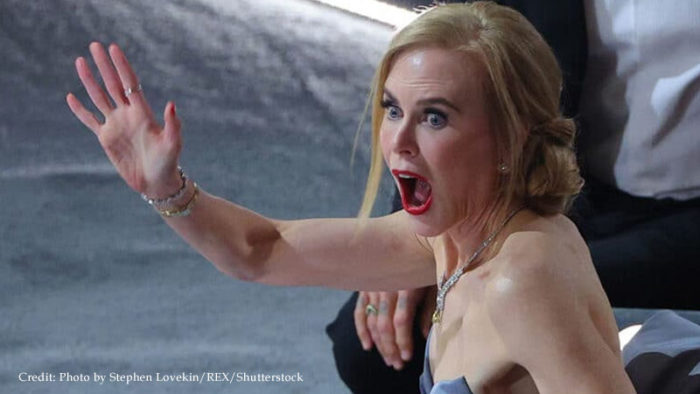 It was a standout moment in a night of stand-out moments but Nicole Kidman’s viral reaction was not about what we thought, apparently.

The sight of Nicole’s jaw hitting the floor, seemingly in response to Will Smith slapping Chris Rock live on stage, had us all saying ‘us too.’

The picture quickly became the image of the night, surpassing even the slap itself, graduated into meme territory, and has been doing the rounds ever since.

Now it transpires that the best Oscar meme of all time might be about something else entirely.

It has since come to light that the photo could have been taken before the slap.

Media site Vulture has spoken to an insider and reports that the picture of Nicole was doing the rounds before the ceremony even started and way before Will Smith lost his temper.

They said: ‘The photo was taken and posted to Getty Images hours earlier, during the un-televised first hour of the ceremony reserved for craft awards.

‘The photo was already making the rounds at least 7.24 ET, 26 minutes before the broadcast even began.’

So what was Nicole so worked about then?

‘The picture of Nicole Kidman. was taken during the non-televised portion. It appeared that she was excited to see Jessica Chastain across the room.

Kidman then reached out and waved to her with both hands. Shortly after, Chastain walked over to greet Kidman and her husband Keith Urban,’

Ironically the actresses were both up for the Best Actress award, Nicole for Being the Ricardos, and Jessica for The Eyes of Tammy Faye but there was clearly no tension between them on the night.

We need to get ourselves a friend who reacts to our entrance like Nicole!

Prince Harry No Longer Cares About Things Unless They Are Impacting Him And Meghan?