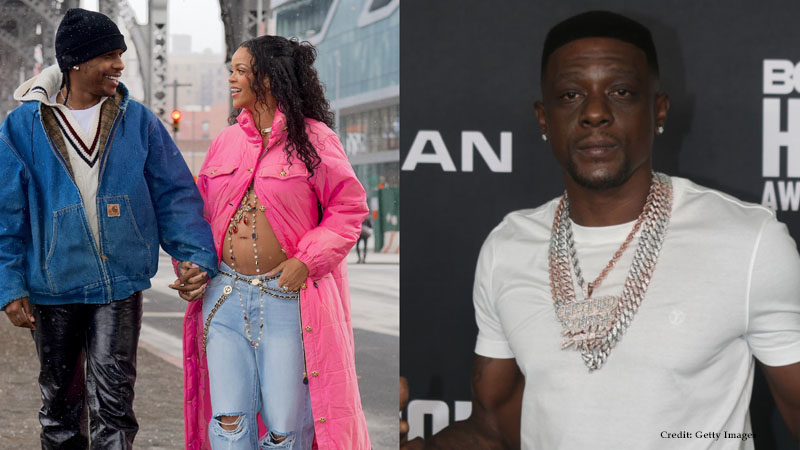 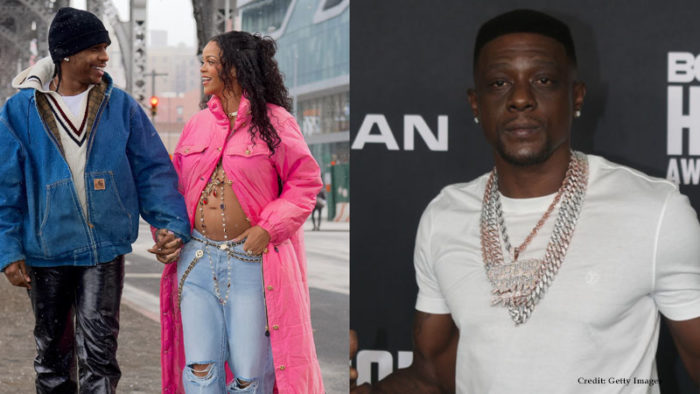 Boosie Badazz is totally down for Rihanna choosing to not get married before getting pregnant. Rihanna’s pregnancy has seen many commenting on the beauty mogul growing and thriving with the love of her life, A$AP Rocky, and their baby that’s on the way.

Rihanna revealed a month ago that she was expecting a child, but she has not given details about the child’s gender or expected date of arrival.

However, not everyone is happy to see her get pregnant out of wedlock, as many people still hold on to traditional ideas that marriage is more secure for women and children.

While some hold those views, others believe that personal choice triumphs over what others think is best. Among Rihanna’s defenders is Boosie Badazz, who has moved from fantasizing over the singer to now defending her choice to have her baby regardless of marriage.

In an interview with Vlad TV, Boosie had a stern reply for Vlad after he said he was disappointed at Rihanna for getting pregnant out of wedlock.

“I was a little bit disappointed that Rihanna did not get married before having that baby…I think a woman of her caliber and when I look at people that her peers, Jay-Z and Beyonce,” Vlad said before he was cut off by Boosie.

“Fk all that, it’s what makes you happy,” Boosie began. “Nobody doesn’t give an FK about peers. She’s a billionaire, what she got to follow somebody else drip for?” he asked.

Boosie, who is a father of eight children, went on to say that marriage was not for everyone.

“She knows what she fking doing. Everybody ain’t got to be mother****s and jump in marriages and steal your mothering sneaking geek.”

Both Rihanna and Rocky are rumored to be planning their wedding after the baby is born, but Boosie thinks that the couple should not feel pressured.

“Oh that’s doesn’t have to go like that. They have a mutual understanding. Everybody is not for no fake a$$ marriage. If they want to do it they can do it. They don’t have to do it when the world says.”

Boosie also kept it real, adding that relationships nowadays are different, and if a child is involved, there are few things people can do.

“You can’t judge her for not being married. Like bro, people f**king. If a baby comes, the baby’s coming,” the Louisiana rapper said matter of fact.