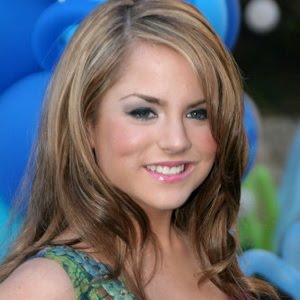 Singer Jojo Interview talks about her new album, "No Texting While Driving Campaign" And JoJo is poised to take back the spotlight with her long-awaited collection of new tunes, Jumping Trains,and is set to hit stores in the spring.

Soulful singer JoJo was just 13 when her hit "Leave (Get Out)" hit radio airwaves in 2004. Except for starring alongside Emma Roberts in the 2006 movie "Aquamarine" and releasing a second album, The High Road, in 2006, she’s mostly been in the background since. But now, at 21, JoJo is poised to take back the spotlight with her long-awaited collection of new tunes, Jumping Trains, which she had a hand in writing, and is set to hit stores in the spring.
"Right now, I’m really into boys that look like they’re from south Boston, kind of rough around the edges, but with good family values. Kind of like Mark Wahlberg," JoJo noted. "I like my Boston boys!"
Wherever their roots, any guy who hopes to snag JoJo’s heart would be wise to avoid the bad habit of texting and driving. It’s something she feels so strongly about that she’s teamed with the website Cambio to help with AT&T’s "It Can Wait" campaign against texting while behind the wheel. JoJo is the narrator of several clips to promote the cause, and she’s encouraging fans to pledge via Facebook that they won’t engage in the practice that, according to the Virginia Tech Transportation Institute, makes drivers 23 times more likely to crash.

"I think texting and driving is one of the most important issues, especially facing my generation,"

"It’s something that we all have engaged in … and something that maybe we don’t think about as being such a major concern. But I wanted to bring attention to it."