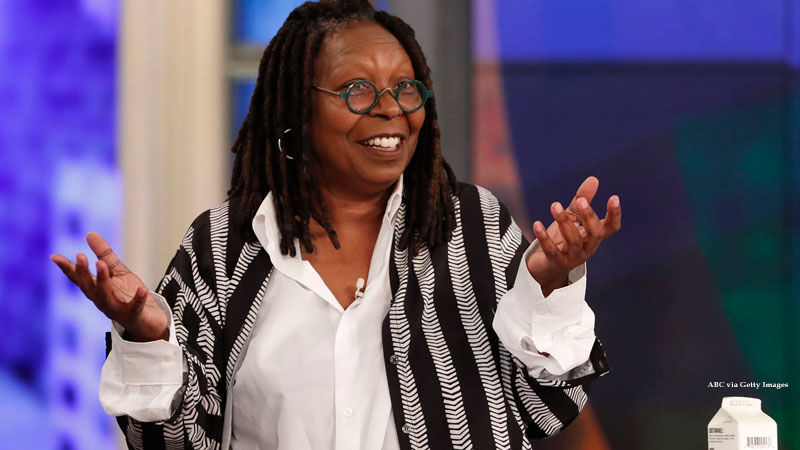 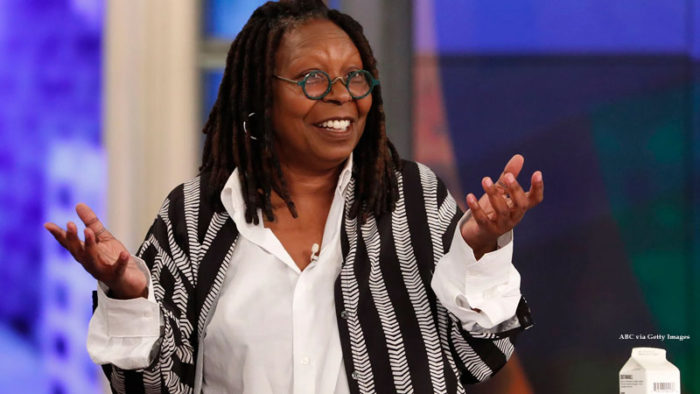 Whoopi Goldberg took no prisoners in a response to congressman Jim Jordan’s argument against a same-sex marriage bill.

Whoopi Goldberg responded to Republican Jim Jordan’s comments on a new bill that seeks to protect same-sex and interracial marriage during Wednesday’s (20 July) episode of the daytime talk show The View.

by DC Content Team
0
In anticipation of prospective Supreme Court rollbacks, the Respect for Marriage Act, which has cleared the House and is awaiting a Senate vote, tries to defend marriage equality. However, Jordan called the bill “the latest installment of the Democrats’ campaign to delegitimize and intimidate the United States Supreme Court”. “Democrats can’t run on their disastrous record,” he said during a debate. “They can’t run on any accomplishments less than four months before an election, and all Democrats can do is stoke unfounded fears.” Goldberg didn’t take this sitting down. Addressing Jordan directly, she said: “I know you don’t really pay attention to much, but I will say that what the Democrats seem to be running on is also protecting everyone’s rights regardless of whoever you love. “They’re trying to make sure that the rights you are so easily able to give away, we’re trying to hold on and say, actually, you can’t do that. “Especially for a lot of folks who are also married interracially, which is coming up bobbing its ugly head around.” In response to Democratic representative David Cicilline’s remarks on the House Floor on 19 July – saying: “same-sex couples and interracial couples get married for the same reasons others get married: to make a lifelong commitment to the person they love” – The View co-host Joy Behar spoke about her own marriage. “That is the reason I got married, and I’m a heterosexual, I’m married to a man. People say: ‘Why’d you get married? You’ve been together 30, 40 some-odd years.’ “Well, because a gay person in my family was in the hospital and her girlfriend could not make a decision for her, and I saw that and I said: ‘I can’t let that happen to me.’” Since Roe v. Wade was declared invalid by the Supreme Court, there have been concerns that marriage equality may be reversed. In a concurring statement, Justice Clarence Thomas stated that the Roe ruling affords the chance for the court to “reconsider all of this court’s substantive due process precedent.” Thomas mentioned several decisions, including the 2015 Obergefell v. Hodges case, which legalized contraceptives and declared “sodomy” laws to be illegal. This case created a federal right to same-sex marriage. Goldberg has previously hit back at Thomas, who is married to a wife woman, saying: “You better hope that they don’t come for you, Clarence, and say: ‘You should not be married to your wife.’” If Obergefell were to be overturned, the 1996 Defense of Marriage Act’s proclamation that marriage is a union between a man and a woman would be reinstated. The Respect for Marriage Act would also extend further rights for interracial couples. On Tuesday, July 19, the House passed the legislation by a vote of 267 to 157, with an unexpected 47 Republicans supporting it. Republicans made up all 157 of the lawmakers who voted against the plan. Republicans in the Senate were predicted to completely block it or at least slow it. However, the bill may have a remote possibility of passing and becoming a fully implemented law after four Senate Republicans backed it. Republican senators, according to Reuters Susan Collins, Rob Portman, Lisa Murkowski, and Tom Tillis have all said they support the bill. Within a 24-hour period, Democratic Senate majority leader Chuck Schumer altered his mind on the proposal. After first declining to comment on it, he then declared that he would seek to secure the necessary 10 Republican votes to enact it into law. Some senators, including Mitch McConnell, have postponed their consideration of the laws in order to “see what the majority leader wants to put on the floor,” according to McConnell.
Previous Article