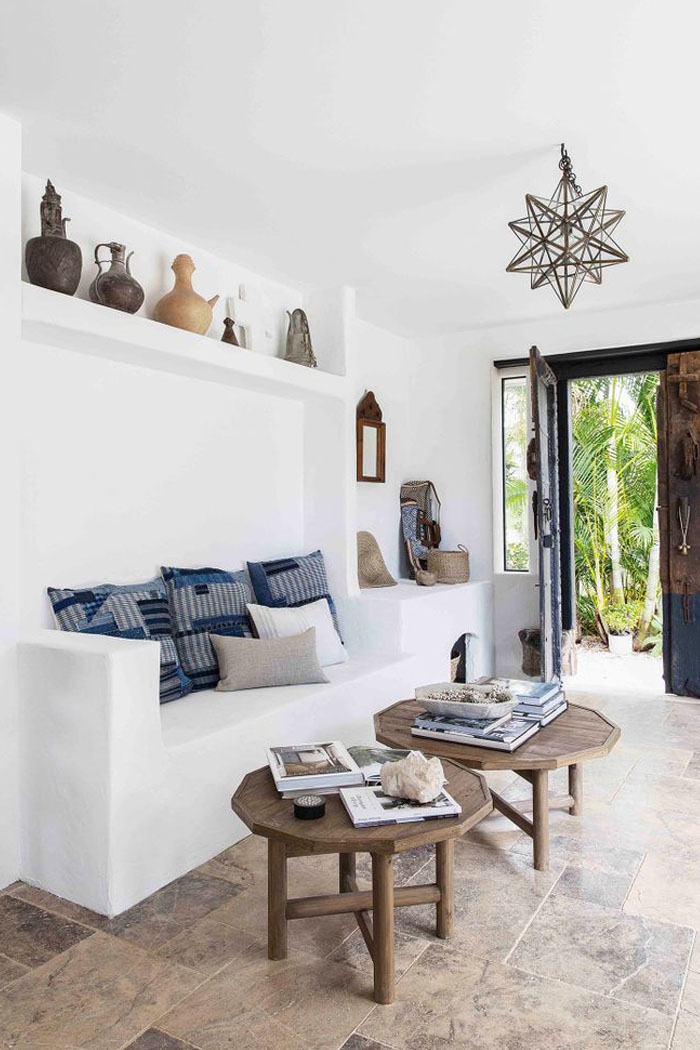 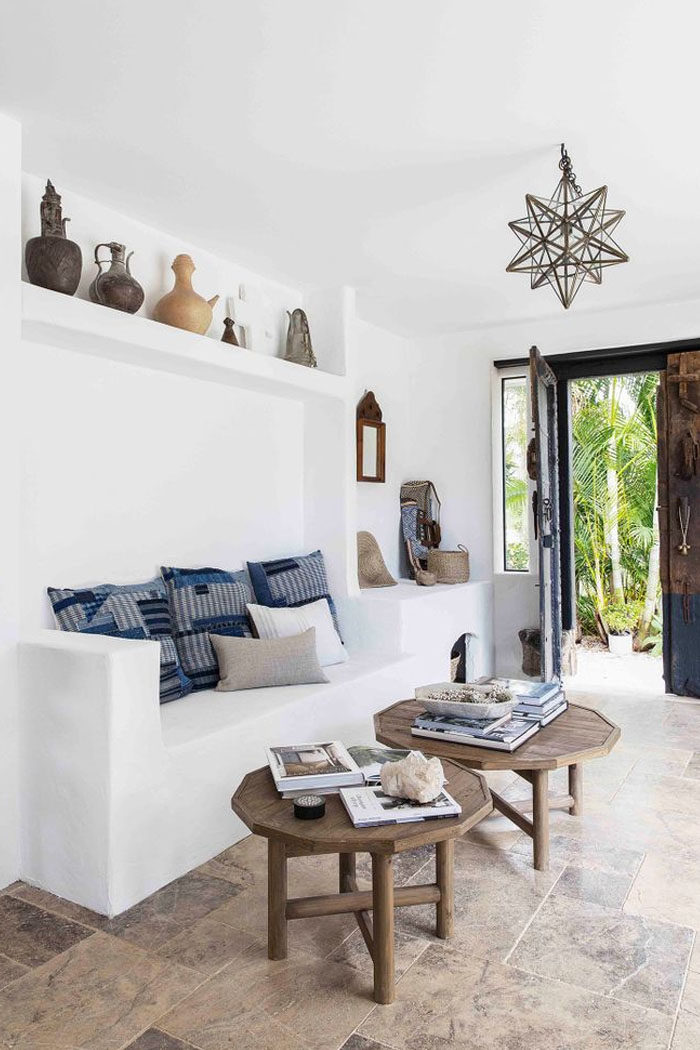 Before they’d even received the keys to their house, Amanda recalls climbing through a window with husband Brad to peel back the carpets and see what lay beneath. “We were dying to get started and make changes, because the house wasn’t aesthetically pleasing in any way,” says Amanda. “We’d bought because the block had two beautiful big old fig trees, plenty of space for the kids to run around and we really liked the area.”

Ten years on, the home in the Byron Bay hinterland is unrecognisable; a testament to the couple’s wish to create a haven for themselves and children Phoebe, 17, Indiana, 14, Summer, 11, and Marley Rocket, nine. Ripping out the carpet was only the beginning. “In the early days we’d put the kids to bed, put on the tool belts and begin knocking out internal walls, dismantling light fittings, chipping away where we could,” says Amanda. “It was full on.” The couple was determined to make the most of the 1970s double-brick home and its modest footprint – and over time they reimagined the entire layout, shifting the entrance, kitchen, living and dining areas. Two bedrooms were cleverly carved up to create three children’s rooms and a bathroom, linked via a built-in veranda. New enlarged windows and doors throughout the house draw in abundant natural light and connect the internal spaces to the outdoors.

A shed on the property was also converted to include a mezzanine level, two bedrooms, a bathroom and an open-plan studio from which Amanda runs her homewares business, Casa Bohemia. The masterstroke? Rendering, inside and out, which set the tone for the home’s distinctive style. “I’ve always loved European architecture, which ages well over time, and I really wanted the home to feel like it’s always been here,” says Amanda, of the hand-trowelled tactile finish. The home’s interior is layered with sentimental pieces and finds the owner collected during her trips overseas, which complement the timber furniture, vintage light fittings and tactile textiles. “Now we’ve settled, I love the way everything has come together,” she says. “It all ignites memories and reflects where we’ve been.” As for the future, the next stage includes plans for an outdoor room, an extension of the couple’s bedroom and a pool. “This is the only house we’ve bought and I think it will always be home,” reflects Amanda. “Because we built it together it has a special connection to all of us.”