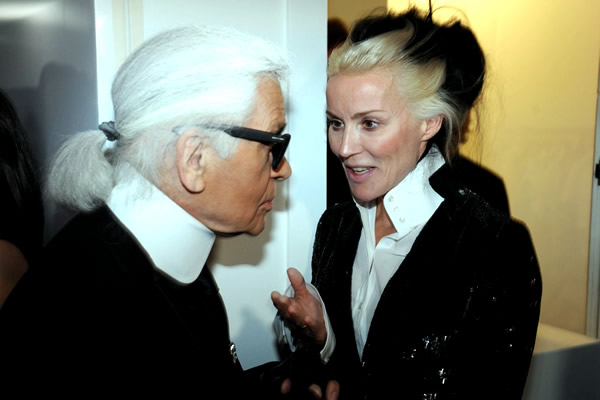 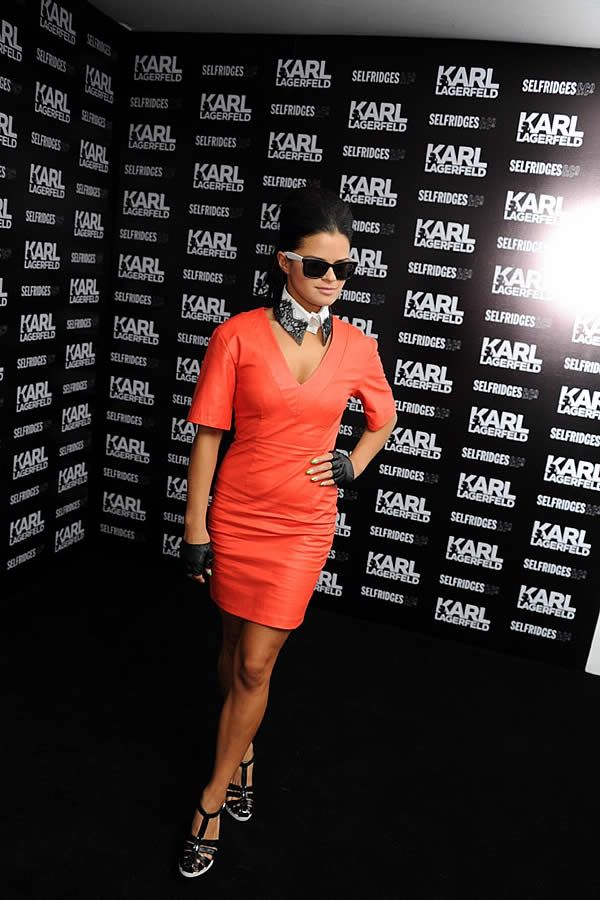 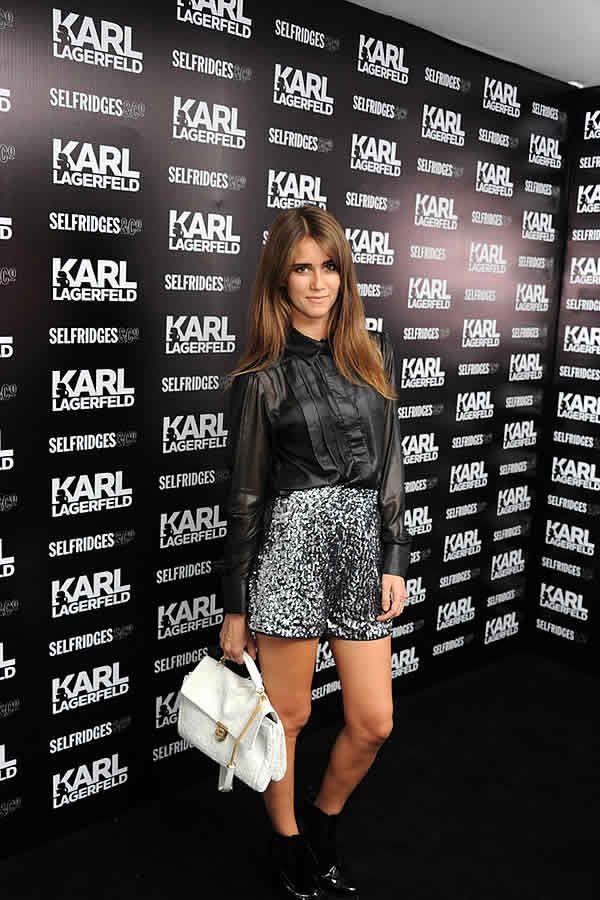 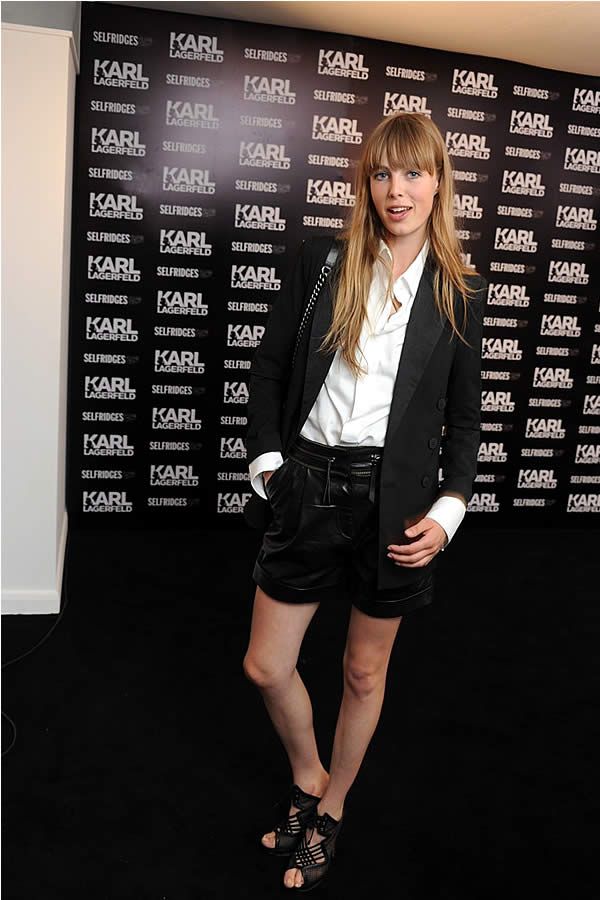 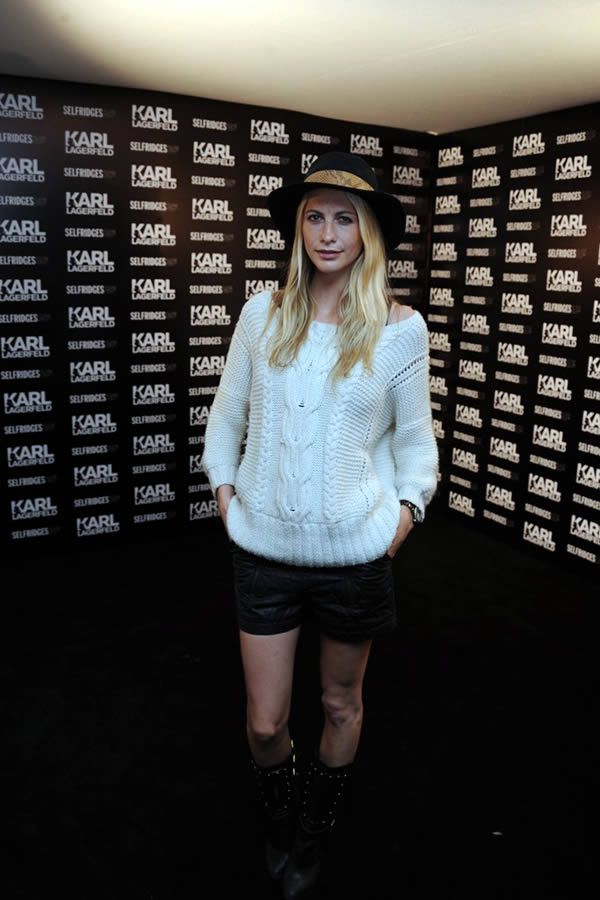 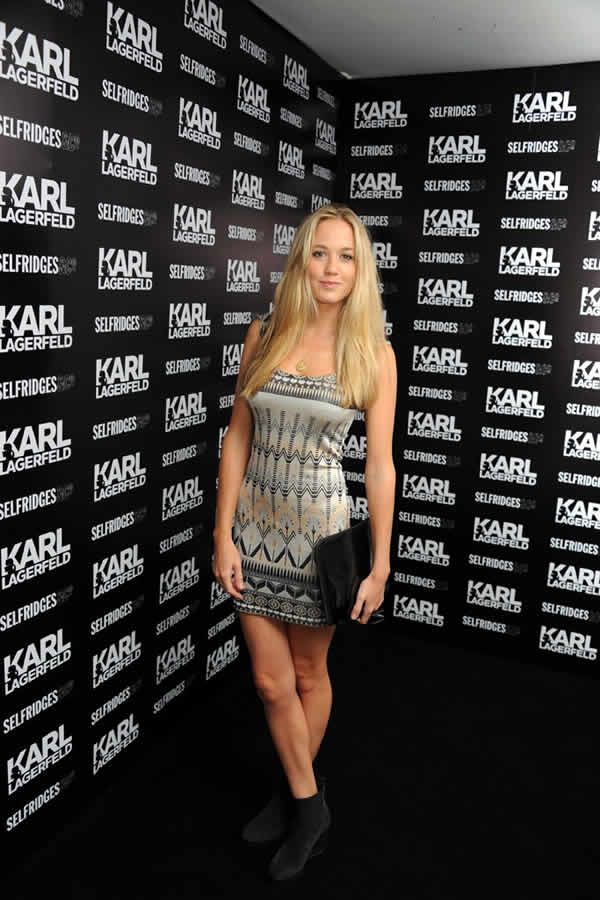 "Now when I put on my sweatpants, I do really think ‘My life is over,’" said Zara Martin, paraphrasing Karl Lagerfeld, whose aphorisms were plastered across the walls of Selfridges’ top floor for a party in honor of the designer.

As she uttered this, Martin was fiercely whipping a baroque black fan in front of her face. Another homage to Karl? "No — it’s just generally hot up here!" she replied.

Martin and her pal Jade Williams, Daphne Guinness, Poppy Delevingne, Josephine de la Baume, Laura Carmichael, Tallulah Harlech and Portia Freeman were among the guests who zoomed up black Lagerfeld-logoed elevators to the store’s top floor and outdoor terrace area, where they drank Champagne and spent the better part of two hours waiting for the guest of honor — who finally arrived at 9:00 p.m.

Earlier that evening, Lagerfeld was on the store’s third floor, busily promoting his pop-up shop of Olympics-themed clothing for women — in metallic gold, silver and bronze — and his Karl Lagerfeld Paris men’s wear, which will be sold exclusively at Selfridges.

Harlech, who’s known Lagerfeld since she was 12, recalls missing her big chance to cement their complicity. "A long time ago — for a second — I was learning German, and Karl got very excited. But then I switched to Spanish. My loss! We could have had a more special bond."

De la Baume, who came to the party on a high after discovering that her latest film, "Kiss of the Damned," has been selected for the Venice Film Festival, said she loves the way the designer cuts his clothes. "I like to wear quite masculine clothes, and his jackets are so well-cut. Even when he’s doing men’s style, you still feel feminine." – WWD

All The Looks From The 2020 SAG Awards

Here’s What Everyone Wore To The 2020 Critics’ Choice Awards

All The Looks From The 2020 Golden Globes Red Carpet