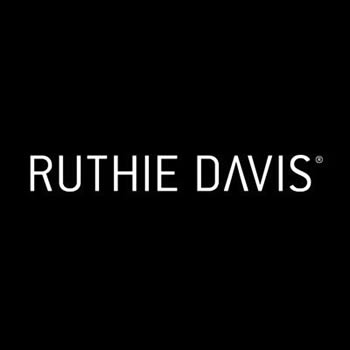 Ruthie Davis offers more than fashion and footwear, she offers a lifestyle that embodies the brand DNA that has been so carefully crafted over the years: to stand out and stand tall, to set trends yet stay timeless. As a CFDA (Council of Fashion Designers of America) member and an AAFA’s (American Apparel & Footwear Association) Designer of the Year, Davis designs footwear that is far from conventional.

Every shoe is a piece of architectural art, all while staying true to the chic, modern and sporty designs that women worldwide have fallen for. Residing in New York City and President of her eponymous brand, Davis has the advantage of being a woman who designs for women.

Davis honed her design and marketing skills by holding executive positions at Reebok, UGG Australia and Tommy Hilfiger before launching RUTHIE DAVIS in 2006. The RUTHIE DAVIS brand is sold primarily direct-to-consumer at RUTHIEDAVIS.COM. In July, 2019, she launched her first retail store as an in-store shop at NYC’s The Curated by Christian Siriano and she plans to open her first NYC freestanding RUTHIE DAVIS store in 2020.

A trailblazer in the realm of collaborations, Davis has recently partnered with Disney on the notable Disney x Ruthie Davis shoe collections for Snow White, Mulan and Jasmine. She also recently partnered with Disney on the Frozen 2 Collection and in March 2020 will launch her Mulan Live Action Collection in conjunction with Disney’s Mulan Film release March 27. This popular collaboration was recently honored by the American Apparel & Footwear Association with the 2019 American Image Award for “Collaboration of the Year.”

She has also worked with Universal Illumination on a Ruthie Davis x Minions collection, Swarovski on a capsule collection, HSN on their Disney “Beauty and the Beast” Event, Ruthie Davis X John Bartlett on a vegan capsule and Designow on her first apparel collection.

The designer’s cutting-edge vision has awarded her a number of accolades, including the American Apparel & Footwear Association’s 2014 “Designer of the Year” award and 2019 “Collaboration of the Year” award, FashInvest’s 2016 “Fashpreneur” award, WGSN’s Global Fashion Collaboration of 2015 Nominee and Babson’s 2015 “Entrepreneur Hall of Fame” award. Year after year, she has been named one of Footwear News’ “20 Directional Design Stars,” in 2012 was noted as one of Vogue Italia’s top “Vogue Talents,” and one of Goldman Sachs’ 100 Most Intriguing Entrepreneurs.

In addition to overseeing the operation of her company, Davis serves as a television fashion expert with regular spots on Bravo, E!, Bloomberg, CNBC, Fox News, CBS News, Yahoo Finance and NBC among others. She is involved with various organizations including being an elected member of the University of Delaware Arts and Science’s “Fashion Advisory Board,” the Loomis Chaffee “Head Council” and the New Britain Museum of American Art’s “Education Committee.”

She is a recurring guest lecturer at MIT Sloan School of Management and NYU Stern Business School. She taught a course on footwear design at New York’s Fashion Institute of Technology (FIT) and is doing the same at the University of Delaware. She consistently dedicates time to mentoring emerging designers and entrepreneurs by speaking at colleges, business schools and design schools, but her message is always the same, “Find your passion, work hard, live your dreams.”