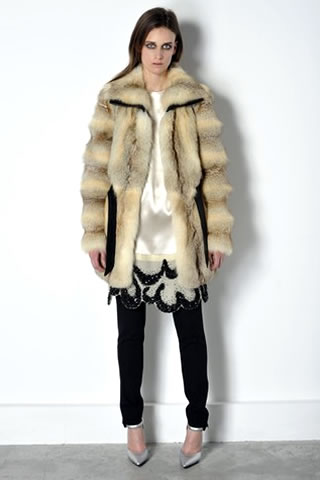 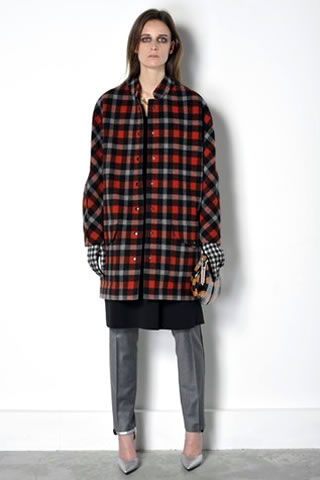 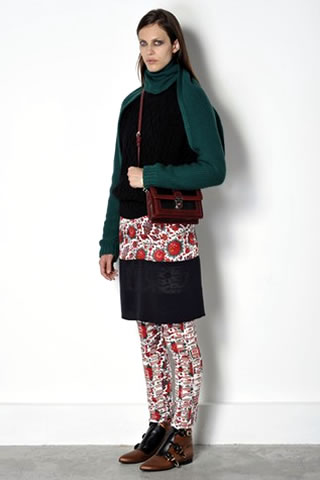 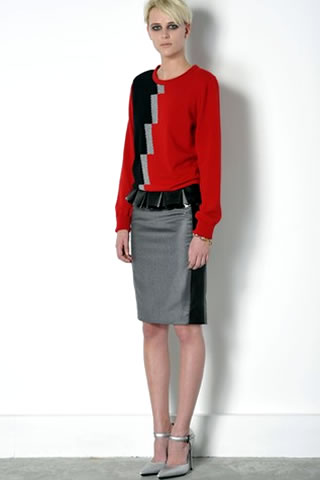 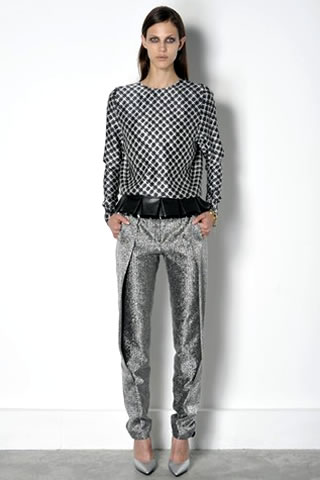 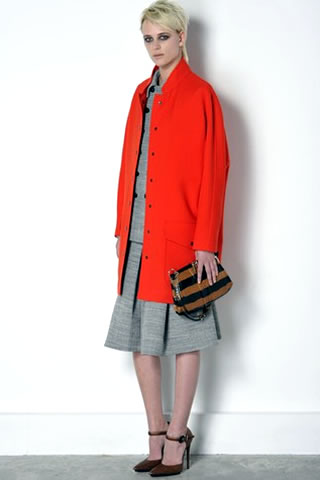 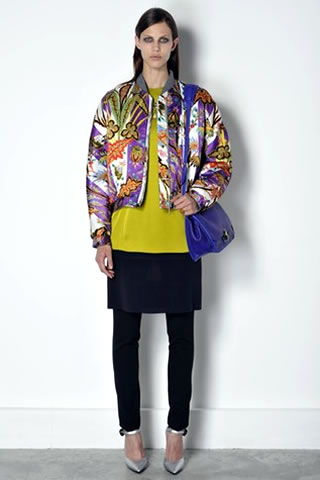 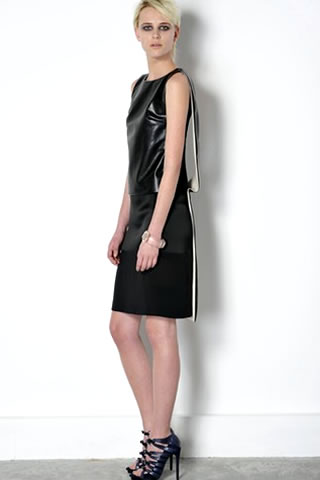 For Pre-Fall 2011, Nicolas Ghesquiere showed off a collection filled with tunic dresses paired with slim cigarette pants, printed statement coats, and lady-like skirts. On the accessories front ever a point of note in the Balenciaga realm meanwhile, Ghesquiere highlighted silver point-toe heels and colorful frame bags.

Although the fabrics are still stiff, the silhouettes are still cocoonish and the pants are still pencil-leg, Ghesquiere has definitely softened things up a bit. He introduced more organic-feel materials like silk, fur, soft knits and wool plaid. It will be interesting to see how he will develop Balenciaga Fall 2011 further. Another collection of stiff androgynous silhouettes would be a bit one-note and we already know that Ghesquière is anything but.
Nicolas Ghesquiere was born in France and raised in London. Since Nicolas was 12 years old all he ever wanted was to become a fashion designer. At age 14 he received an internship with a French designer Agnes. Later on, Nicolas Ghesquiere decided to go back to school, after he realized that fashion is hard work. After finishing his studies, he worked for a few years as assistant for designer Jean-Paul Gaultier. In 1997, Nicolas Ghesquiere became the head of Balenciaga. His designs are cutting edge with a focus on the future by mixing elements of science fiction with organic forms and French classicism. Nicolas Ghesquiere signature silhouettes are skinny pants and voluminous blouses. Balenciaga became famous for their motorcycle inspired handbags line.
Previous Article