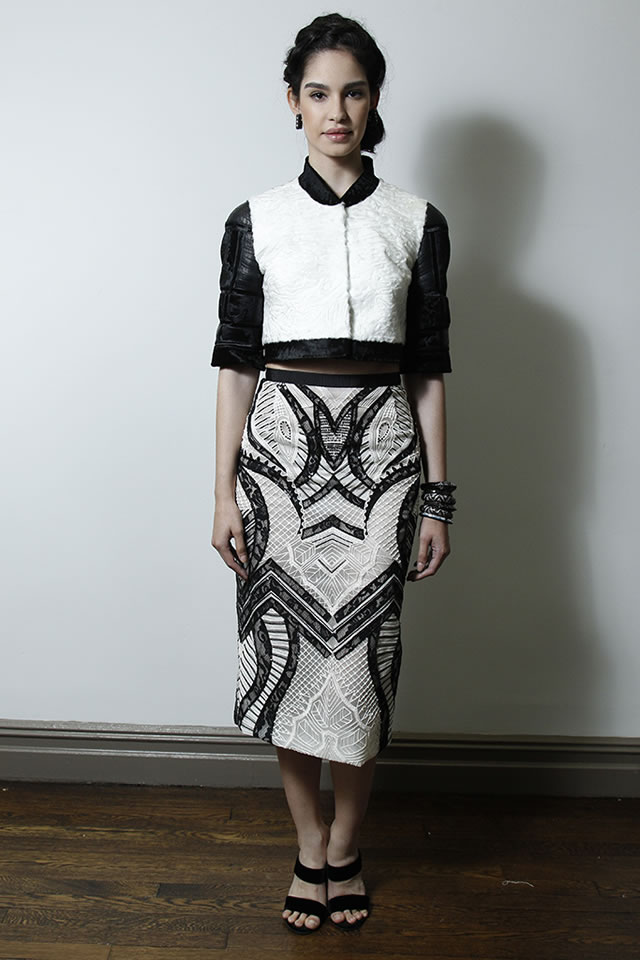 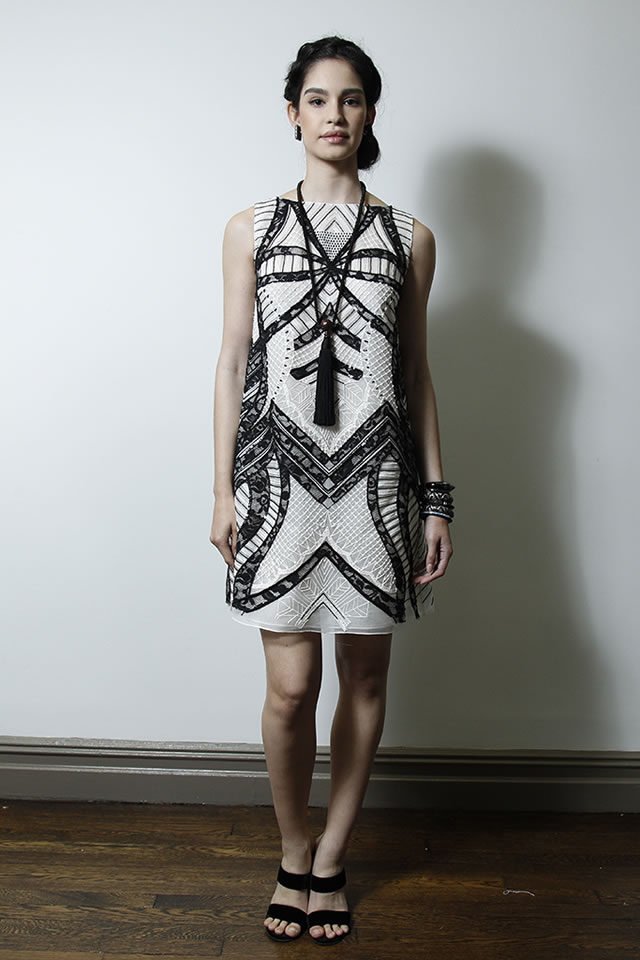 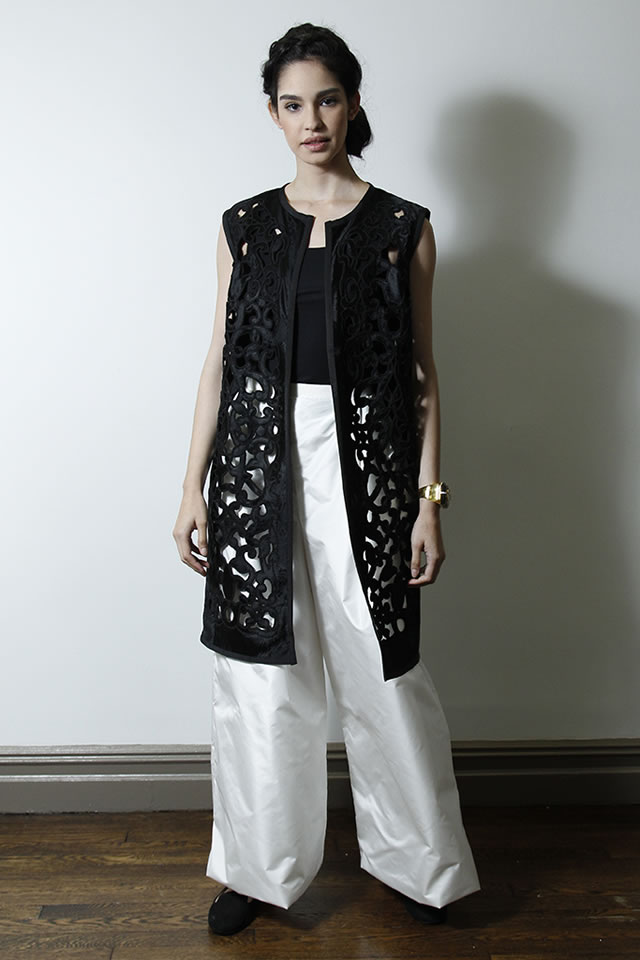 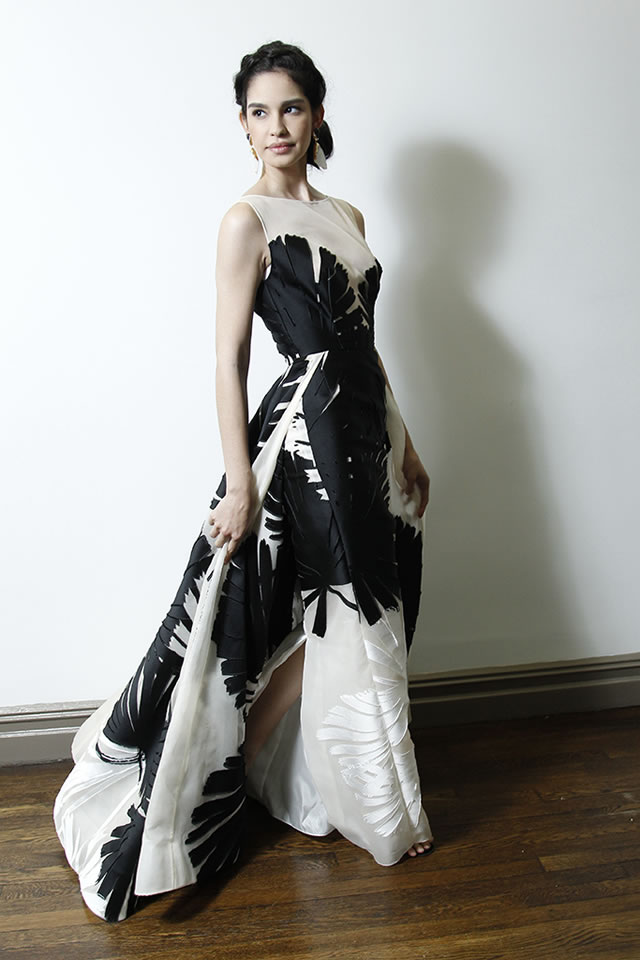 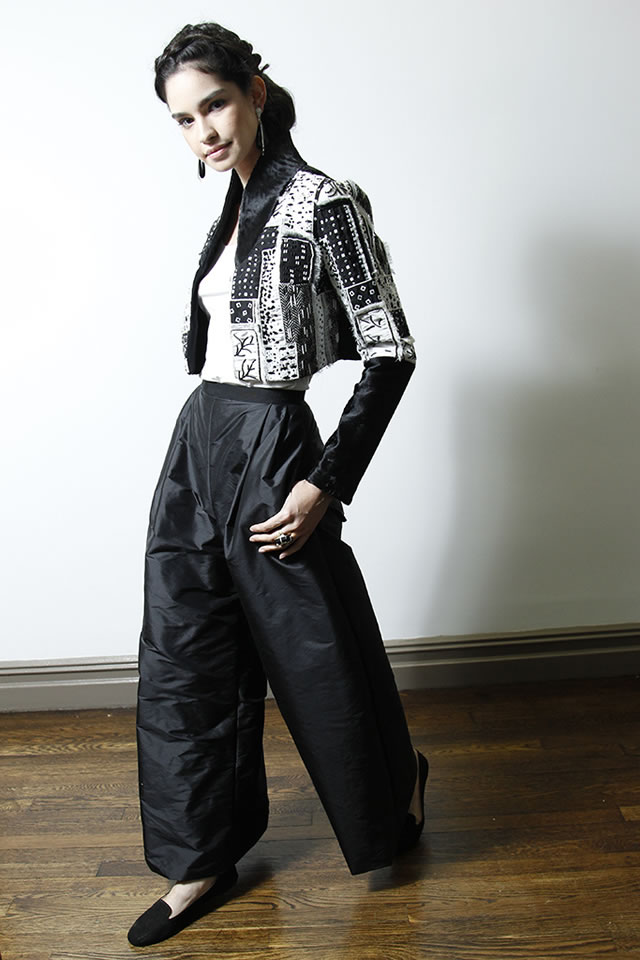 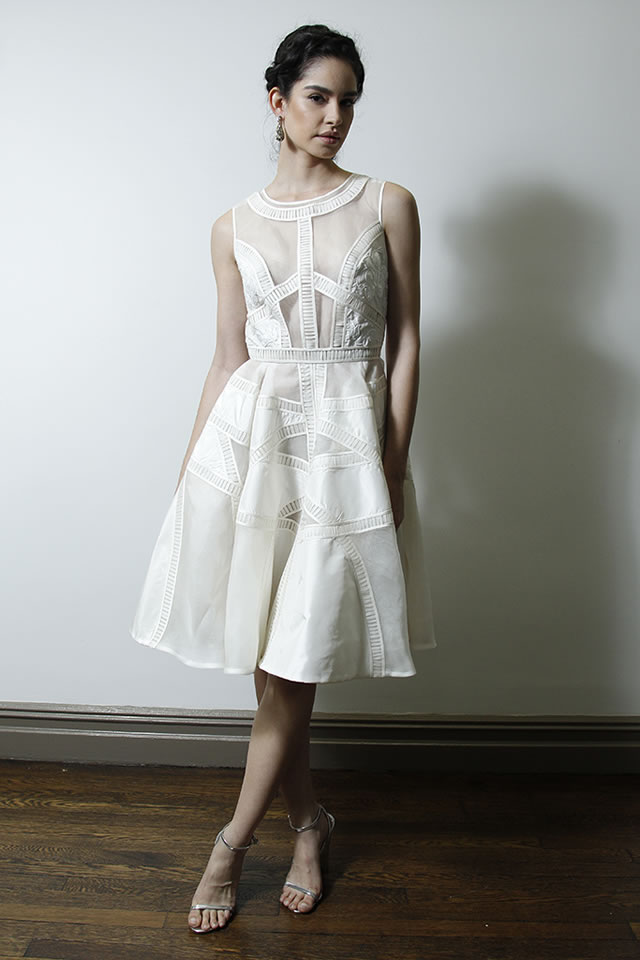 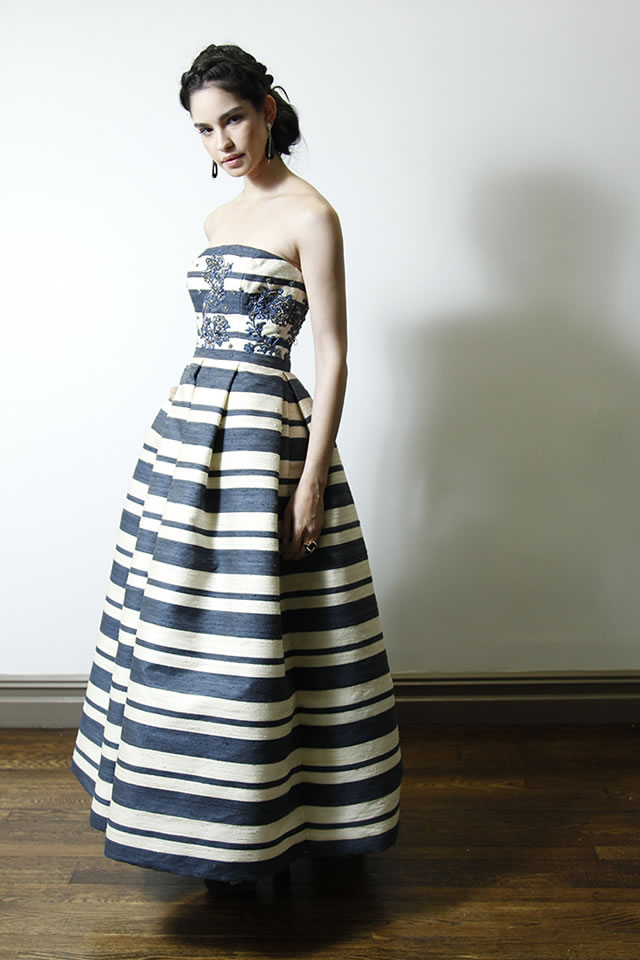 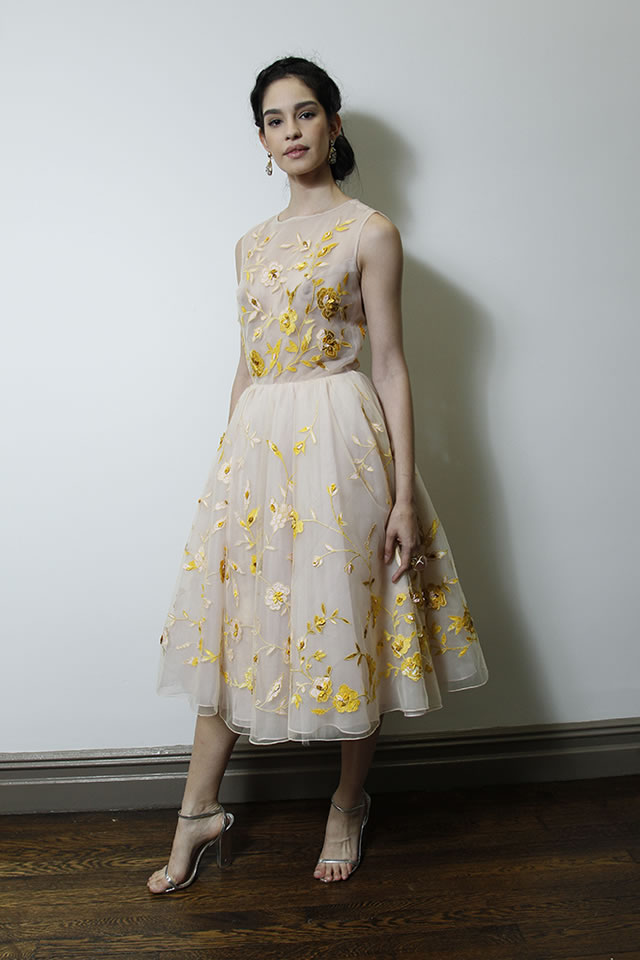 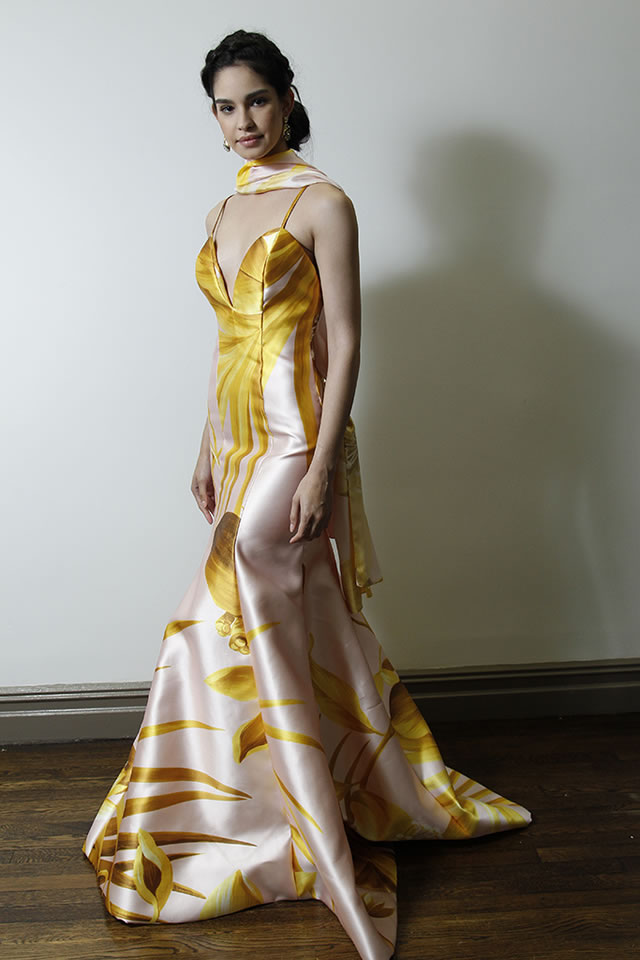 It was Basso Light for resort. That’s how Dennis Basso saw his “unorthodox” approach to fur this season as he designed them “in pieces.” Patchwork was a better description for the elaborate mixes of black broadtail or white quilted sable with lace, organza, silk ribbons and beaded houndstooth cashmere he used for a slim coat or little bolero and shown over wide silk taffeta pants. It might sound like a lot, but Basso achieved a surprisingly sleek elegance with even his wackiest combos. Stripped of embellishment, was a knockout long broadtail vest in a hand-cut, oversize eyelet effect, which he also used for coats and jackets.

Basso’s eveningwear has evolved each season in both range and creativity. Here he showed gowns and tea-length dresses in a tangerine tie-dye chiffon and in a charming, appliquéd pink silk organza. A chic navy-and-white bamboo linen group included a simple A-line dress and mid-calf styles with beaded bodices. He said he is particularly happy with the success of the 2,400-square-foot Dennis Basso boutique in Harrods in London, that “has attracted an international customer who loves special-occasion dresses.” So much so that the store recently opened a separate Dennis Basso children’s boutique, where a girl’s party frock starts at $2,600. “All made in New York, ” he added proudly.