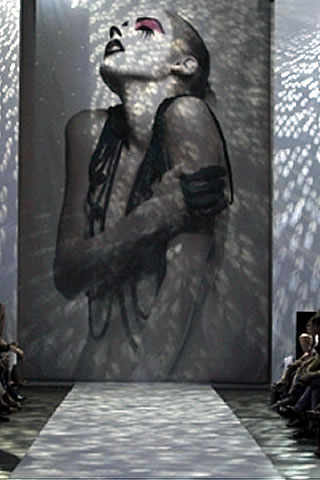 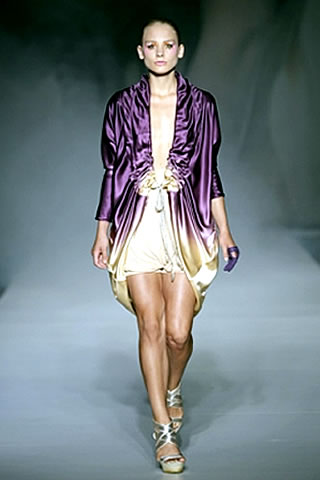 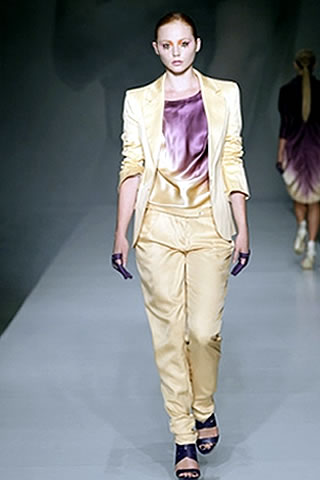 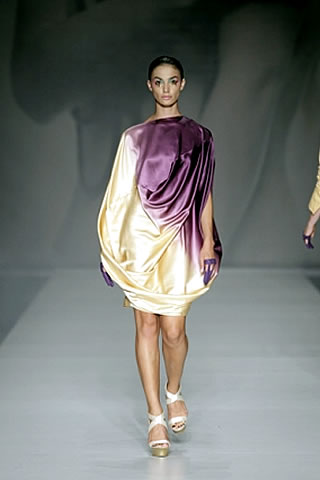 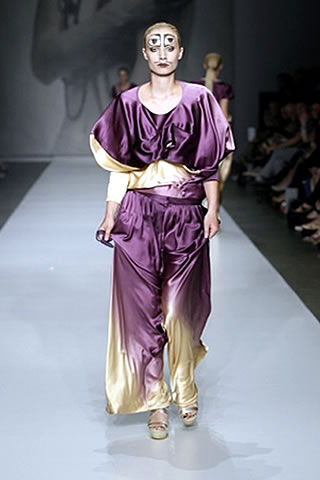 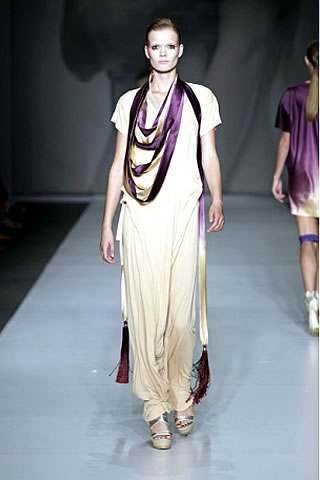 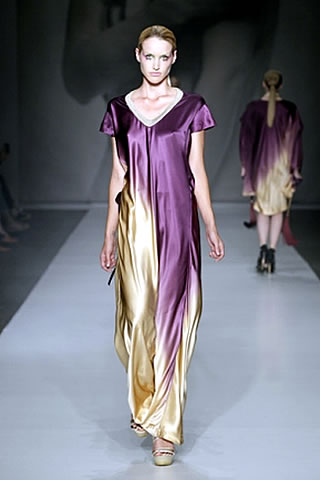 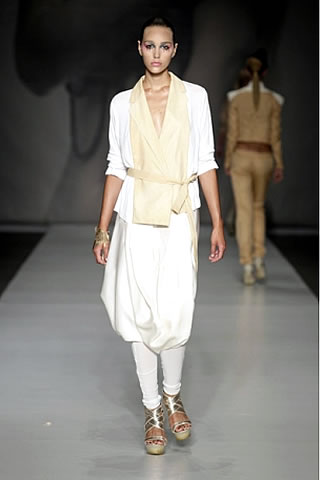 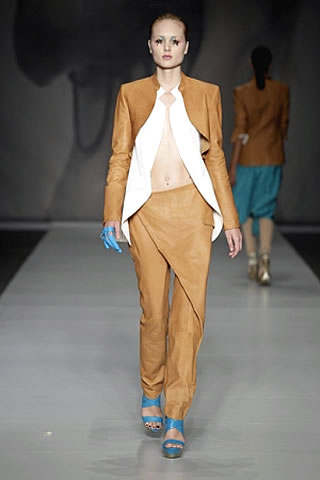 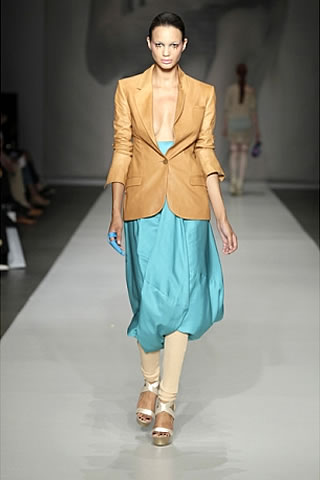 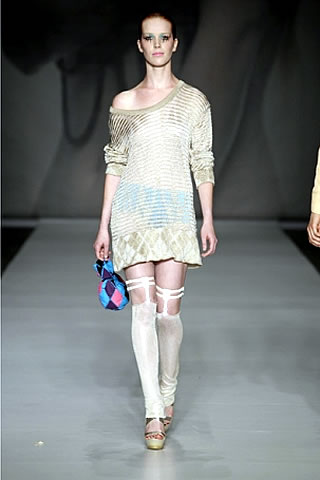 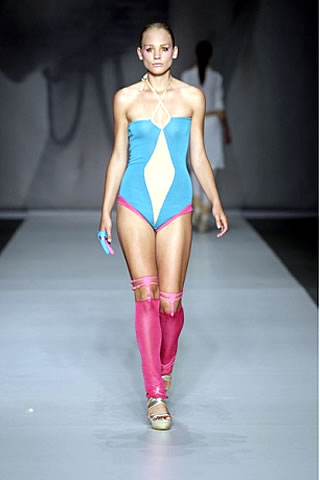 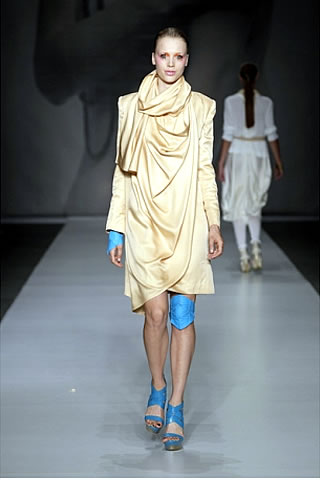 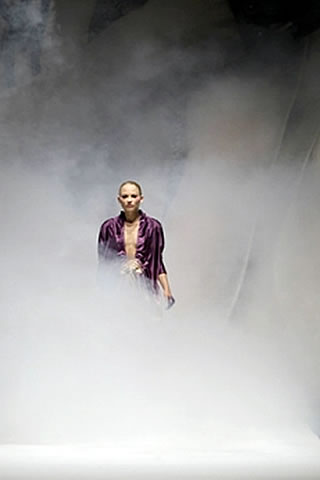 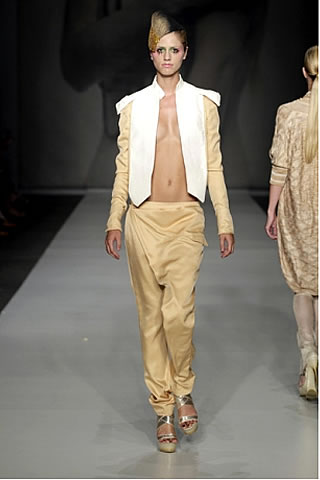 The Individuals fashion show we saw on Thursday was named Some dream of running away to the circus.

The Individuals fashion show we saw on Thursday was named Some dream of running away to the circus. The show was all about elegant wearable clothes with fun details. After lots of smoke was blown in the air the first girls appeared. They wore dresses, tops and pants in purple and champagne. Some pleats and fringes were nice details and most of the clothes were loose fitting.

Leather accessories like gloves and knee-bands gave the looks a fun twist. And the knee stockings added some extra color.

The models all had beautiful make-up, completely matching with the show’s circus theme. The colors of their clothes (dazzling white, popping pink, daring turquoise en cannon ball black) were used for the make-up as well.

The collection had some pretty strong outfits in it. They were beautifully tailored and had a nice, wearable silhouette.

Individuals is an ever changing collective of young creative designers. By combining talent every time an inspiring story is told. Every generation adds it’s own unique chapter to the continuing story of Individuals.

Individuals is sold in the Netherlands and is now focusing on expanding abroad (United States, France, Japan and Denmark). In September an Individuals pop-up store will be opened in London.