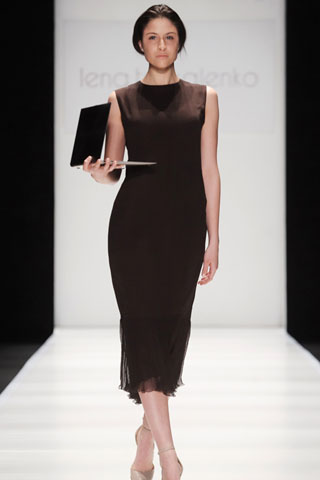 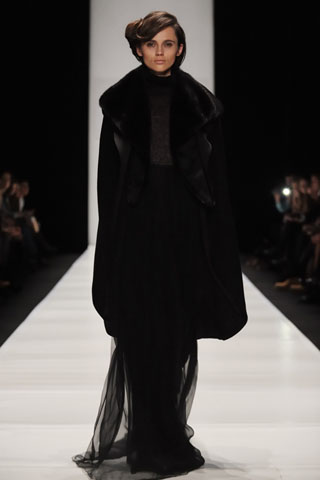 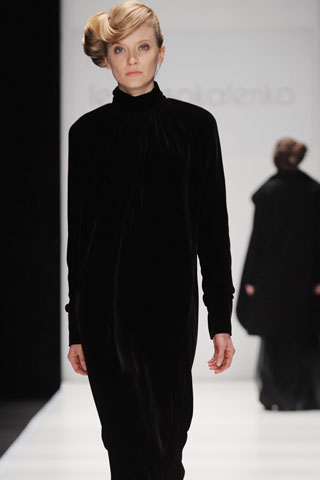 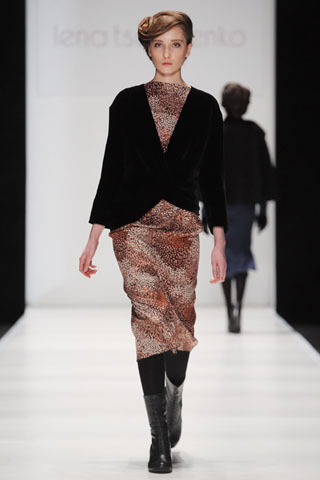 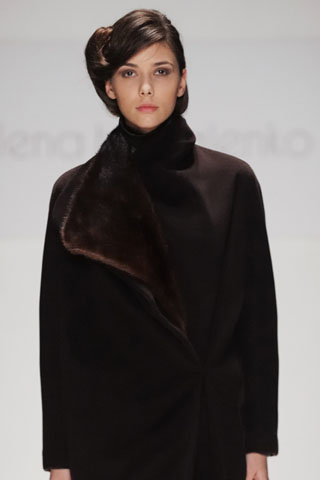 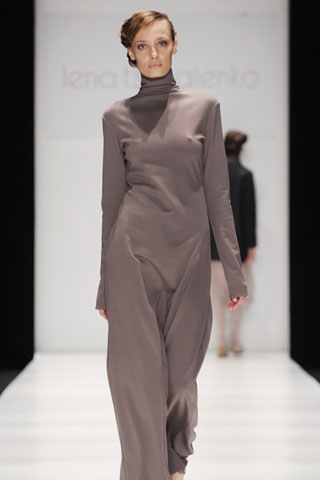 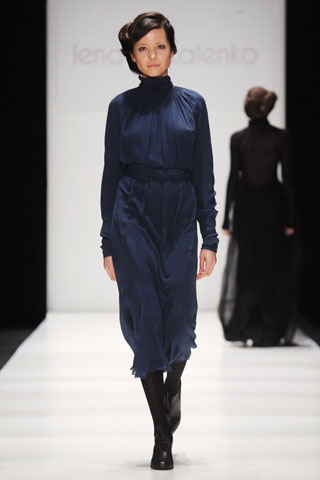 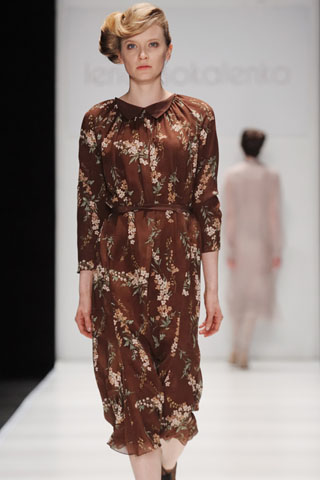 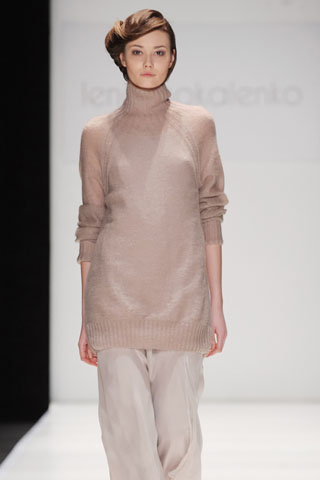 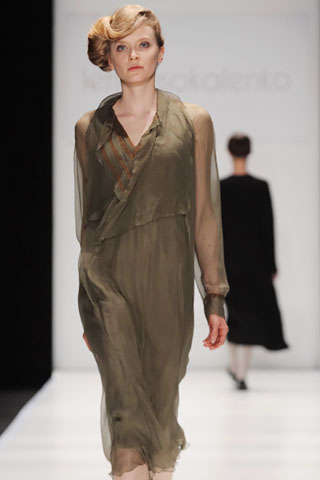 With bated breath
One of the strongest designers’ of the Week, Lena Tsokalenko, once again showed how to create using the simplest, or even banal ingredients, a show that literally makes the audience stop breathing. A sensual soundtrack, a conservative selection of models and a minimalistic scenogram – it sounds simple, but try copying it!

However, the key role in the show belonged to the collection itself, where Tsokalenko managed to feel and express that exact shade of melancholy which is appropriate for cold seasons. Classical in their spirit, but absolutely contemporary in their performance, the long gowns inspired femininity which is known to be most attractive when combined with a little bit of strictness. The fact that Tsokalenko feels quite at home in such aesthetics, is no news, but watching her step by step extending her creative space is a sheer pleasure. This season her signature long gowns were accompanied by incredible fur coats, which, cut in a completely new way, materialize those style features that make Tsokalenko the most-awaited guest of the Week.