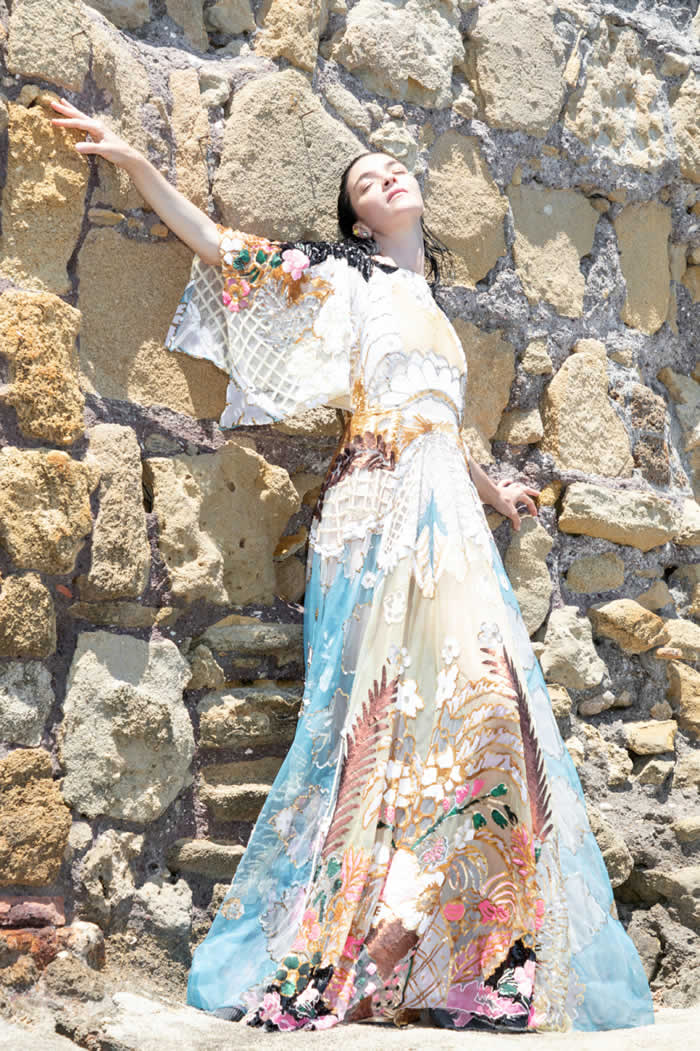 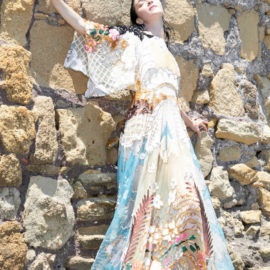 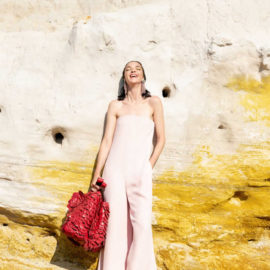 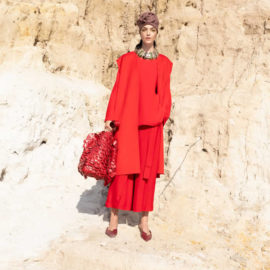 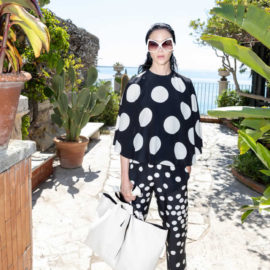 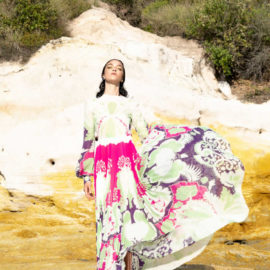 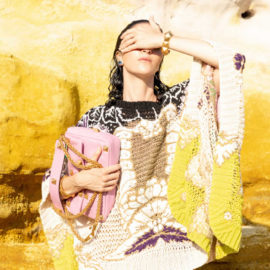 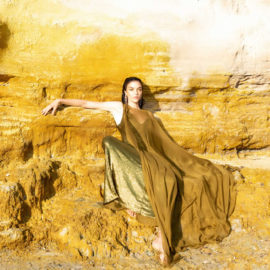 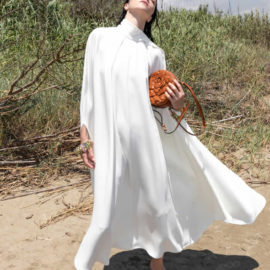 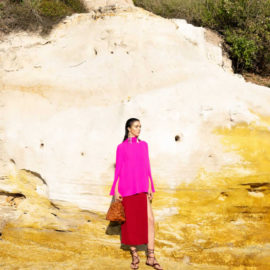 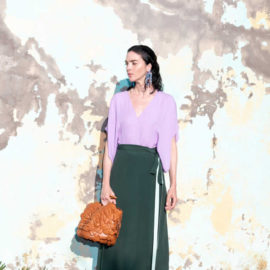 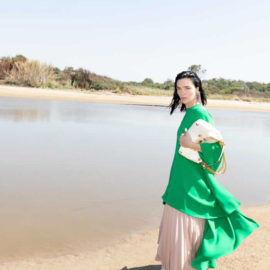 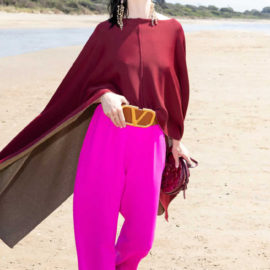 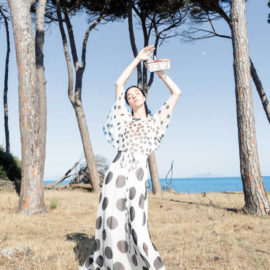 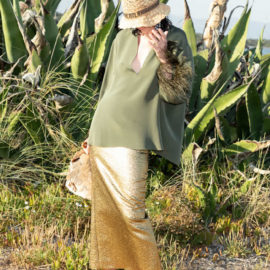 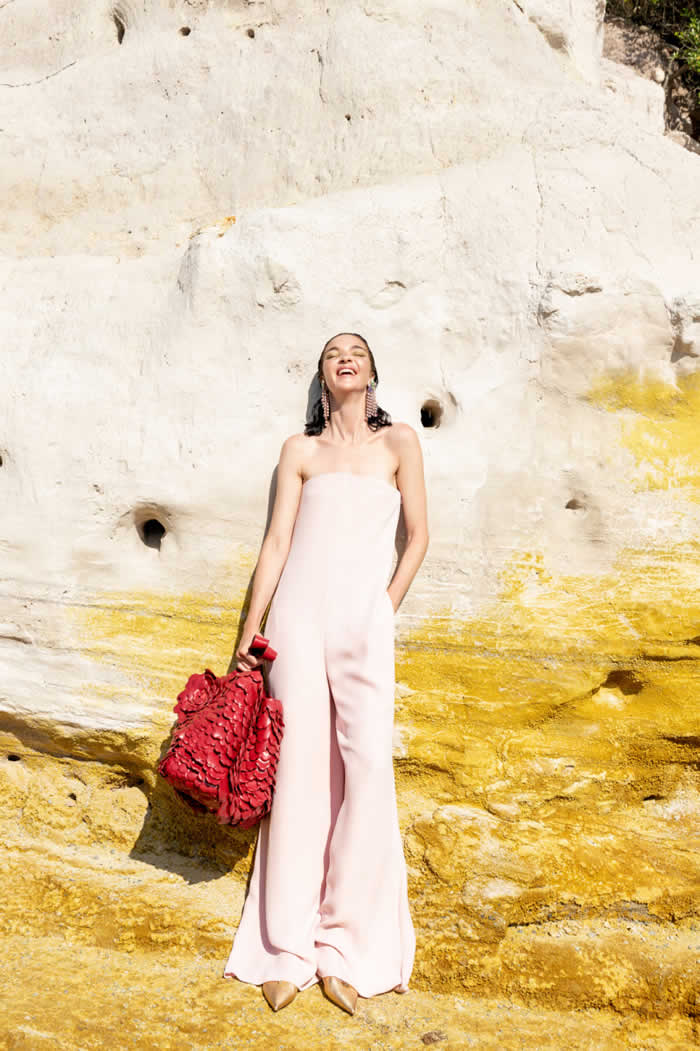 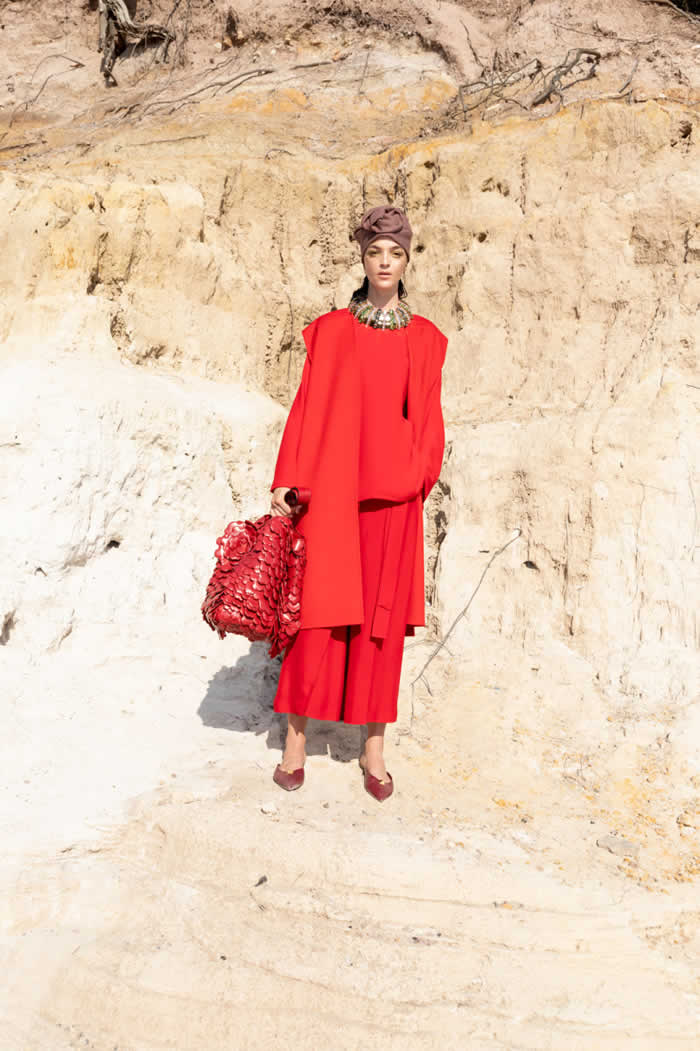 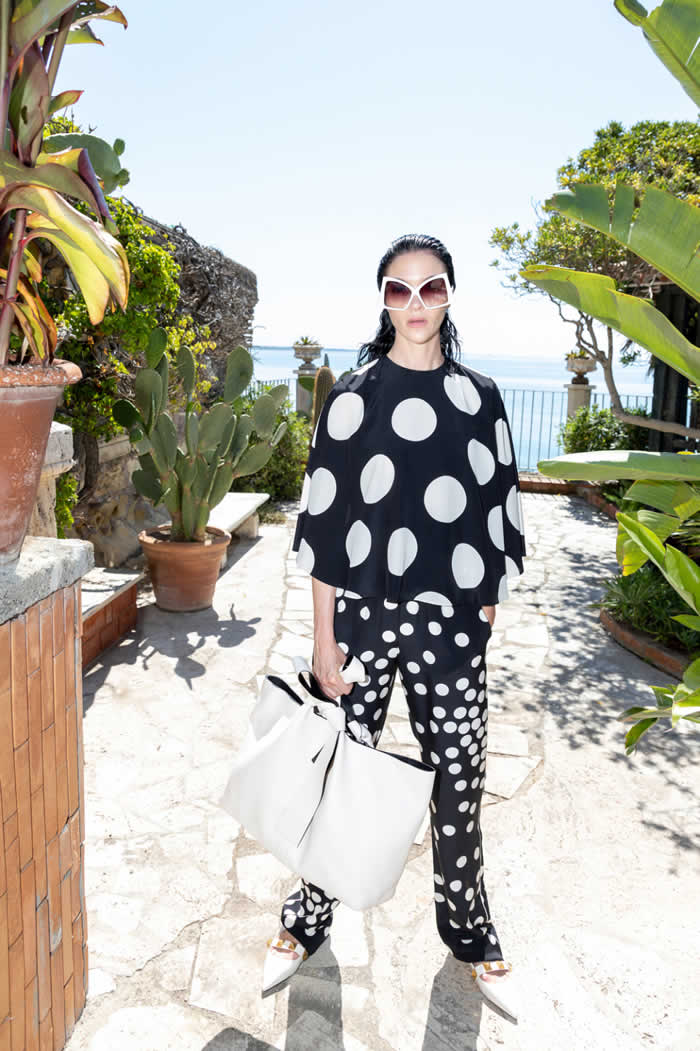 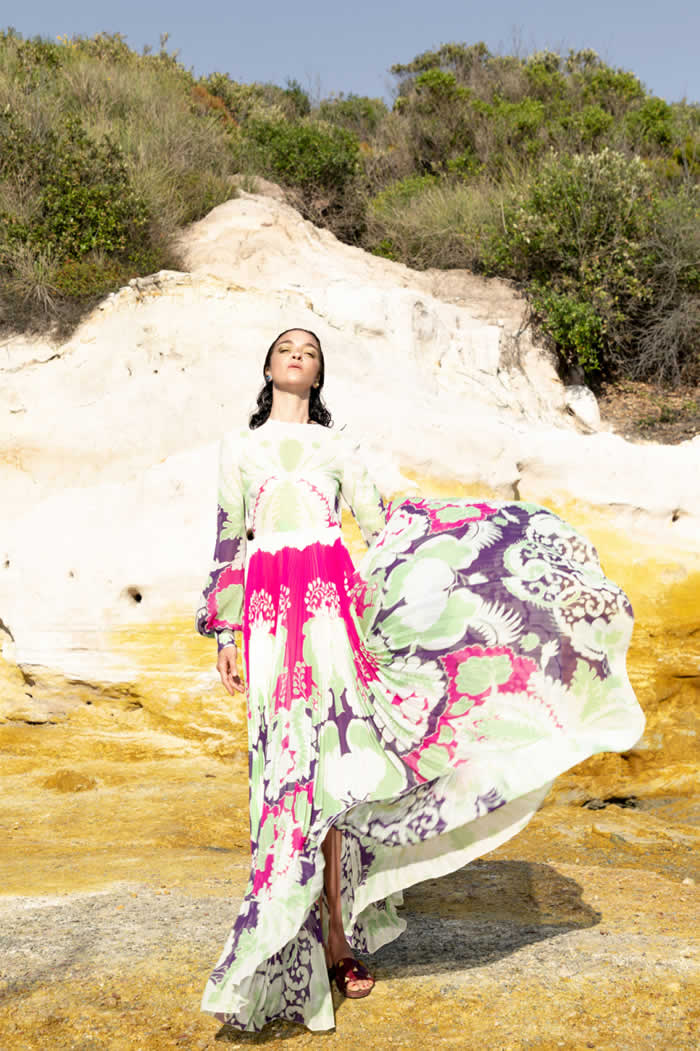 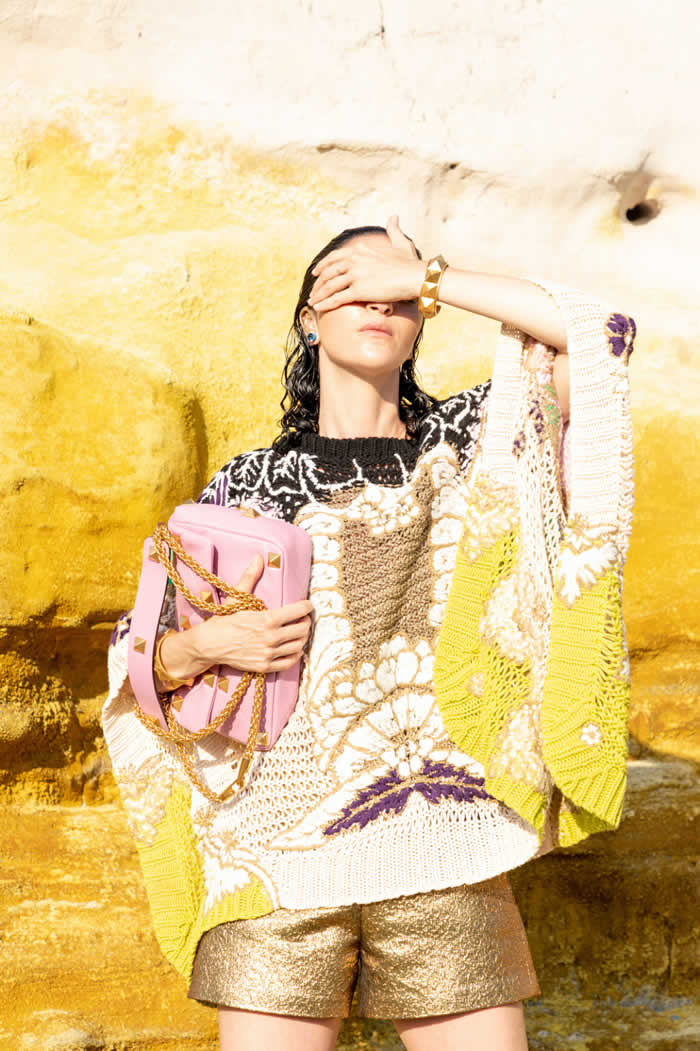 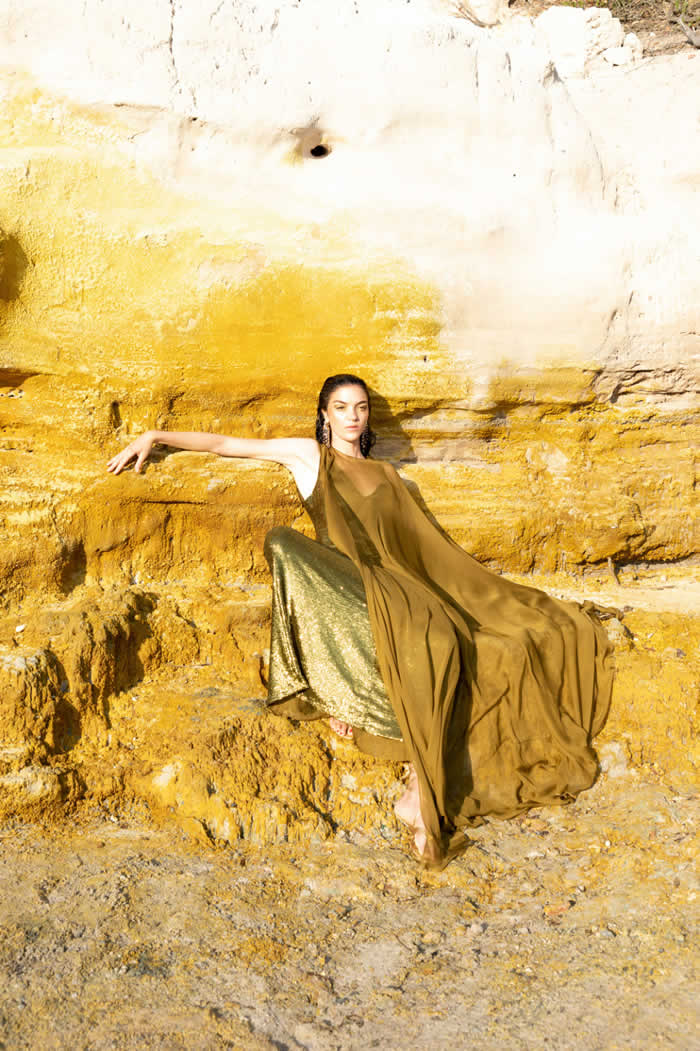 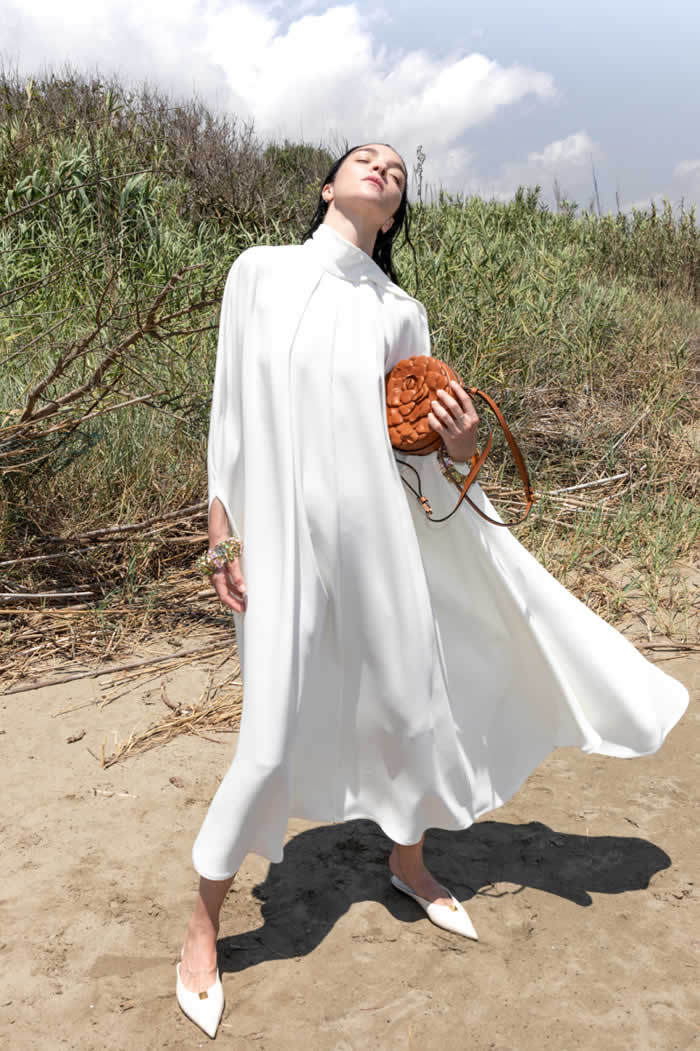 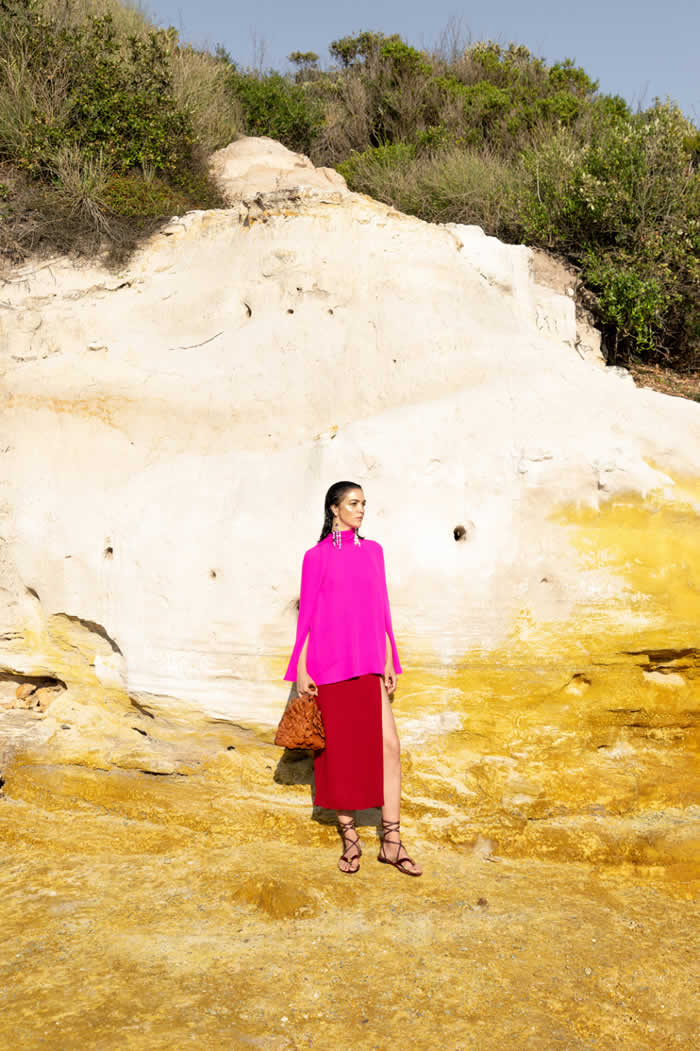 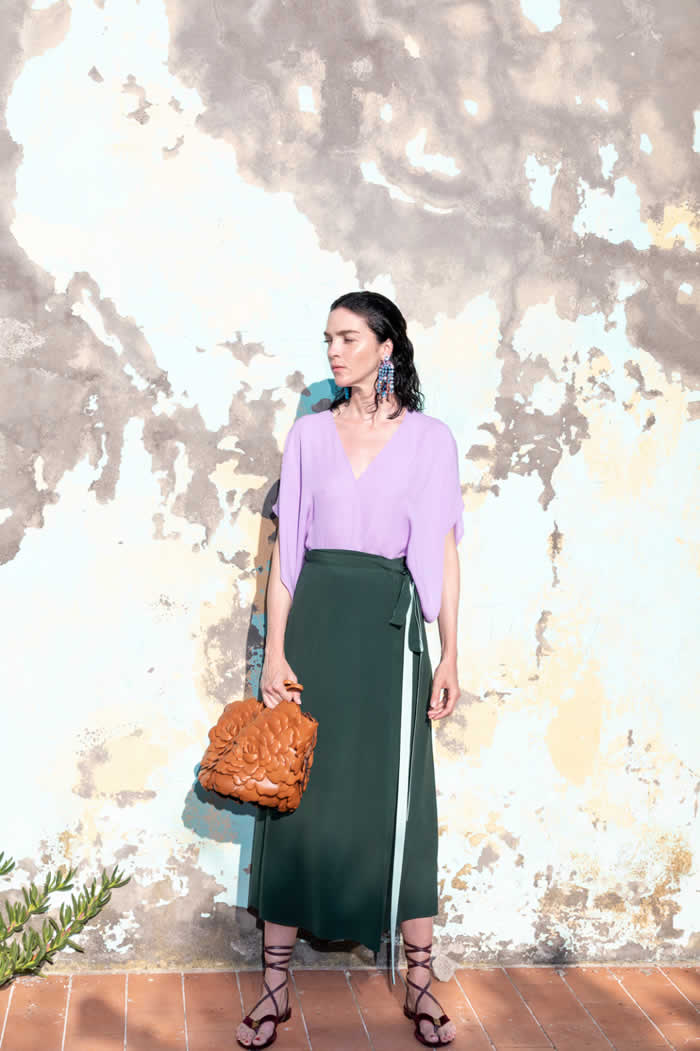 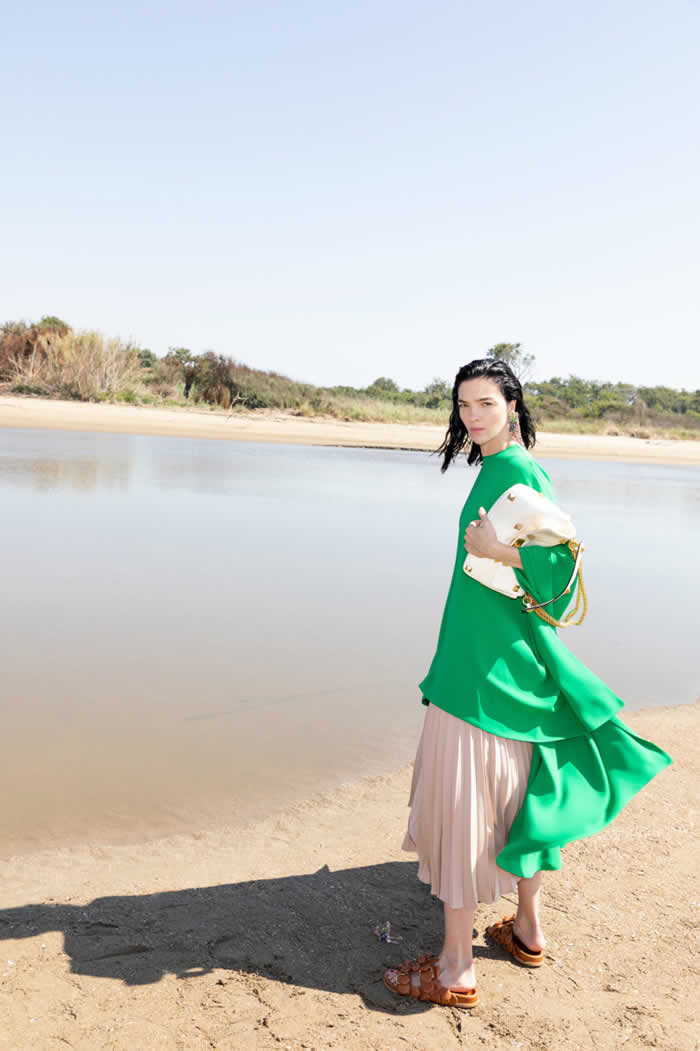 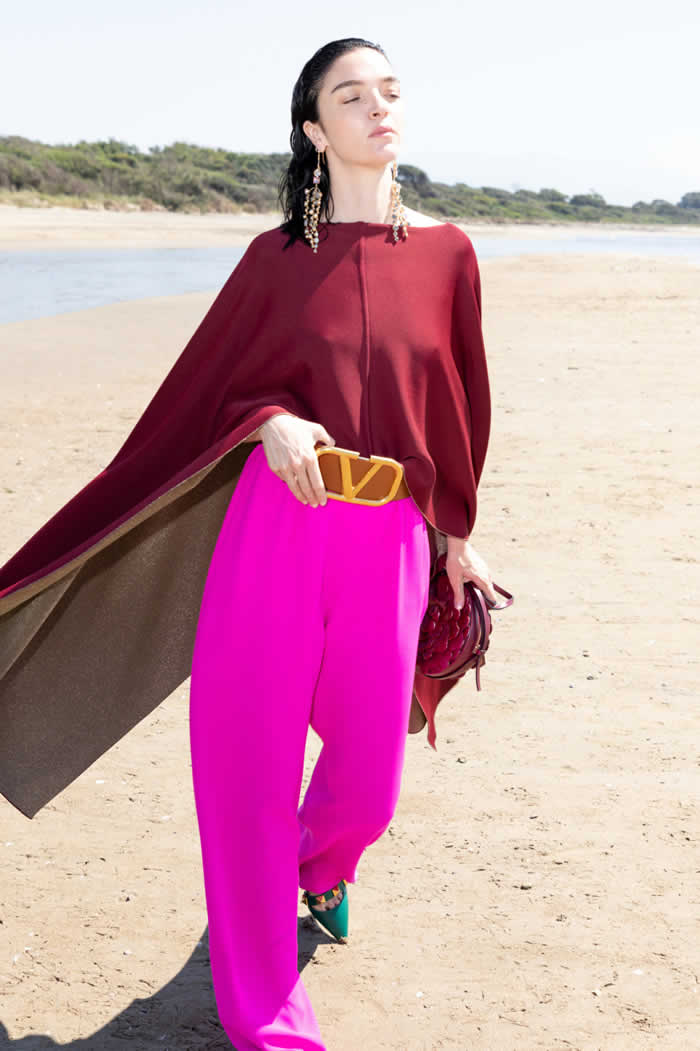 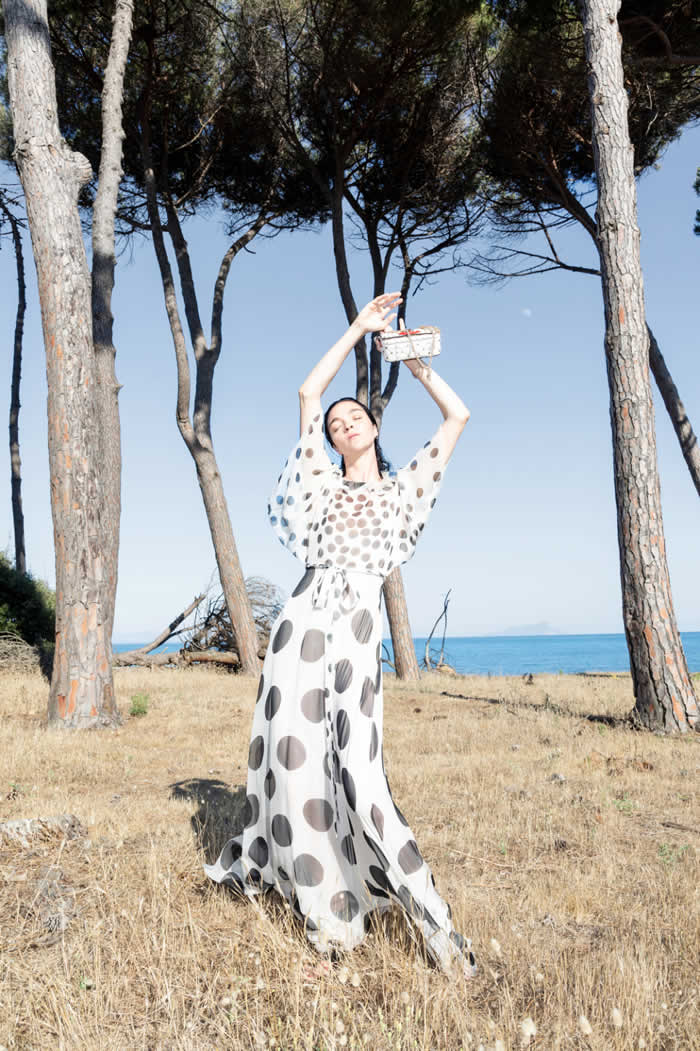 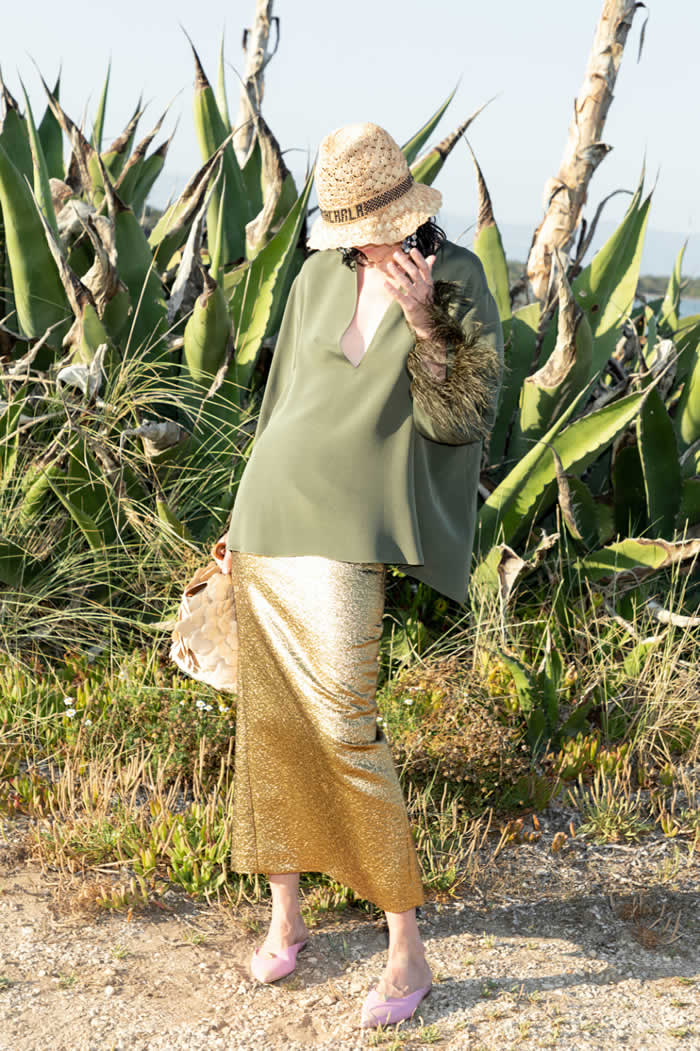 “For sure, this is a very fashion collection for me,” Valentino’s Pierpaolo Piccioli said of his resort 2021 collection.

Like all designers, Piccioli is grappling with how to show clothes in the COVID-19 era. In ordinary times, he would surely have taken this collection to New York. Instead, he brought it home — literally — shooting in and around his seaside hometown of Nettuno, commuting distance from Rome, where Valentino is based. Piccioli enlisted his good friend Mariacarla Boscono to star, and he shot the campaign himself.

The pictures tell of a collection that is indeed very fashionable, “in terms of cut, volumes, silhouette,” as Piccioli described. The result is a heady fusion of extravagance and ease, bravado, and sensual simplicity, none of it accidental.

Piccioli is a master at color and cut. He employs the former as an element of construction and has perfected the latter so that voluminous wonders that appear utterly simple are in fact the results of painstaking, highly involved work on construction. A sprinkling of men’s looks, worn by Luca El Bali, project the same voluptuous ease.

While Piccioli perceived the collection as urban rather than vacation-bound, the prevailing fluidity (as well as the occasional bra top and shorts) looks right at home as Boscono wends through various natural settings.

So, too, the characteristic color forays — maroon over fuchsia in a cutaway caftan and soft pants; vibrant green caftan; billowy blue shirtdress — and botanical motifs for a kimono and pajamas. Yet the urbanity is never lost, whether in a feather-trimmed olive tunic over a lean golden skirt or glorious gowns, including one black-on-white mixed dot print and another, in diaphanous black bedecked with white silver-dollar circles.

Piccioli wanted the shoot to read as highly personal, a visual diary of a close friend. To that end, Mariacarla dazzles with womanly confidence that feels very real, and is reflected in, rather than created by, her wardrobe choices. Which is what Piccioli’s Valentino is all about.