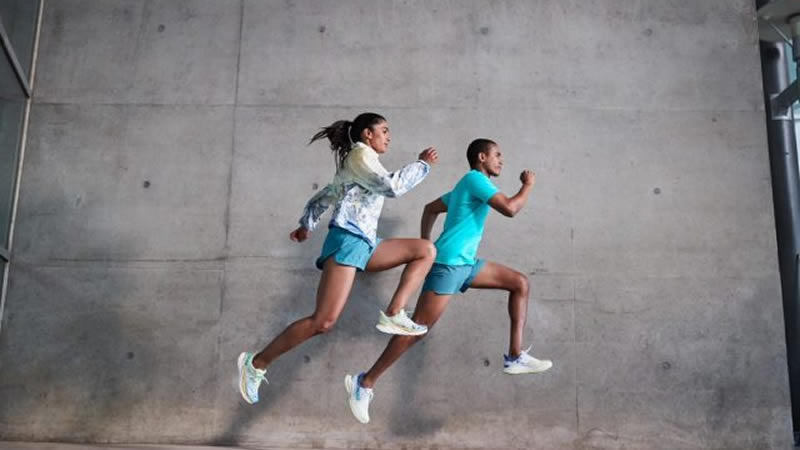 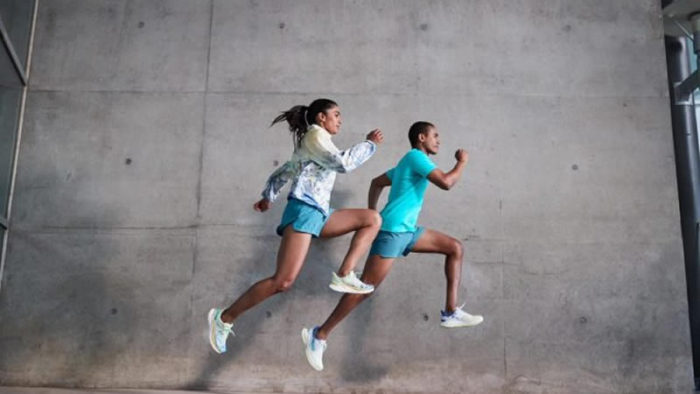 The veteran of New Balance and Cotopaxi will oversee both the product and creative direction of the new category for the footwear brand.

Hoka is doubling down on its commitment to break into the apparel space and has hired Evie Moe, a veteran of the performance apparel industry, as its new senior director of apparel, where she will oversee both product and design.

Moe has more than 20 years of experience in the space, starting her career at Nike Swim designing for Olympic athletes, moving to Lucy Activewear, and then spending eight years at New Balance as apparel design director.

Most recently she was vice president of design at Cotopaxi working on that brand’s apparel and packs.

Last March, just as the pandemic was kicking into high gear, Hoka introduced its first full apparel collection. The brand, best known for its highly cushioned running shoes, had dabbled in apparel before that by partnering with other labels such as Oiselle. But this marked its first full stand-alone collection.

Gretchen Weimer, global vice president of product for Hoka, admitted that the timing wasn’t ideal. “We launched apparel just as the pandemic started so it was a slower start than anticipated; however, we also launched a consumer catalog at the same time so we showed up in people’s homes and that helped with awareness.”

Because of the timing of the launch, Weimer admitted that initial sales were not up to the plan. “It was not what we had hoped for given the timeframe, but we experienced a significant uptick in footwear as people headed outdoors,” she said.

The bestselling items in the apparel range were what Weimer called “core running style shorts and tech Ts,” along with outerwear that “did really well” last fall.

At this point, the apparel business is still “relatively small” for Hoka, she said, “but we are building out a team with high hopes for the future. Evie brings a wealth of experience in performance apparel, she’s an accomplished designer and a strong leader.

I believe she will build an amazing team and set a vision for the product that sets us up for success.”

Moe said it was during her time at New Balance that she first discovered the brand. When she moved to Park City, Utah, two years ago she started to embrace the outdoors, an activity she engaged in even more during the pandemic.

“I had a few pairs of Hokas and loved the footwear so I became a very devoted fan of the brand,” she said, even though it caused a bit of an issue with her husband, who still works for New Balance. “What they promise really comes through.”

In addition to the comfort and performance of the footwear, Moe said she admired Hoka’s “inclusivity and approachability.” The brand appeals to both hardcore athletes as well as newcomers to the sport.

In her new role, Moe said she hopes to build on those same missions with the apparel.

And like the footwear, which has broken out of the performance arena to become popular with the fashion and lifestyle crowd, Moe plans to offer clothing options that fit the same bill.

“Hoka is known for doing something completely different in footwear,” she said. “They were very disruptive when they started.” And the fact that the brand was able to jump into lifestyle products as well shows its ability to “appeal to both the athlete and the everyday person.”

She hopes the apparel — which she said will be “super comfortable, lightweight and cool” — will also speak to both ends of the spectrum.

Moe said she views design as a key ingredient to Hoka’s future success. “It’s all about creating really amazing product inspired by and for consumers that is so incredible it becomes their favorite thing.”

Hoka One One — pronounced O-nay O-nay, a Maori phrase that means “fly over the earth” — was founded in 2009 by Nicolas “Nico” Mermoud and Jean-Luc Diard, two French ultra-runners who were unhappy with the options available at that time in the running shoe market and were searching for an alternative that would help them run downhill comfortably after racing up mountains.

It was acquired by Deckers Brands in 2013. While still relatively small against competitors like Nike or Adidas, the brand has experienced the enormous success of late, reporting in May that sales in the fourth quarter ended March 31 had increased 74.2 percent to $177.5 million, and for the year, rose 62 percent to $571 million.

The company said on its earnings calls in May that it expects Hoka to hit $800 million in sales this year and eventually grow “beyond $1 billion in revenue” globally.