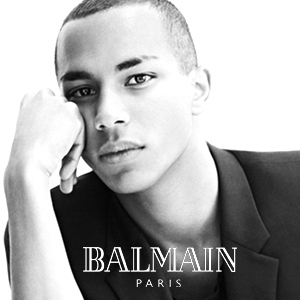 Olivier Rousting has been appointed as the new designer for Balmain women and menswear ready-to-wear collections after the departure of Christophe Decarnin.

by DC Content Team
0
Olivier Rousting has been appointed as the new designer for Balmain women’s and menswear ready-to-wear collections after the departure of Christophe Decarnin from the French fashion house.
Rousteing has been in charge of the women’s wear design studio at Balmain since 2009 and previously worked for Roberto Cavalli for five years.
Balmain chief executive officer Alain Hivelin said he looked forward to this new era for the house.
“I am convinced of Olivier’s talent and ability to build upon the successes of the house. He begins his new task with a great understanding and appreciation of the unique DNA of the brand,” Hivelin said.
Christophe Decarnin, in his five years with Balmain, revitalized the brand with thigh-skimming dresses, gauzy T-shirts and ornate embroideries that flew off the shelves despite their sky-reaching prices.
Olivier Rousteing while talking about his new role said, “I plan to honor that confidence by ensuring that Pierre Balmain always remains one of the leading brands that others look to as a reference”.
Previous Article

Ellie Goulding Finally Addressed Allegations Of Cheating On Ed Sheeran, And Her Response Is Too Good

Barbara Walters’ Net Worth: How Much She Earned From ‘The View’ and Her Broadcasting Career

Sunny Hostin complains over Republicans lamenting Brittney Griner’s release on ‘The View’: ‘She’s someone who is loved’