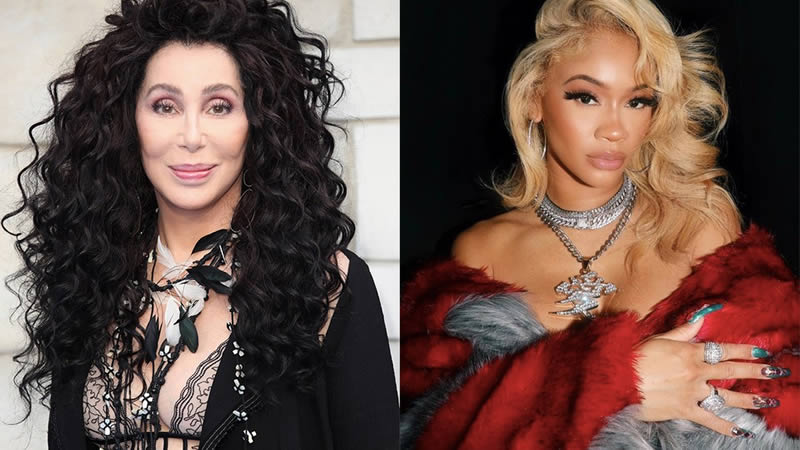 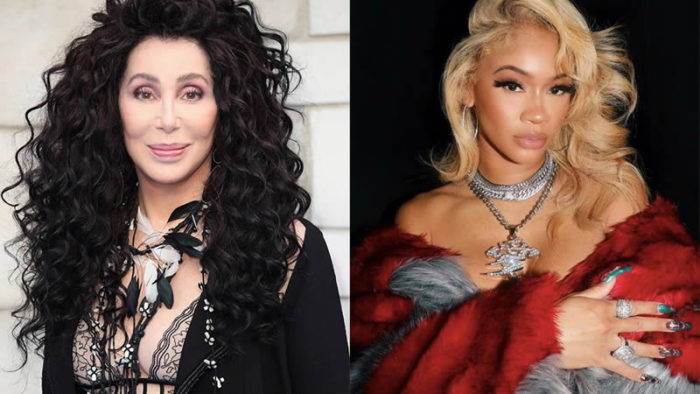 The rapper has been a brand ambassador for the cosmetics company since September.

Saweetie’s newest campaign with MAC Cosmetics is here — and it involves none other than Cher.

The rapper and music icon feature in MAC’s “Challenge Accepted” campaign, which challenges its users to put their makeup to the test and shine a light on their performance.

The campaign, which launches today, also marks Saweetie’s latest one with the company since becoming its brand ambassador in September.

“’Challenge Accepted’ means challenging a status quo, and I try to do that every day with my business, with my music, with the message I give out to the world,” Saweetie told WWD. “Because I went to college, something that was said to me was: ‘Why would you be a rapper when you have a degree?’ But I challenge that. I’m going to do what I’m passionate about. So Challenge Accepted from MAC’s side, from my side, I feel like we continue to challenge the doubters.”

Though a seemingly unlikely duo, Saweetie, and Cher immediately hit it off, with the rapper stating one of the best parts of the campaign was working with her.

“Cher is so magical. Every time someone asks for me to describe her, I feel like there’s no one word to put it, but she’s magical,” Saweetie said. “She’s fun. She’s so full of knowledge and she was such a pleasure to work with. If I can, I would do it again.”

According to Drew Elliott, senior vice president and global creative director at MAC Cosmetics, having both musicians on set was “a dream.”

“When they were filming together, Cher gave endless advice and ‘wisdom’ about the industry, fashion, and style,” he told WWD. “It was such a moment — a moment only MAC could make. These two artists are powerhouses on their own, but together they are unstoppable.”

Last year marked a big one for the rapper, who released more songs from her upcoming debut studio album, made her first forays into television acting for “Grown-ish” and performing in “Saturday Night Live,” as well as collaborating with companies like McDonald’s and Quay.

With hit singles such as “Best Friend,” featuring Doja Cat, “My Type” and “Icy Grl,” it’s difficult to believe that Saweetie has yet to release her album. But according to the rapper, the project, called “Pretty B–ch Music,” will be out sometime this year.

“I want to apologize to my fans because it’s been coming out for the past year. But this time it’s really coming out,” Saweetie said. “I think that ‘Pretty B–ch Music’ will just be full of strong messages that you can apply to every area and aspect of your life.”

Alec Baldwin Denies Rumours Of Him Not Cooperating With Officials In ‘Rust’ Investigation; Calls It ‘Bullshit’ & A ‘Lie’