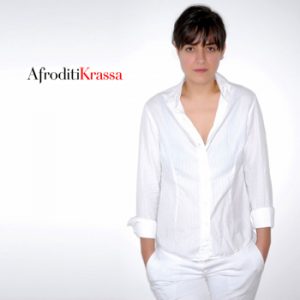 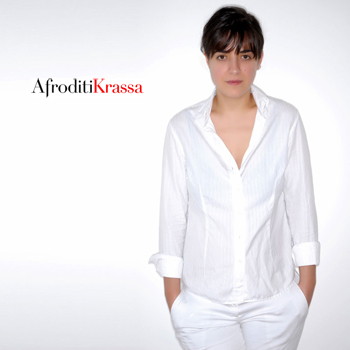 She has worked at some of the world’s largest consultancies and was the first ever female designer to be employed by the design duo Seymour Powell. In 2002, Krassa decided to go it alone and founded Afroditikrassa Ltd. The young designer’s work was picked up by major brands such as Cassina, DKNY and design aficionados, such as Mourad Mazouz (Momo) of sketch.

In 2004 Krassa was commissioned by the entrepreneur Julian Metcalfe to design the interior and branding of sushi restaurant chain Itsu. The pioneering low fat food store rapidly grew into a chain of 19 stores in London and New York City. She was then appointed Creative Director in 2005.

Offers for the design of restaurant, office and retail establishments around the world followed soon after, as well as collaborations with various manufacturers, such as lighting for Ligne Roset and Innermost, furniture for E&Y, packaging for Pret A Manger and WMF[disambiguation needed], and products for British American Tobacco and Phillip Morris.

When not designing, she teaches, writes about and judges design. Her work has appeared in art and design publications worldwide and has been televised by the BBC, Channel 4, CNN and NTV. Krassa’s work ranges from political campaigns to car interiors and is always characterised by intellectual rigour and formal directness.