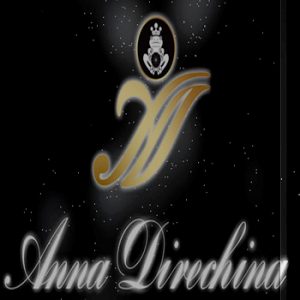 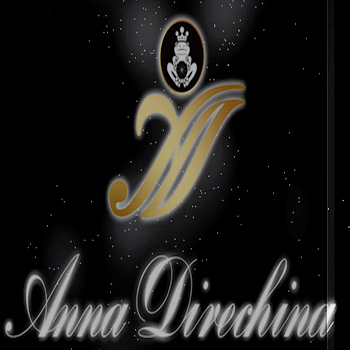 The main direction of fashion house is individual cloth and accessories tailoring on a by-order basis of high-quality materials from Italy. The fabric texture is flawless and beyond reproach, foremost because of the Italian masters’ skills, which technics are being used at manual tailoring.
And once again Anna has it shown to fashion audience at Russian Fashion Week (RFW) Spring-Summer 2009.

Anna’s style is penetrated and filled with bright romanticism. Her clients are people with sophisticated dress sense and who keep it up with the latest fashion trends. The collections of ANNA DIRECHINA Fashion House are issued in limited edition.

Anna (founder of brand ANNA DIRECHINA), a former successful model, now is aspiring designer, who knows the world’s fashion background not by hearsay. Despite the fact that ANNA DIRECHINA  brand exists more than 2 years, the journey to career growth and prosperous perfection has reached its destination.

In 2008 fall the world learned about ANNA DIRECHINA brand at Anna’s debut show as part of Russian Fashion Week. Famous russian producer Yana Rudkovskaya appeared as a special guest model. Rudkovskaya was so delighted with collection that she expressed herself a desire to support the show by her appearance.

Magnificent show has caused a huge interest not only in media world, but also among Rudkovskaya’s celebrity colleagues. Within a half-year, on a catwalk we could see such celebrities as Victoria Lopyreva, Victoria Bonya, girl bands Fabrika and Blestyaschie, Olympic gymnast Lyasan Utyasheva, singers Tanya Tereshina and Timati, VJ Andrey Razigraev, stylist Sergey Zverev, DJ Smash and others.

In March 2009 Anna Direchina won "Fashion Breakthrough of year" nomination at World Fashion Awards. And soon after she was included in FHM’s annual “100 Sexiest Women” 2009 list. But still we consider the greatest achievements for the brand are the fashion show at Milano Moda Donna and adjusted manufacture in Italy. Nowadays Anna can be seen in numerous tabloids, society columns and attention to her persona is constantly growing.
Furthermore, ANNA DIRECHINA brand frequently participated in big events dedicated to outstanding trade names such as "Martini", "World Fashion Chanel", "Kauffman" and "Millionaire Fair". Also the set of clubs like "SOHO ROOMS", "The Most", "RAÐ™", "Forbesclub", "Royal Bar" and "Blackberry" were the places where Anna’s fashion shows have been held.