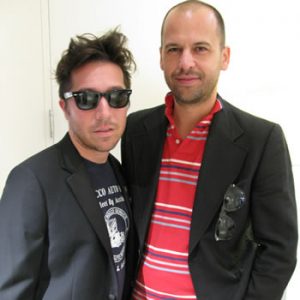 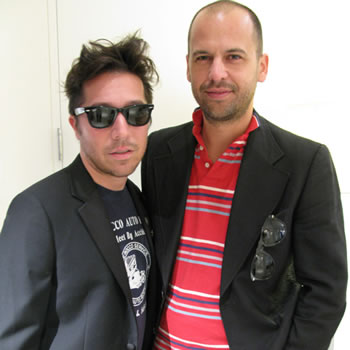 Ruffian is one of the few fashion brands that goes to extremes and circles back. In each collection, culture clashes with counter culture, classic with cutting edge, punk with princess. Ruffian smashes archetypes and rebuilds them slightly askew.

Brian Wolk and Claude Morais are the designers behind Ruffian, the critically acclaimed cult New York label. The designers received the Fashion Group International Rising Star Award and have been featured in countless editorials, including a highly praised profile in Vogue. The label has also been featured in The Sunday London Times, British Vogue, The New York Times, Harper’s Bazaar, Teen Vogue, W, Elle, Nylon, Allure, Italian Vogue, and WWD. Their definition of style is a juxtaposition between the improvised and the studied.