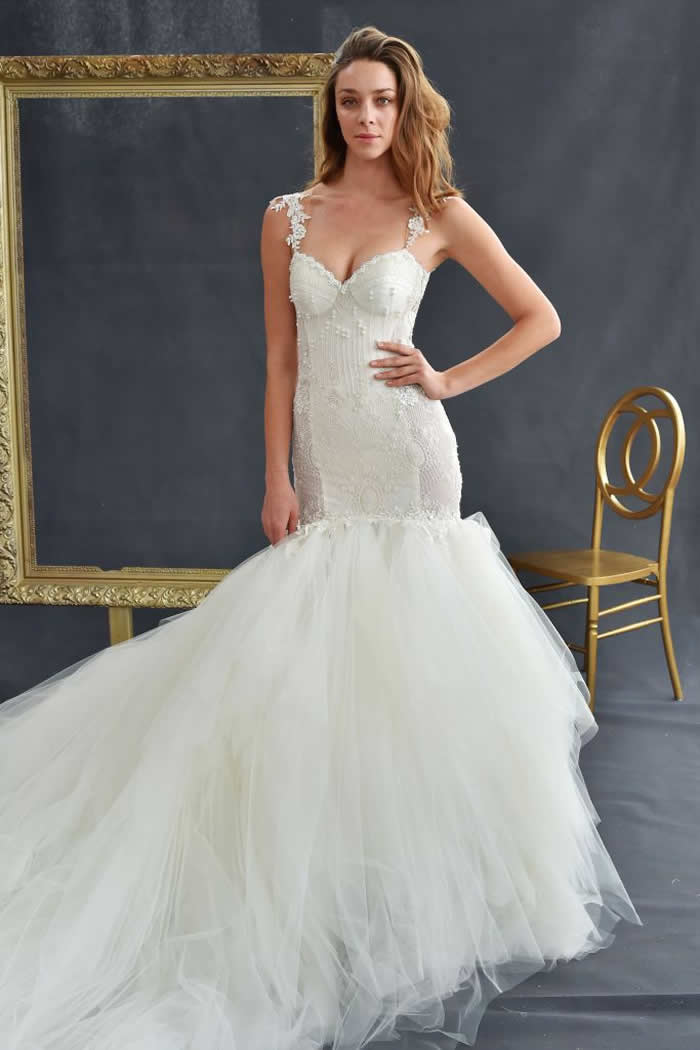 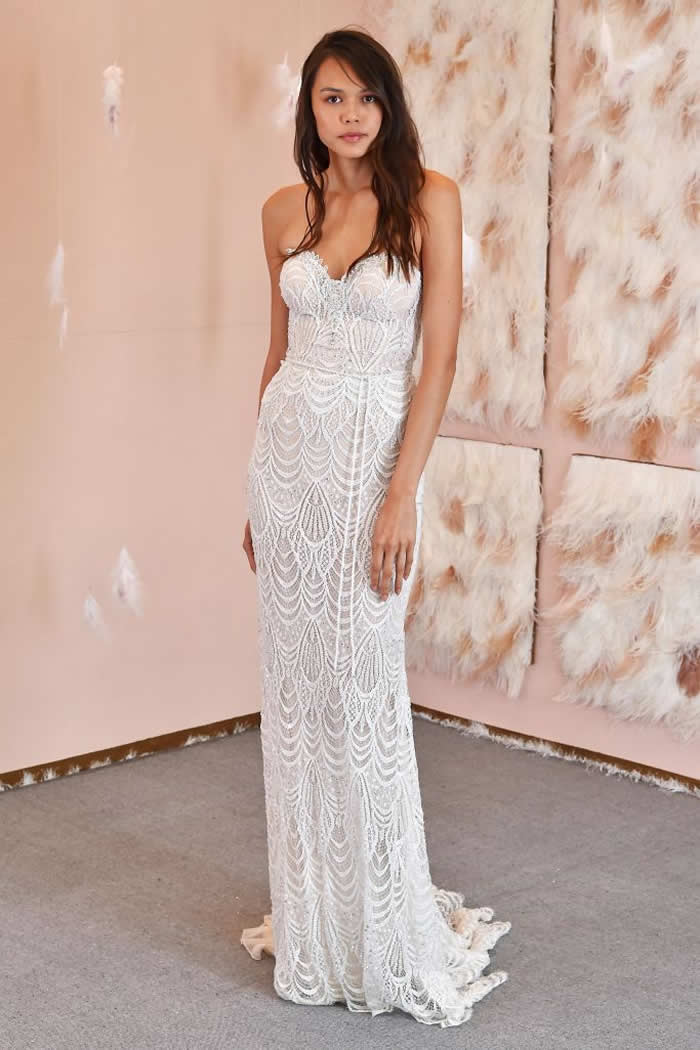 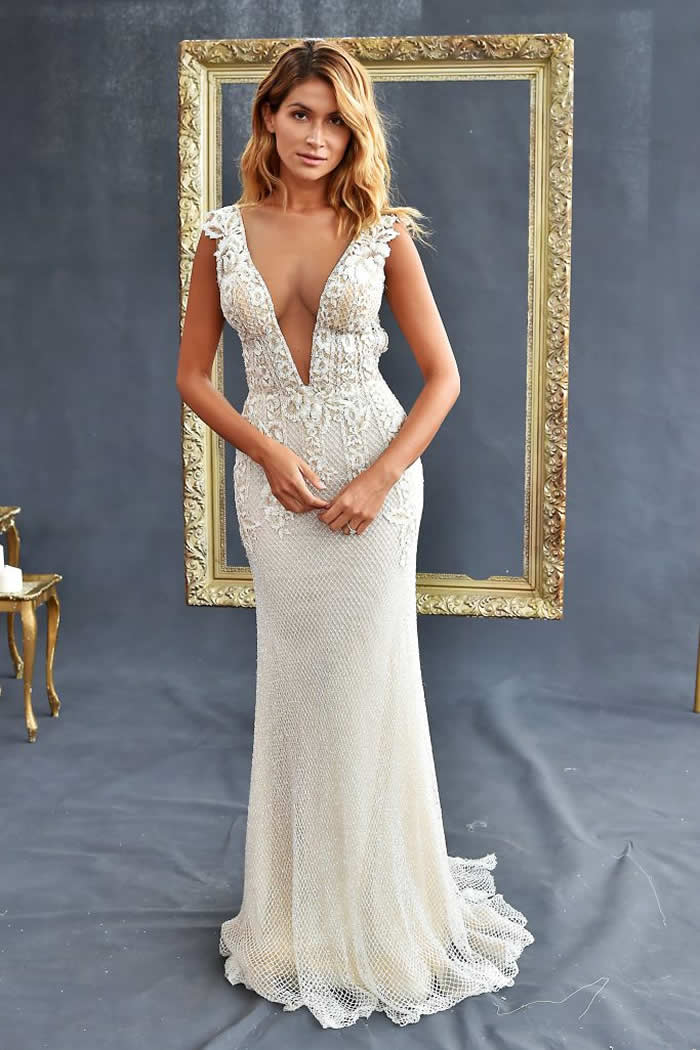 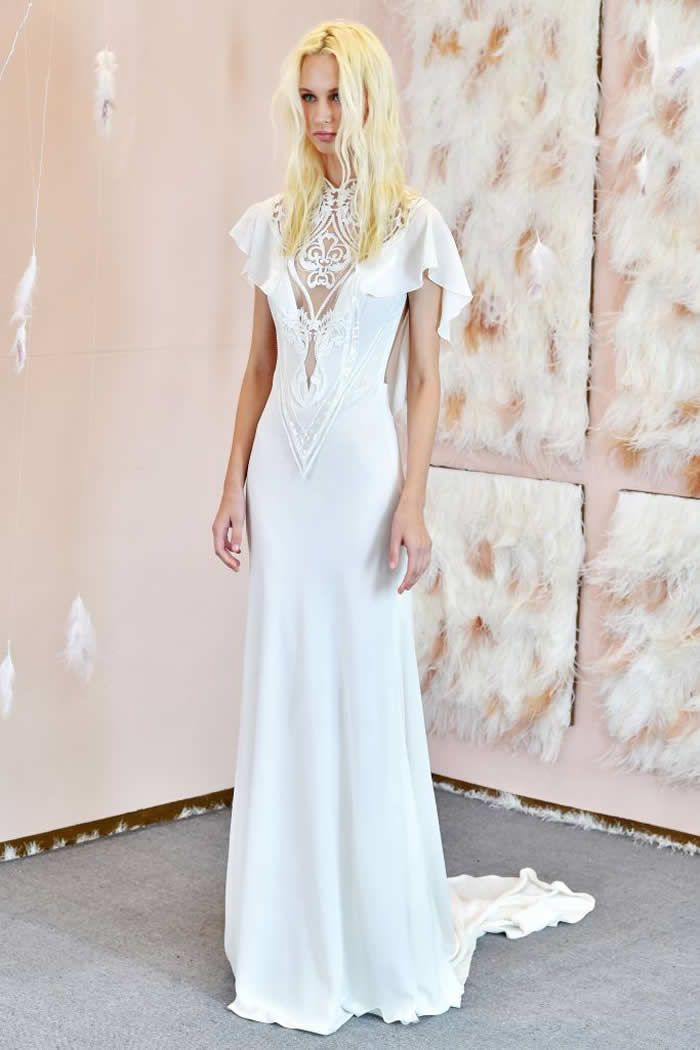 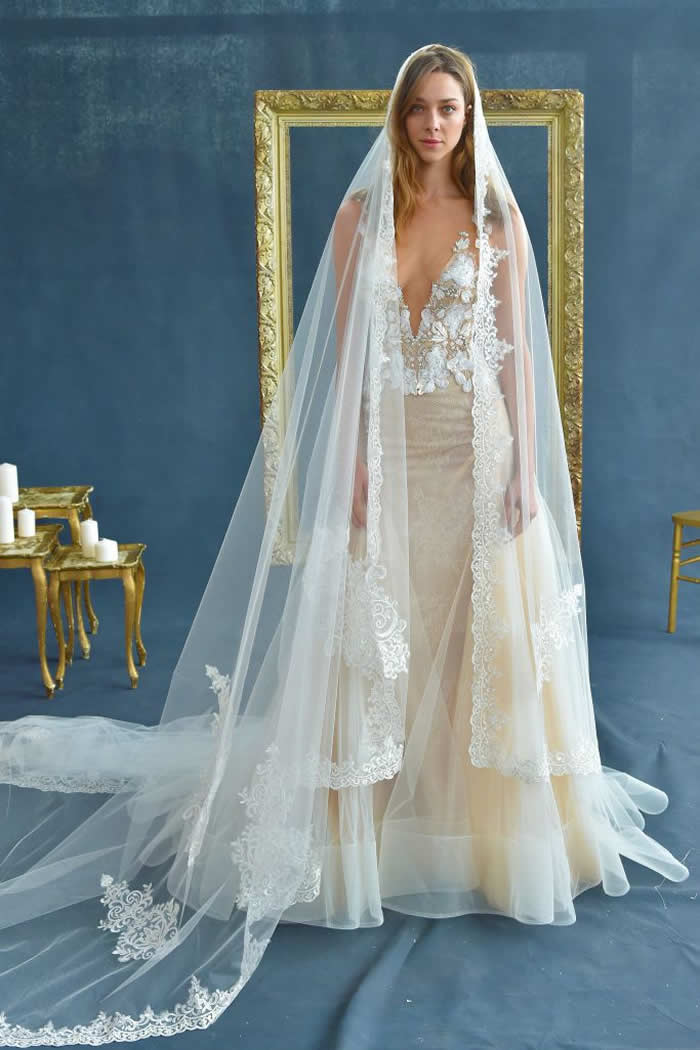 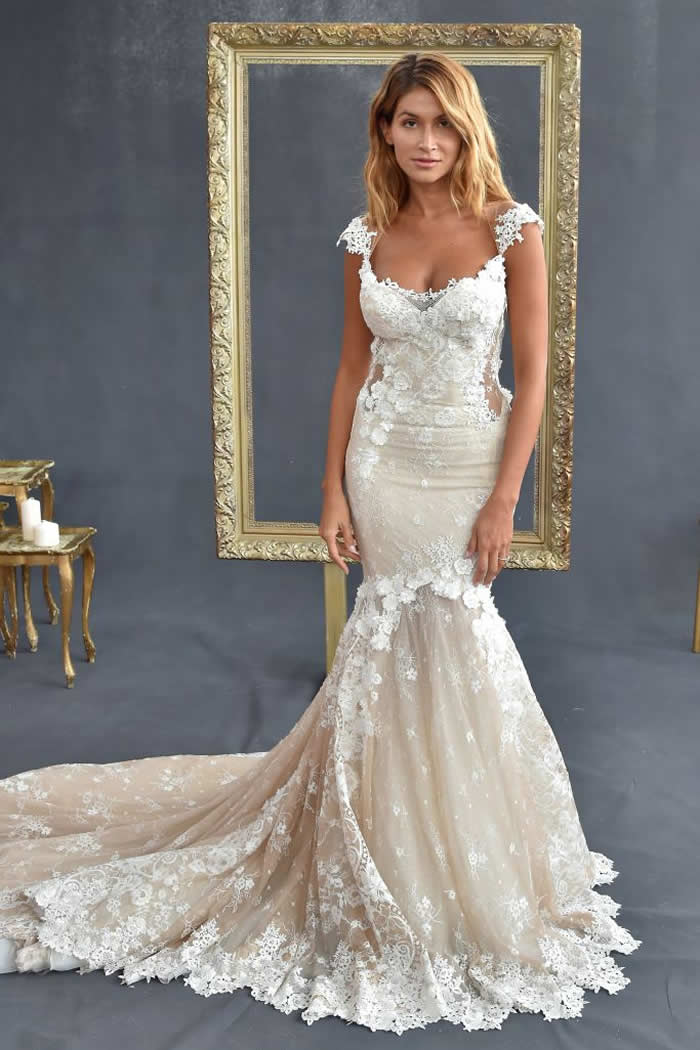 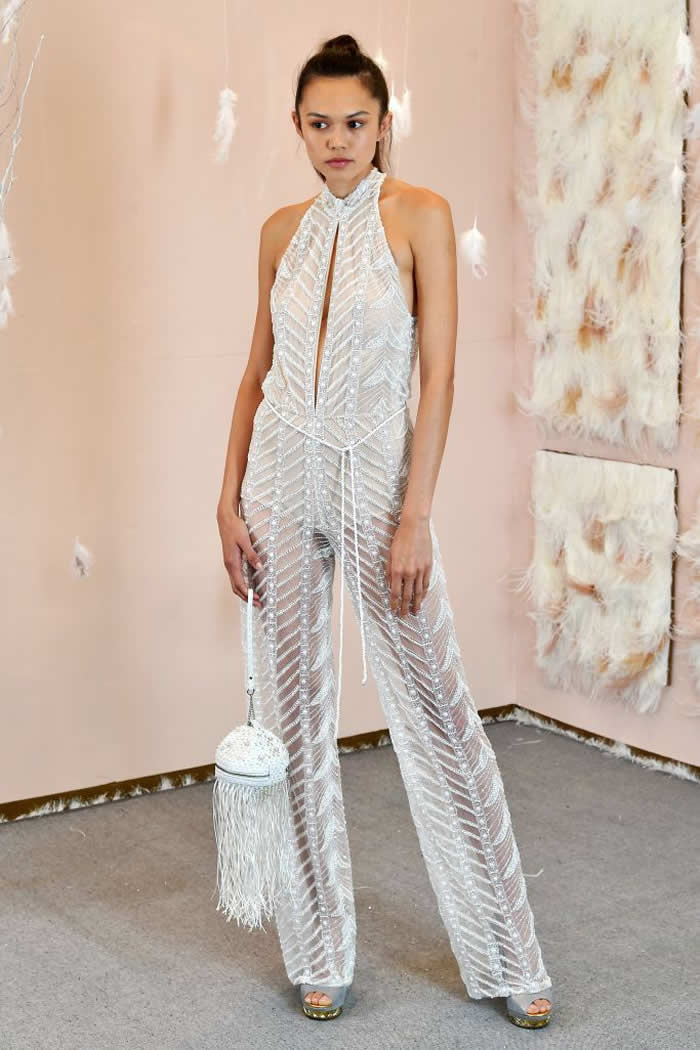 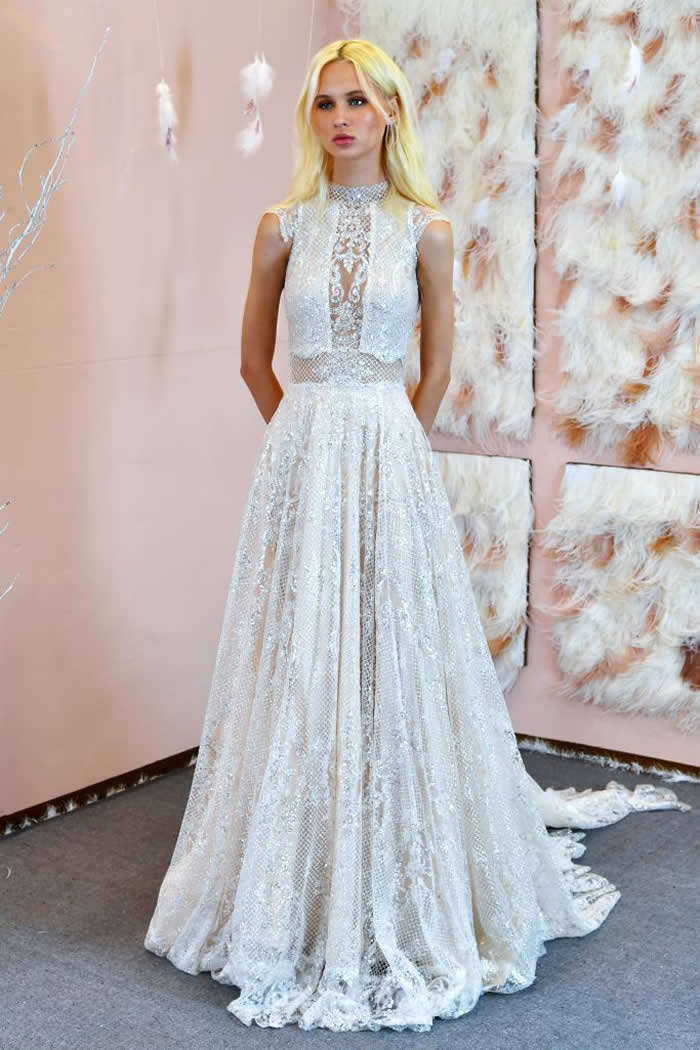 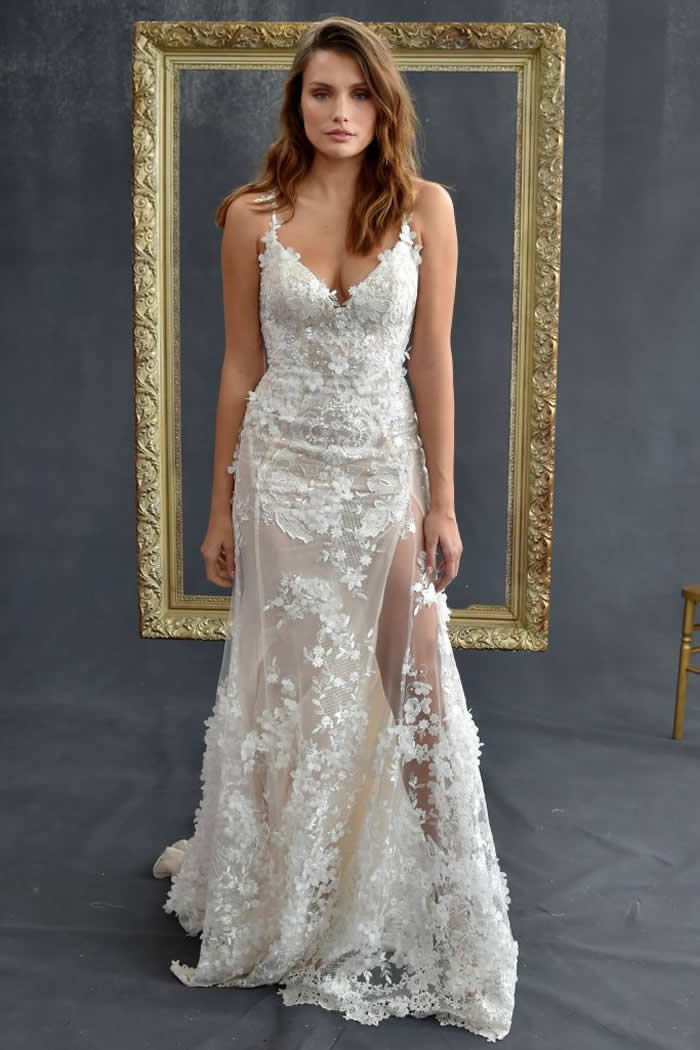 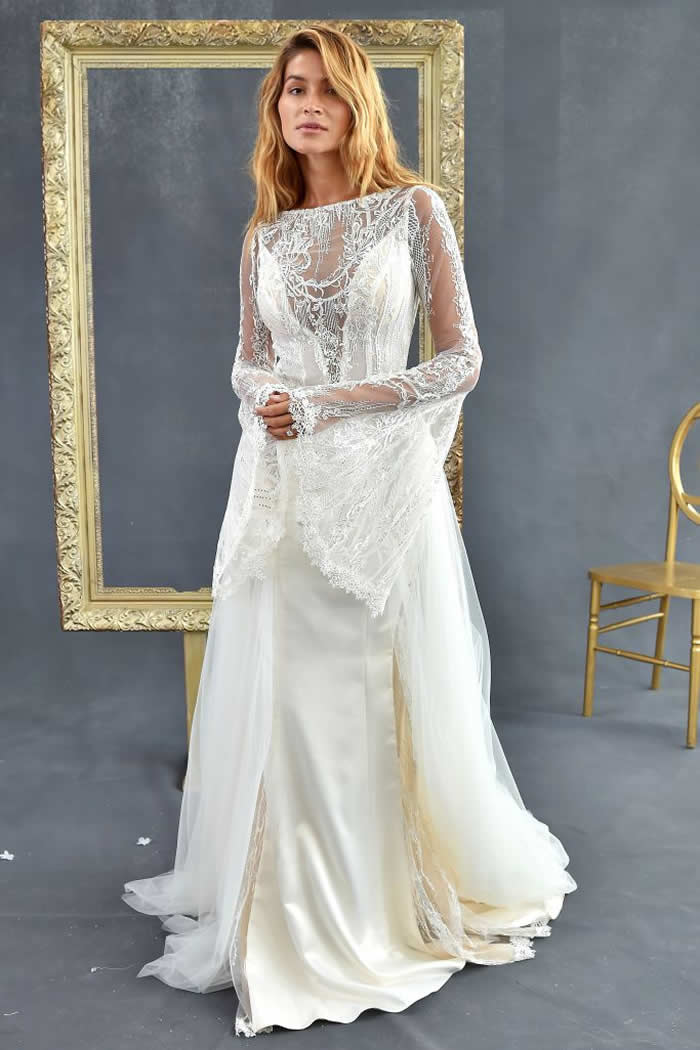 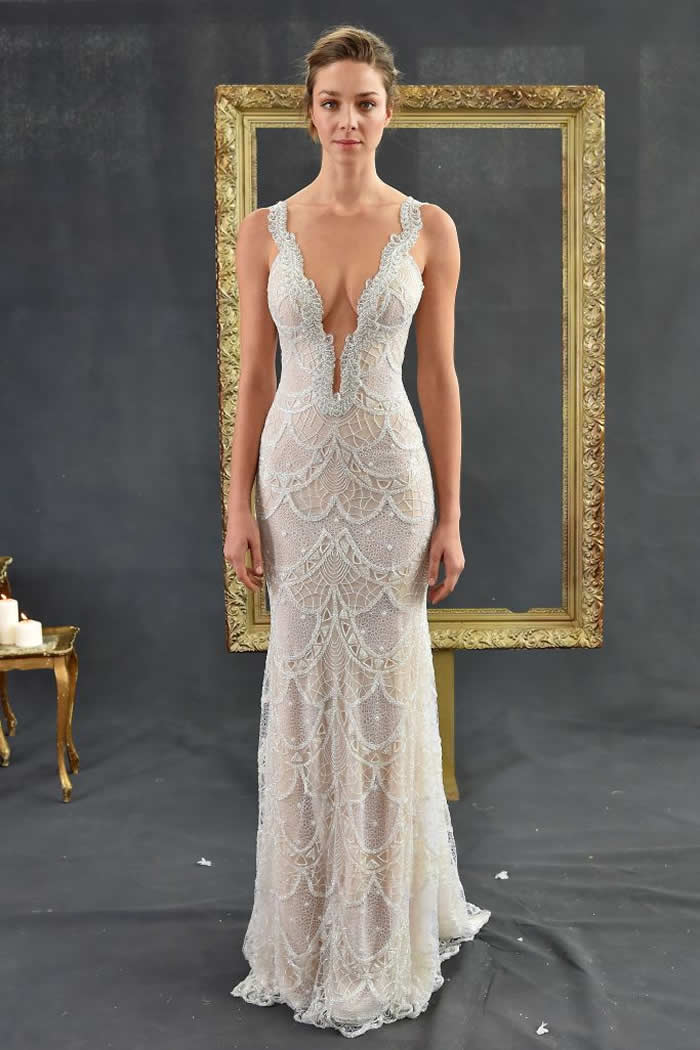 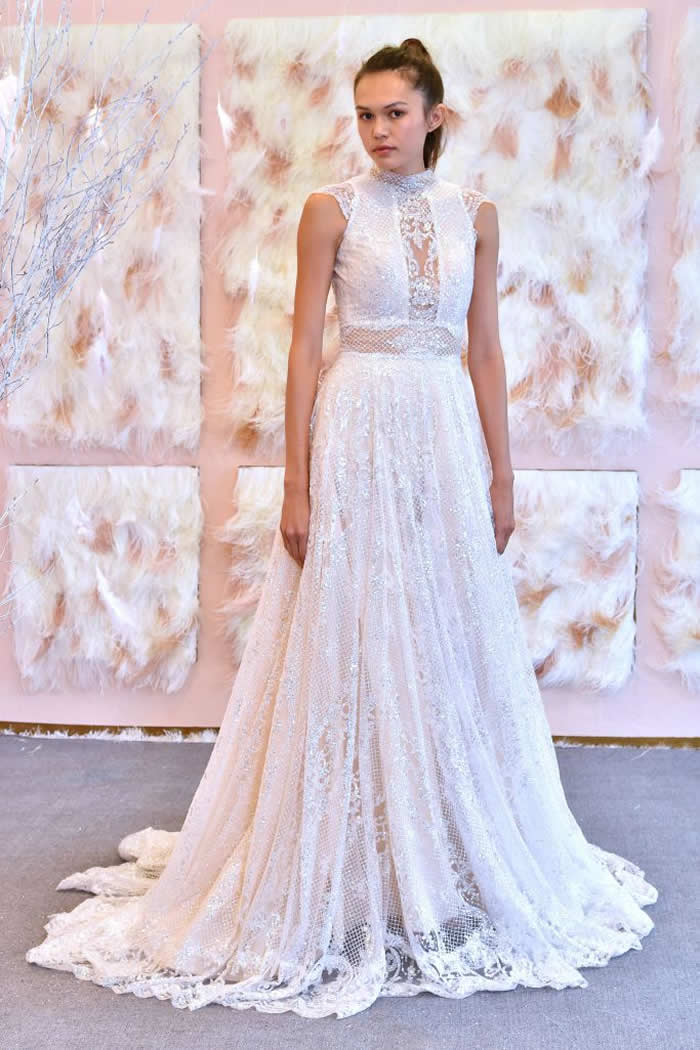 Israel-based designer Galia Lahavâ€™s dramatic, intricate bridal gowns are not for the wallflower bride. For her Galia Lahav Couture collection,

Israel-based designer Galia Lahav’s dramatic, intricate bridal gowns are not for the wallflower bride. For her Galia Lahav Couture collection, her in-house designer Sharon Sever said, “Each dress has a story,” and as he and Lahav thought about the emotional aspects of being a bride, they created an over-the-top collection to justify the high-end prices which start at $15,000.

The Couture label offered intricately beaded, body-slimming gowns, floral lace appliqué embellished on a voluminous tulle gown, and a deep V-neck lace appliqué transparent column with a half overskirt. Meanwhile, for the lower-priced Gala label, Lahav and Sever were inspired by an urban bohemian. The collection had a fully beaded jumpsuit, a jersey sheath with oversize jewel embroidery and a floaty lace dress with a sexy front slit. Although each line had its own distinctive look, they both catered to the same kind of bride the unapologetic glamour girl.