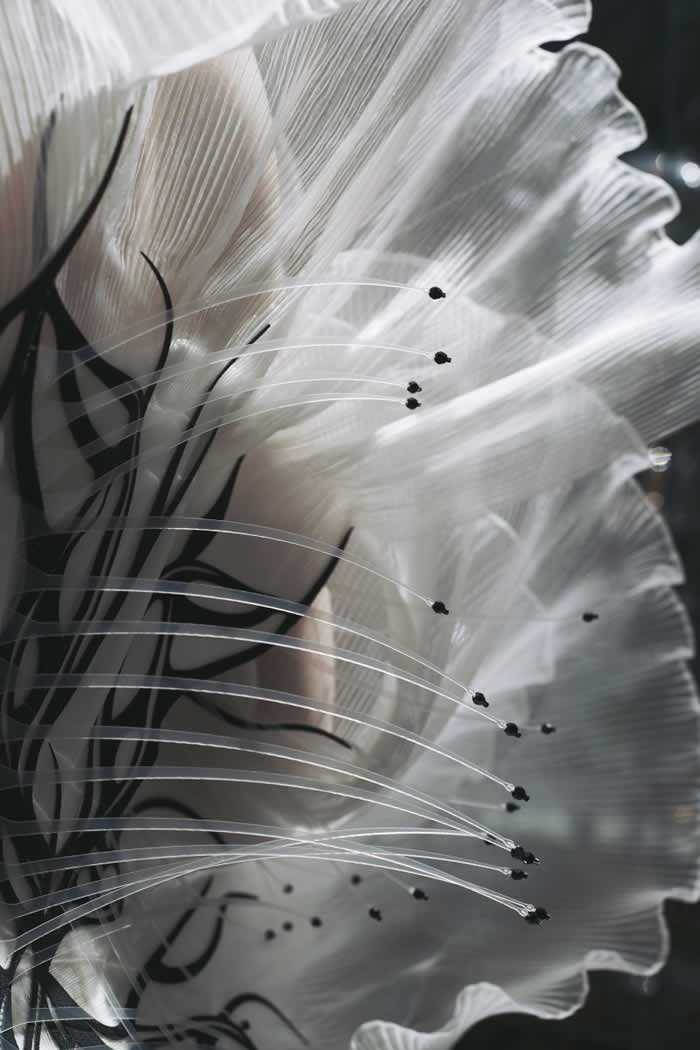 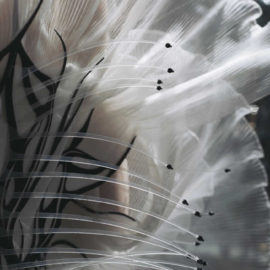 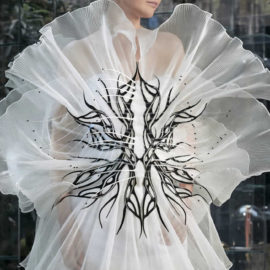 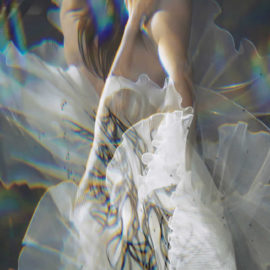 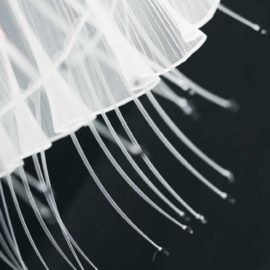 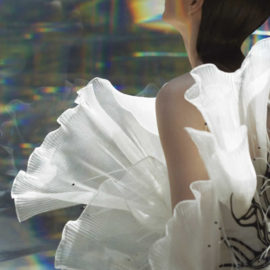 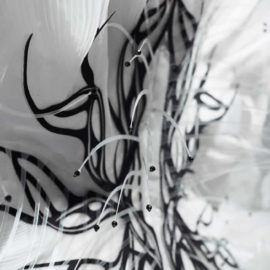 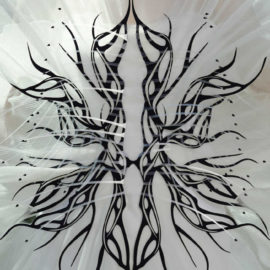 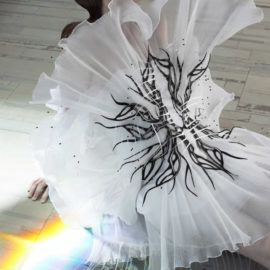 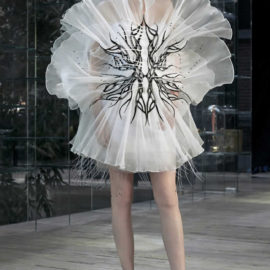 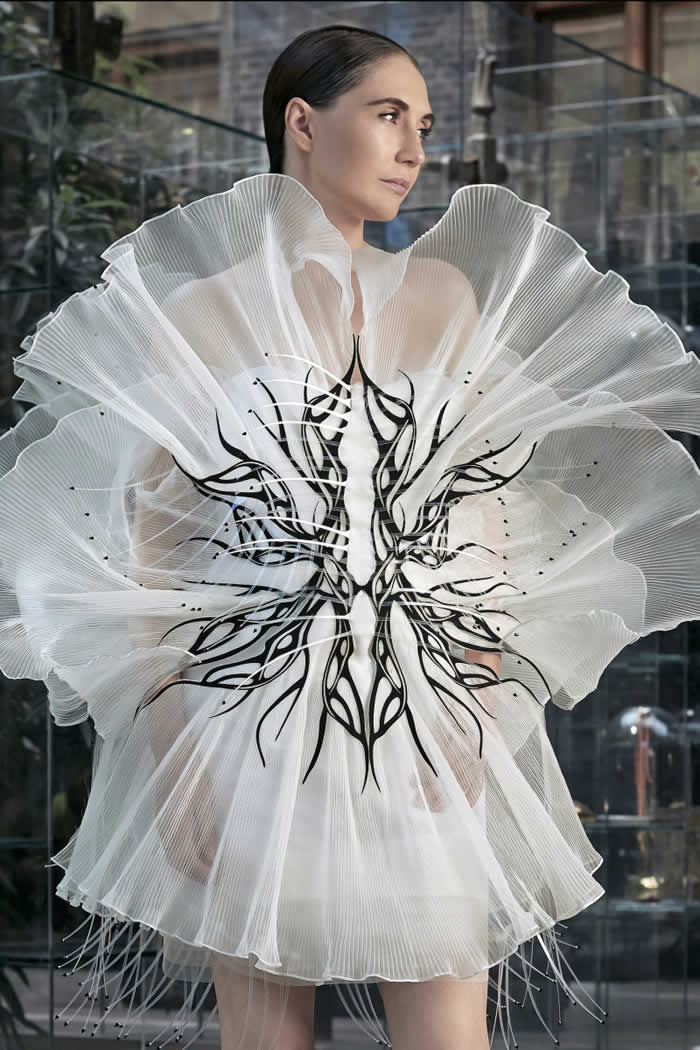 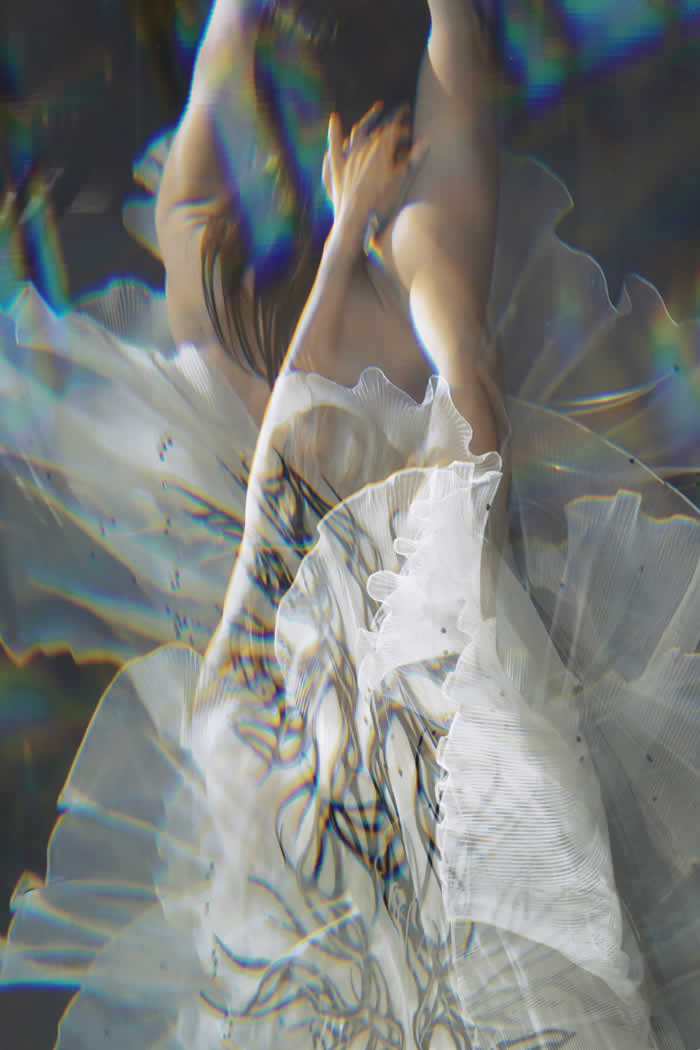 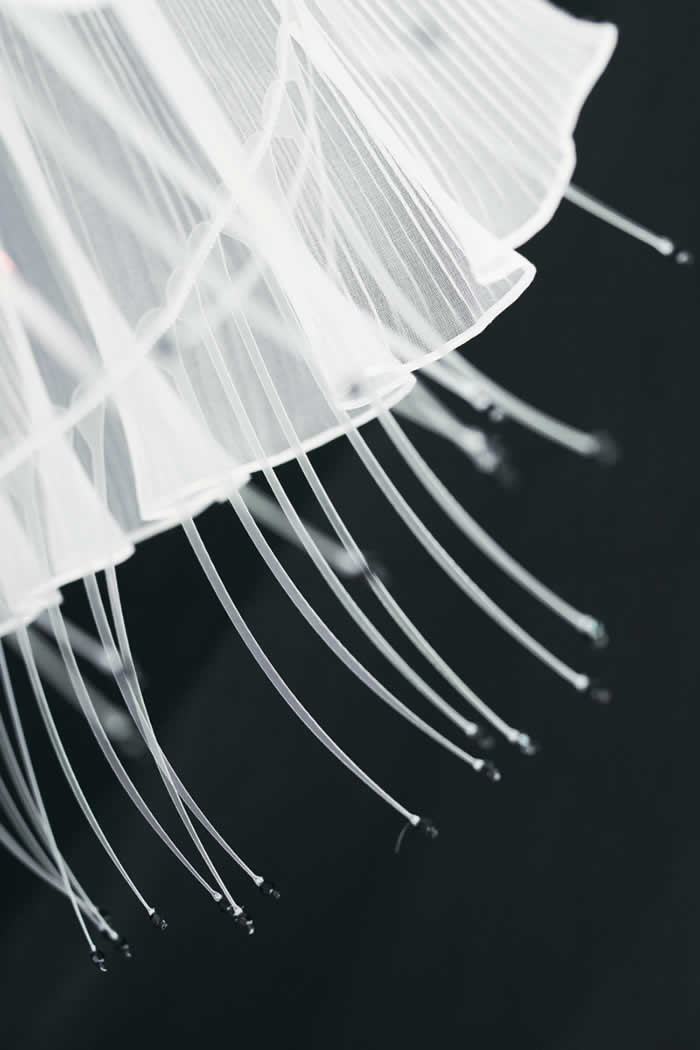 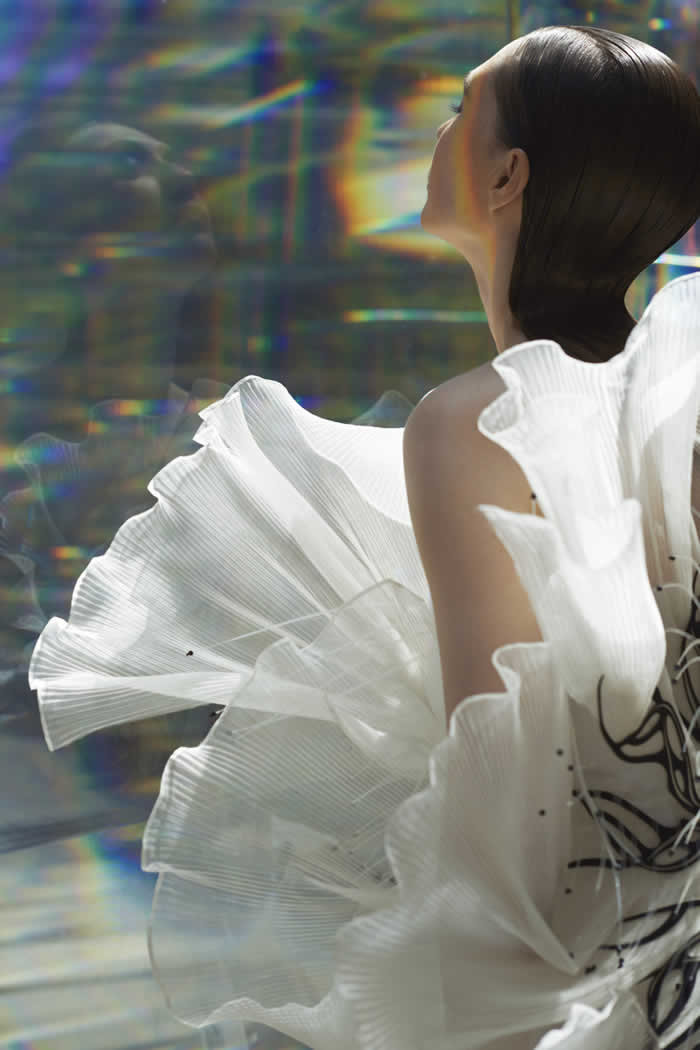 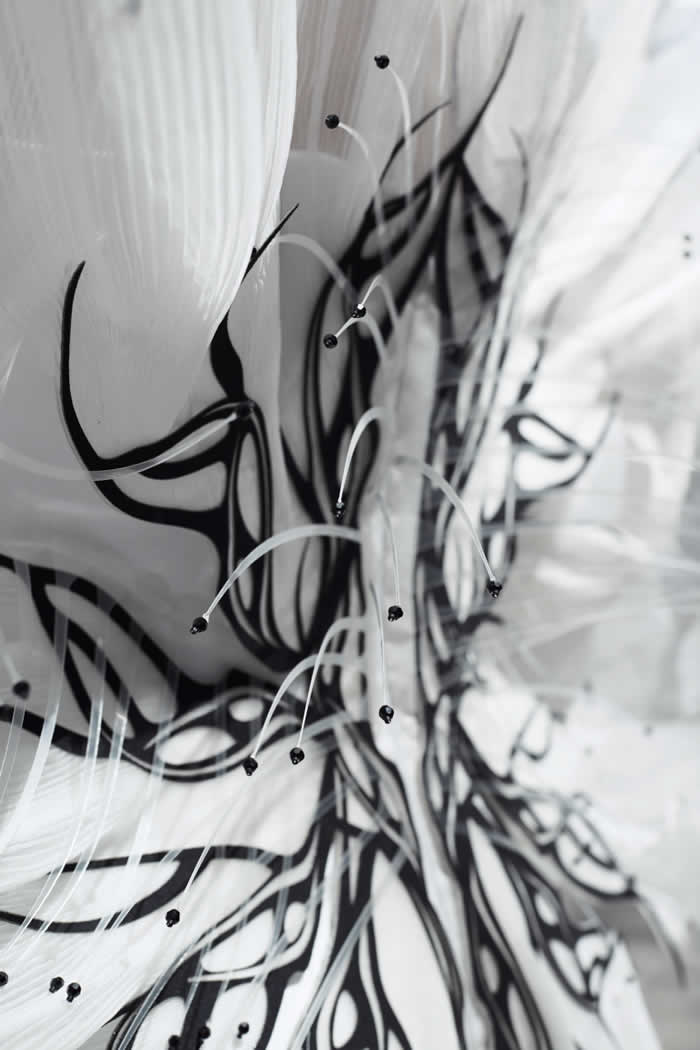 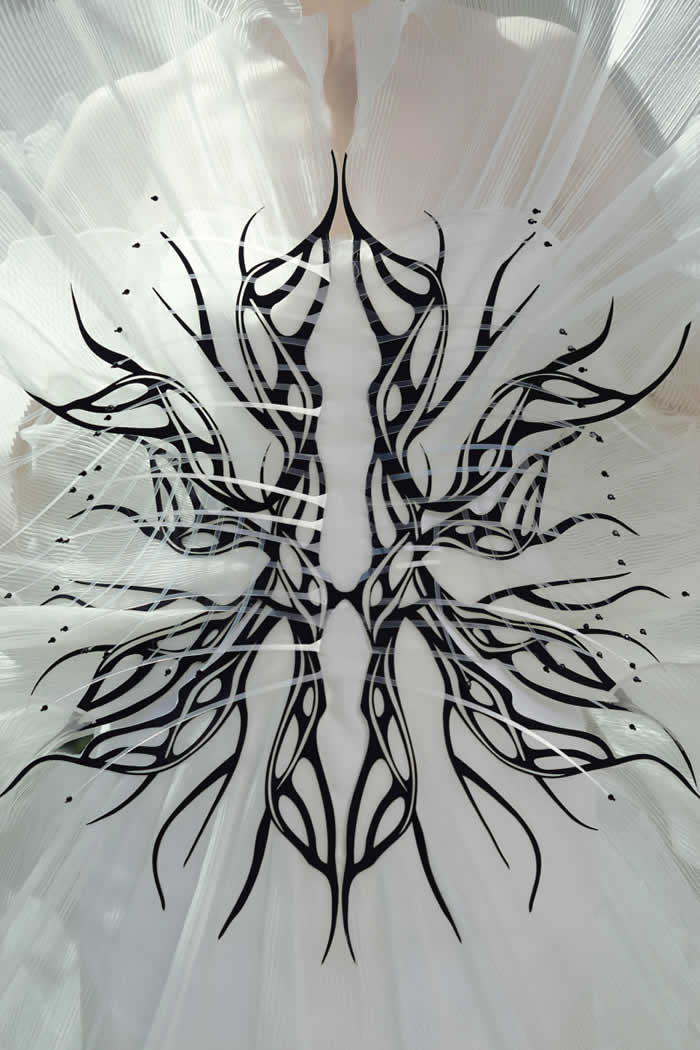 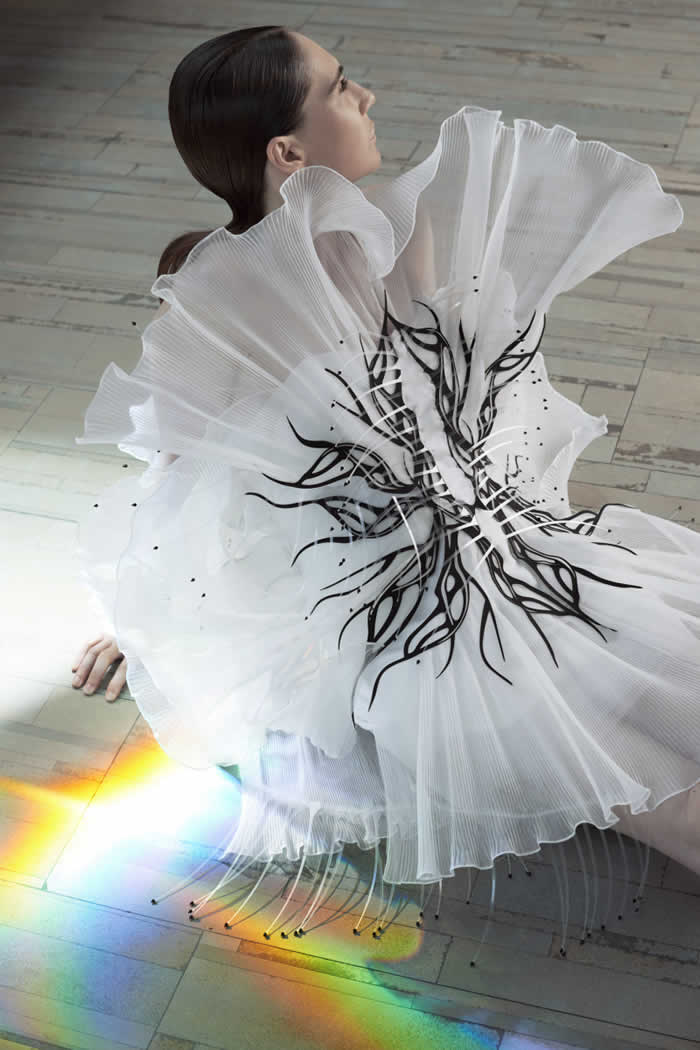 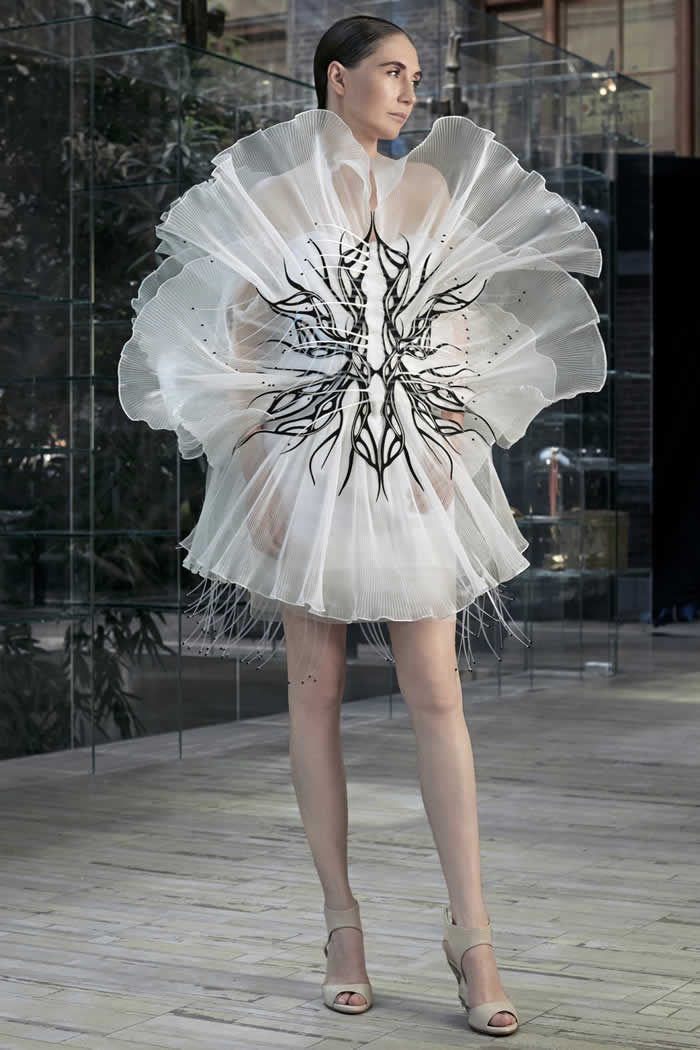 “Game of Thrones” actress Carice van Houten looks resplendent as she emotes in the Transmotion dress.

It’s fair to say that Iris van Herpen’s couture dresses — with their inimitable melding of scientific inspiration, painstaking craftsmanship and poetry — are not the easiest things to wear, or to describe.

The one she created for her fall couture film, dubbed the Transmotion dress, is no exception, anchored by an intricate lattice of black branches — laser-cut and hand-stitched in duchess satin — that erupt into flower-like sprays of white silk organza petals, the edges crimped and undulating.

What’s more, the bodice and hem sprout delicate, transparent filaments that end in seed-like black crystals. They orbit the dress and have a life of their own.

The dense show notes proclaim various threads of inspiration, including the wire sculptures of Ruth Asawa and terms that Google struggles to explain, like the “synonymity of mycorrhizal networks.” (It has something to do with fungus and root systems.)

Yet no matter: On “Game of Thrones” actress Carice van Houten, Transmotion dress and beautiful woman become one. Van Houten is mesmerizing and resplendent in the video as she communes with the couture garment, her fingers splayed over the trembling filaments.

The short film by Ryan McDaniels shows van Houten wandering a modern courtyard emoting, her limbs washed with pulsating lights, interspersed with scenes of loose black crystals magically assembling into the same lattice shape on a stone floor, and then dispersing in the wind. The film crystallizes the blend of high-tech and organic that van Herpen does so well.

Given lockdown, the designer decided not to do a full collection, embrace change and collaborate with people that inspire her. That’s simple to understand. Together, they created a brief, but poignant moment until couture resumes its normal runway life.

“This film project is literally the seed of a new beginning and new collection that we are creating now in the atelier for our January show,” she said.