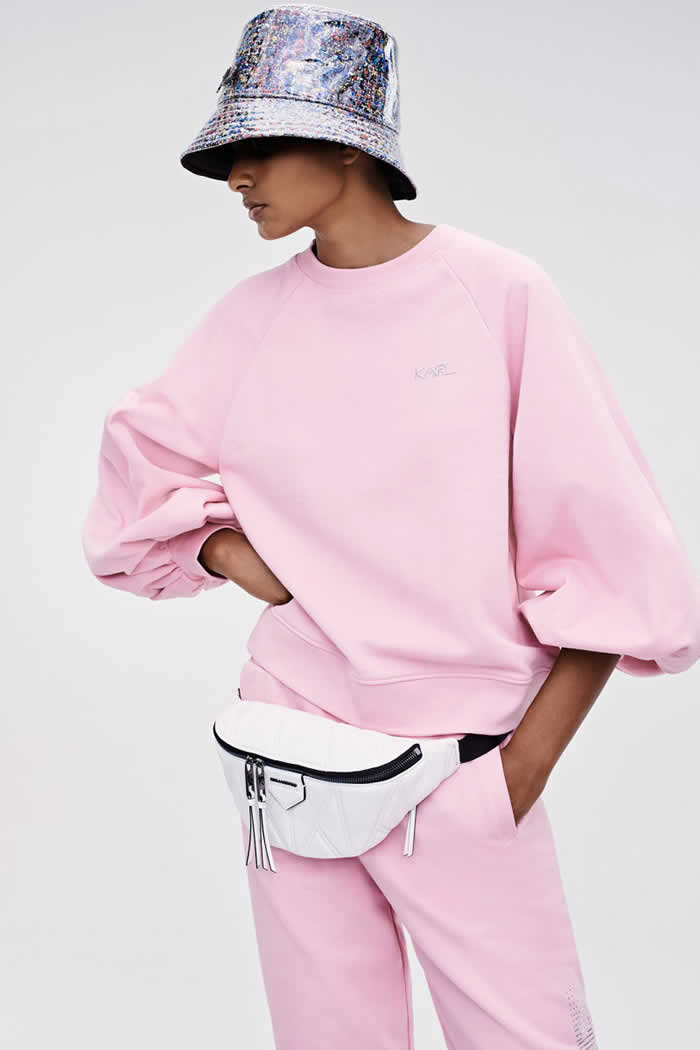 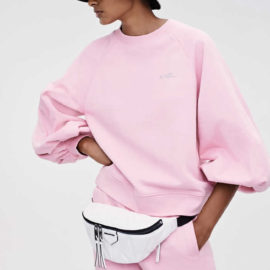 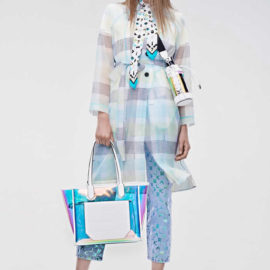 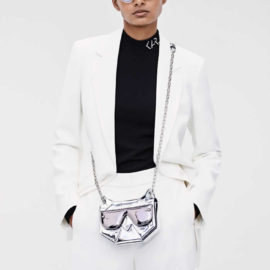 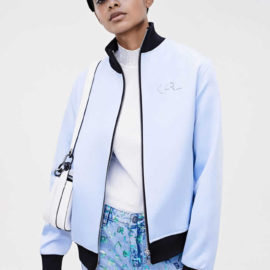 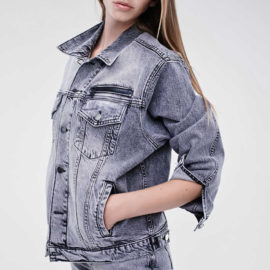 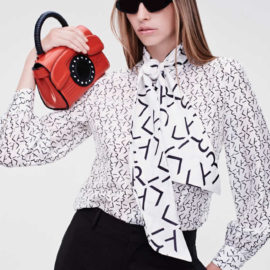 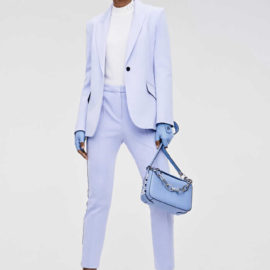 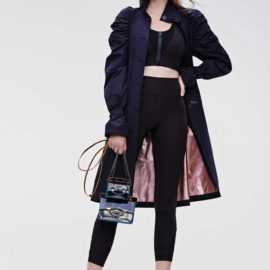 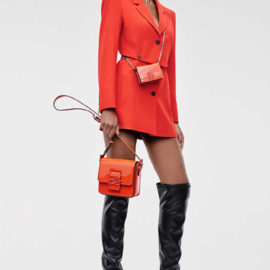 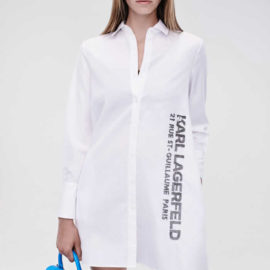 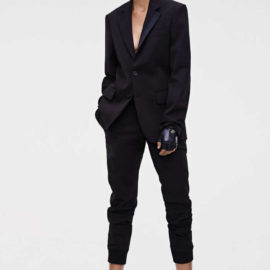 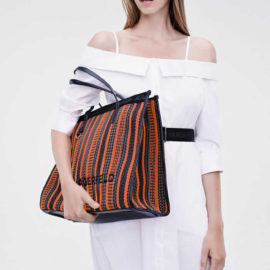 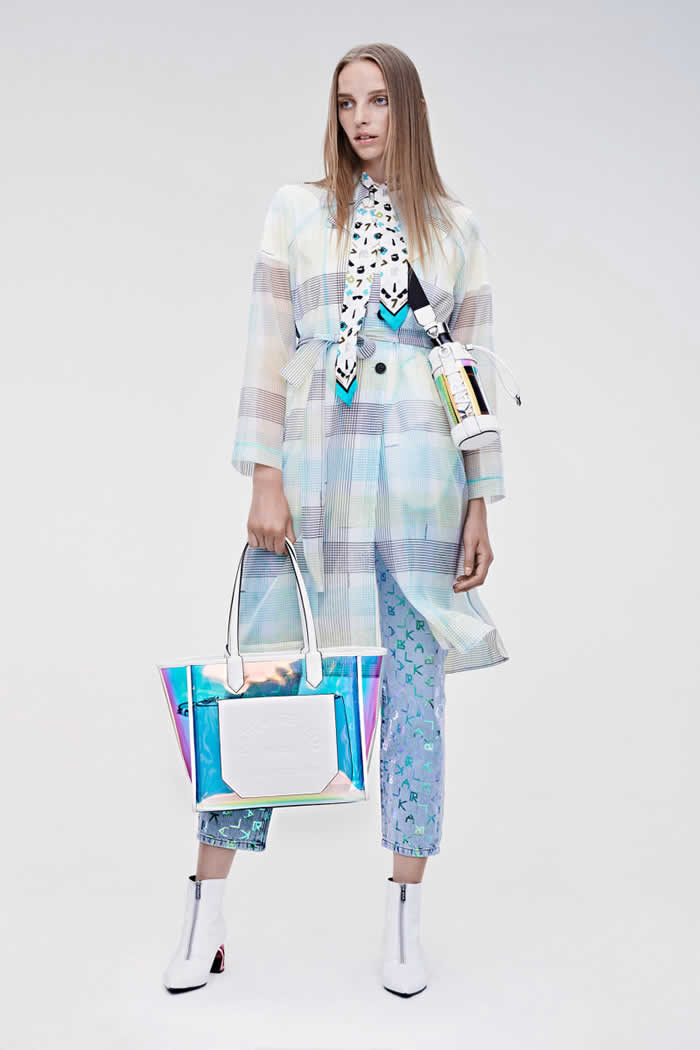 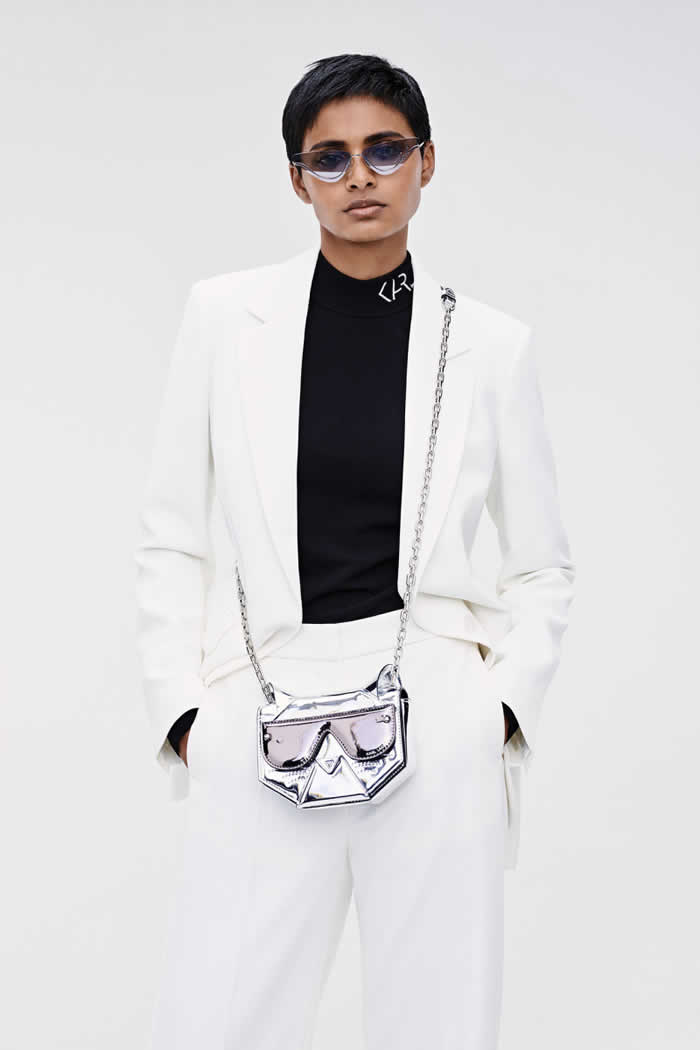 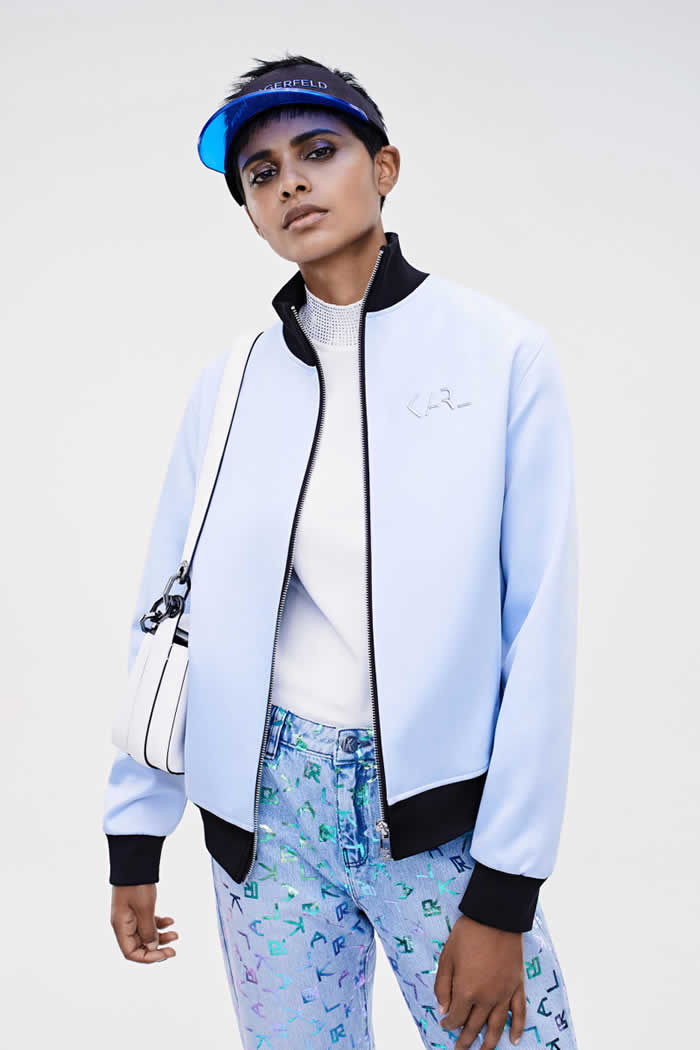 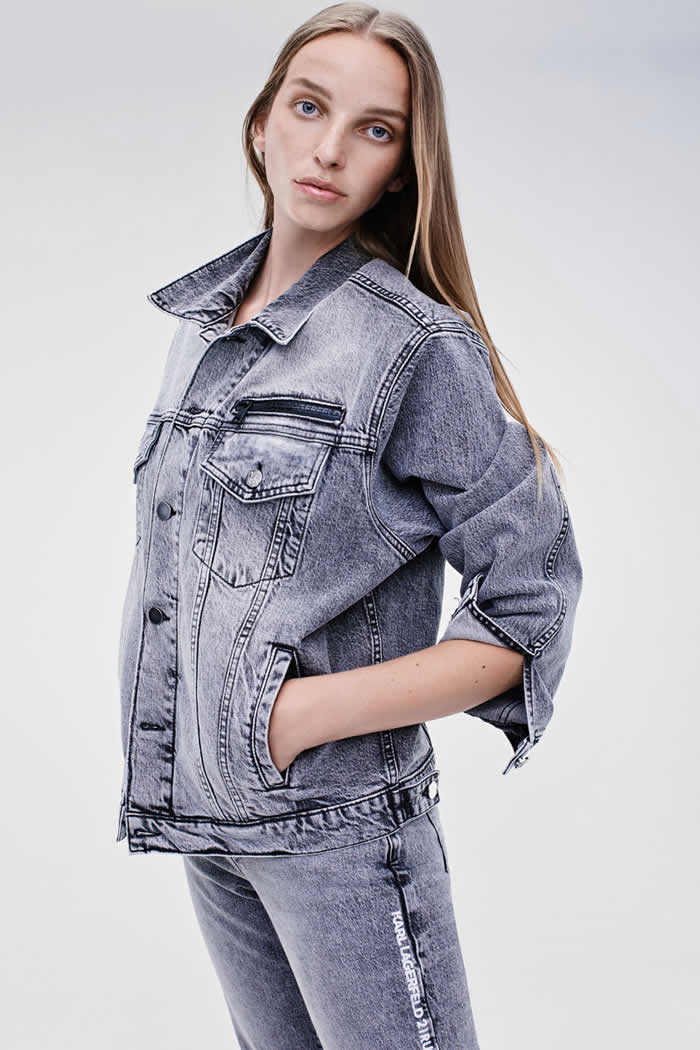 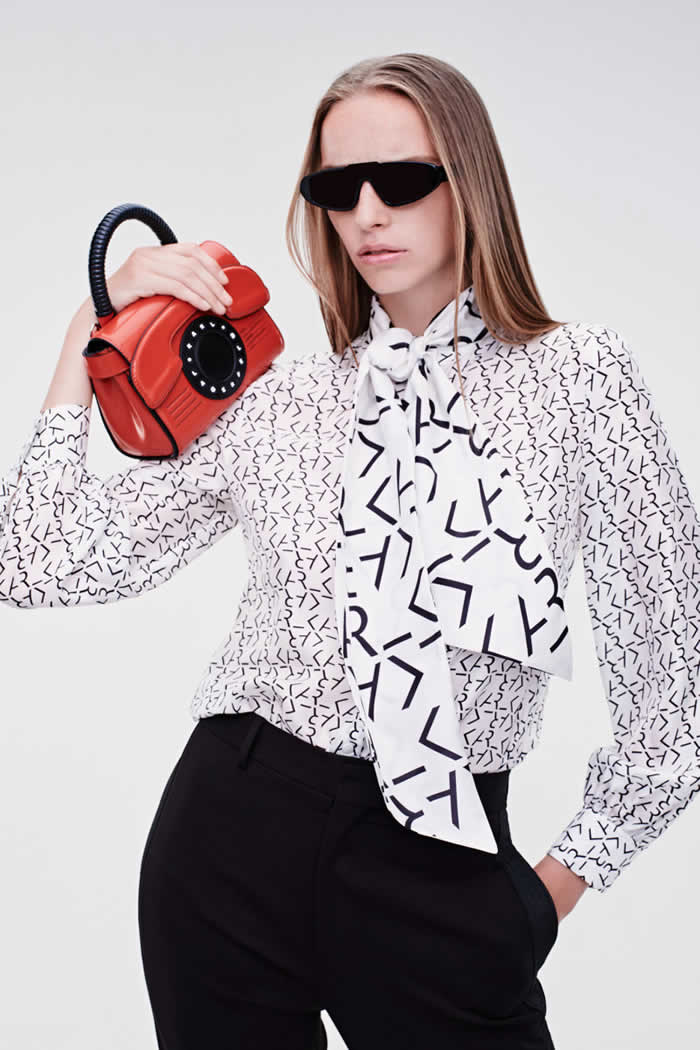 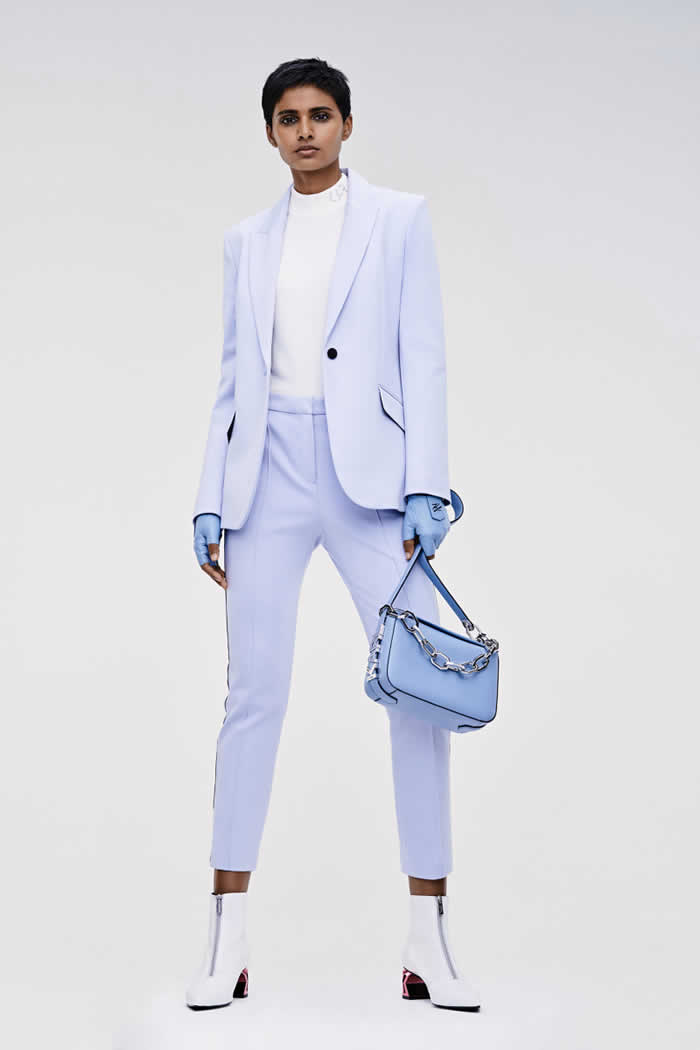 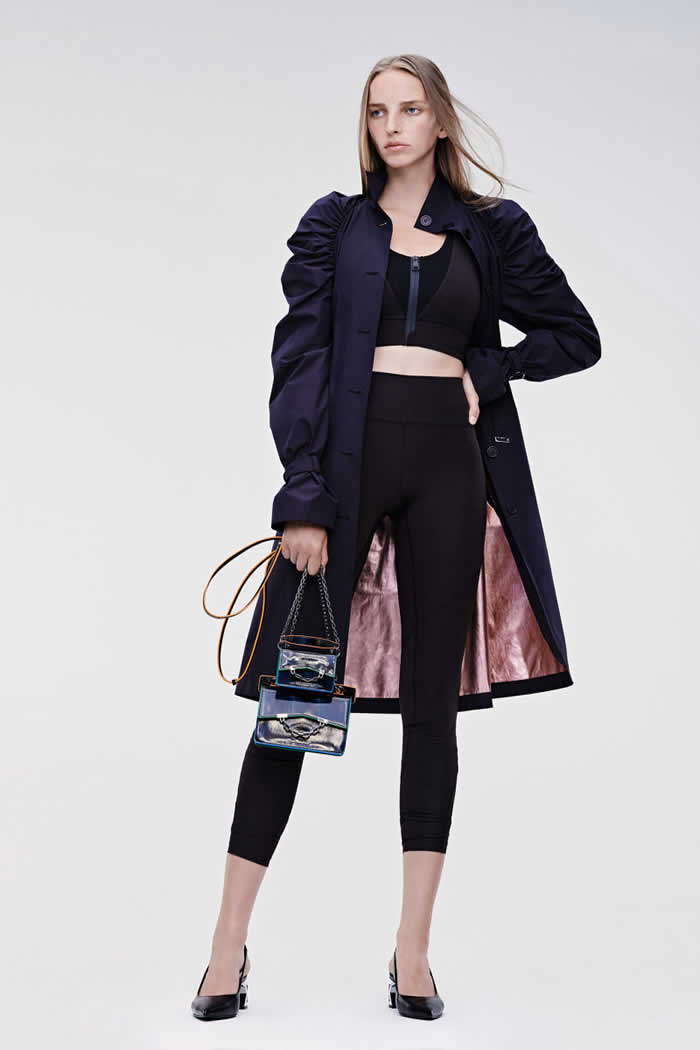 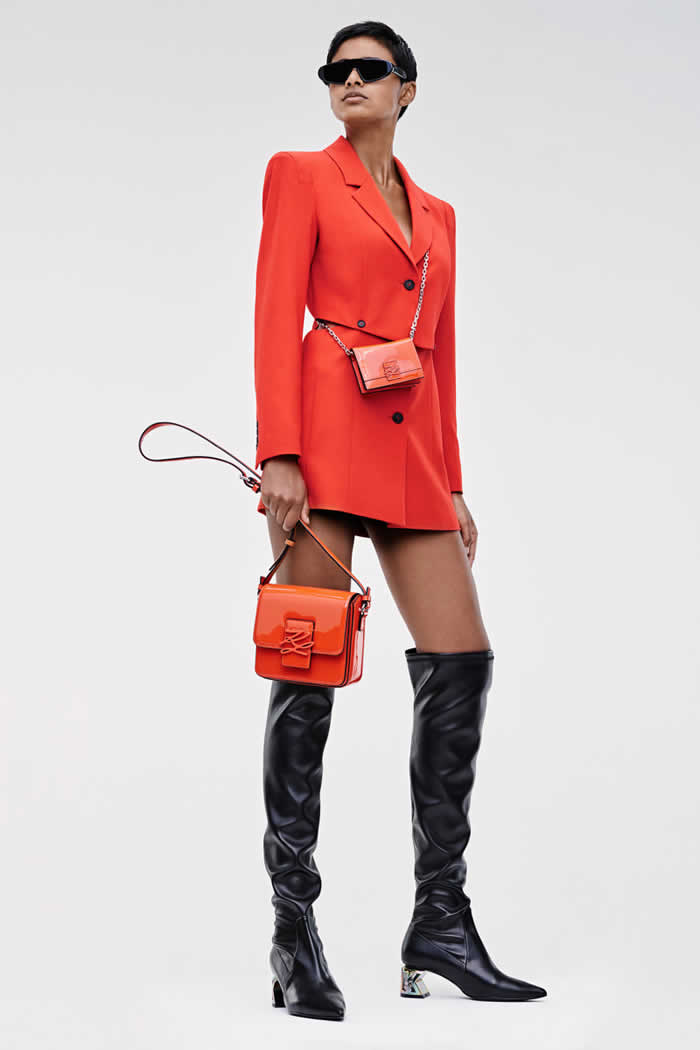 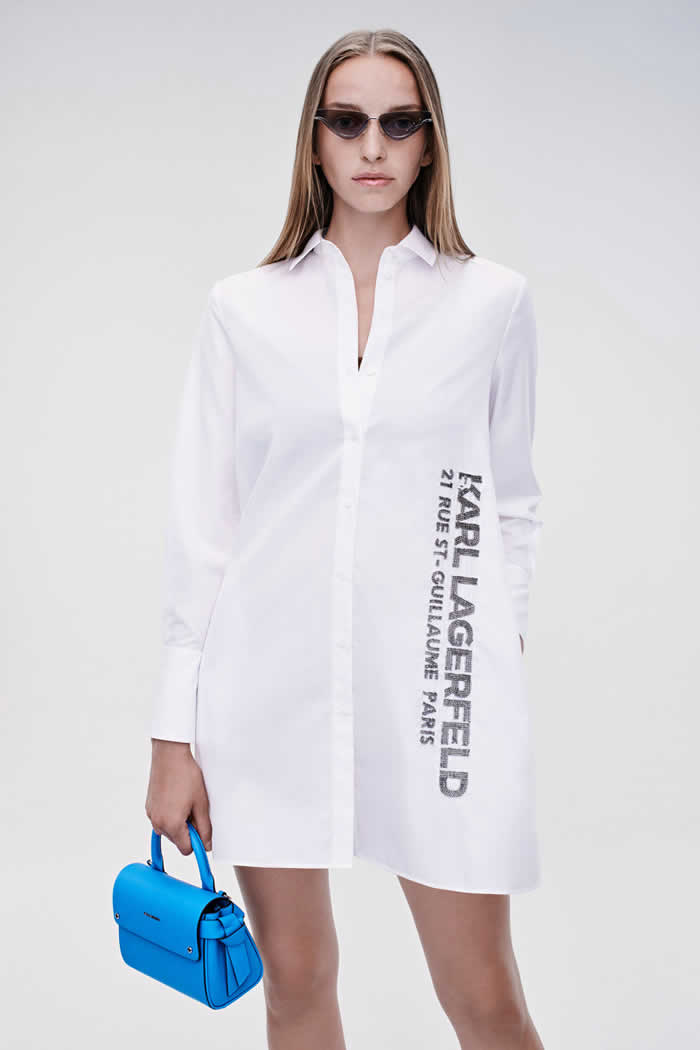 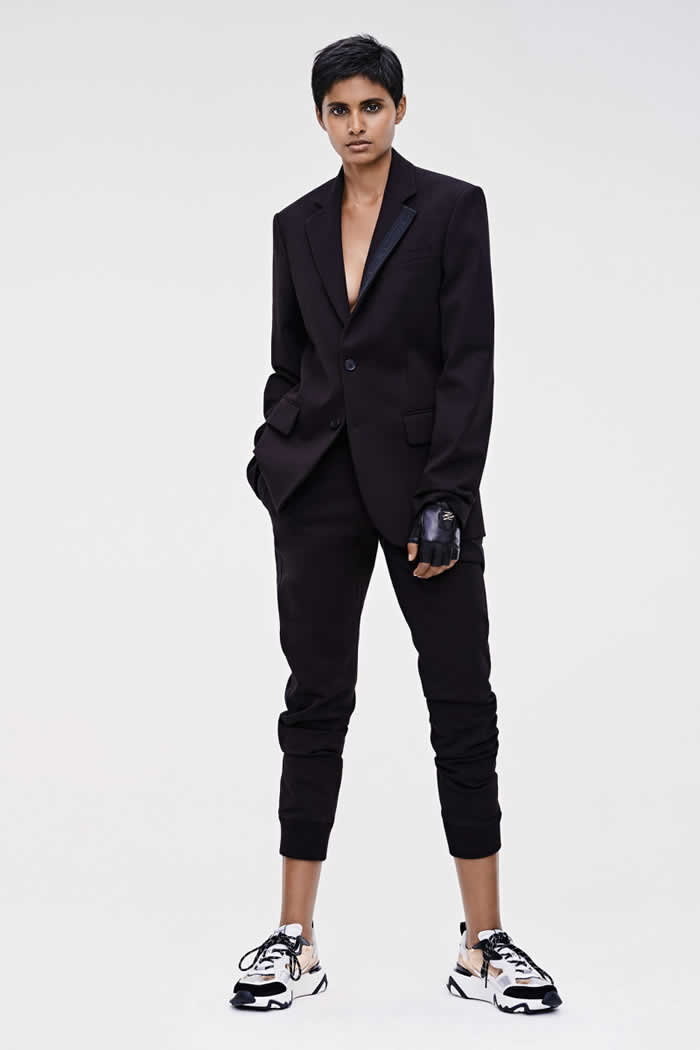 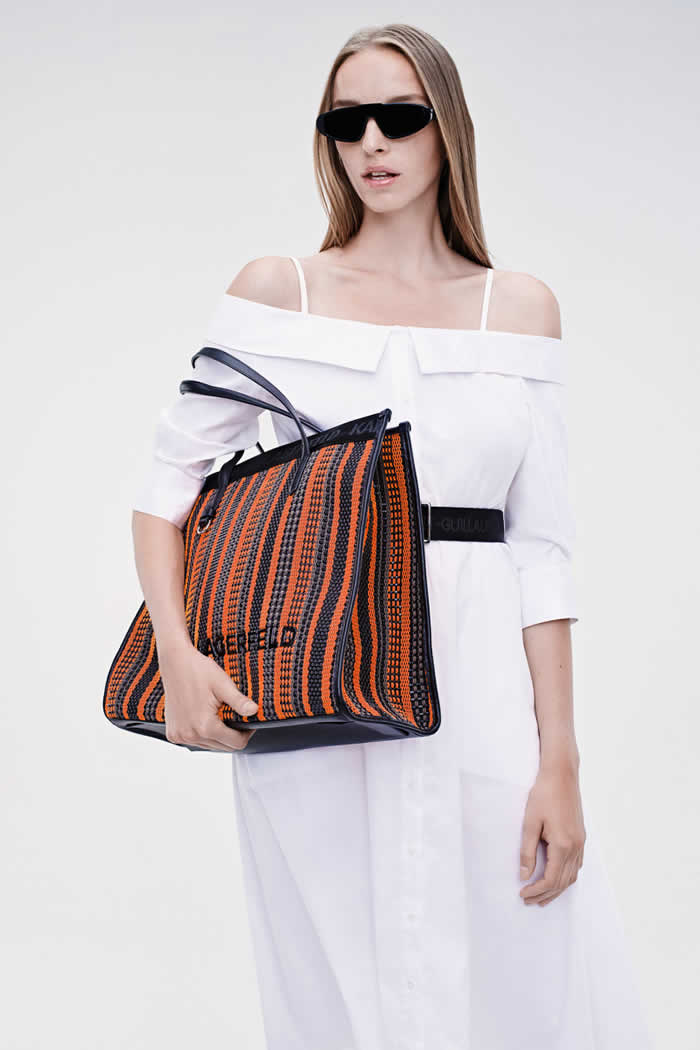 The collection winked to video arcades of yore with vivid color, graphic prints and metallic touches.

What does futuristic fashion look like? Is it about technical fabrics, including crisp ones with a metallic or iridescent sheen? Is it about the glowing colours and graphic appeal of video games like Tron? Or is the future more about unisex clothes, and cosy ones for working at home?

Chez Karl Lagerfeld, it’s all of the above in a spring collection with a future theme that was handled with a light and wry touch.

The late designer famously made a cameo in the fourth instalment of “Grand Theft Auto” in 2008 — as a DJ at the game’s K109 The Studio station. But here the design team winks to retro arcades, handbags and wallets mimicking PlayStation 1 controllers, and chiffon dresses printed with KL initials etched with Tron-like afterglow.

The tailoring on suits and coat dresses is fine, in that masculine-feminine vein, and Lagerfeld’s fetish white shirt returns as an off-the-shoulder shirtdress. Puffy logos in iridescent plastic on knits and a silver-foil trenchcoat were more obvious and hackneyed plays on a futuristic aesthetic. Naturally, Choupette was given a cyber makeover in the “Terminator” vein, her sunglasses and ears in gleaming silver for cross-body bags.

What seemed more 2021 were the two-in-one garments, including a beige trenchcoat that was actually a sleeveless shirtdress and bolero jacket; the normcore items for him, her or them, and the tough-chic pieces in glossy faux leather.