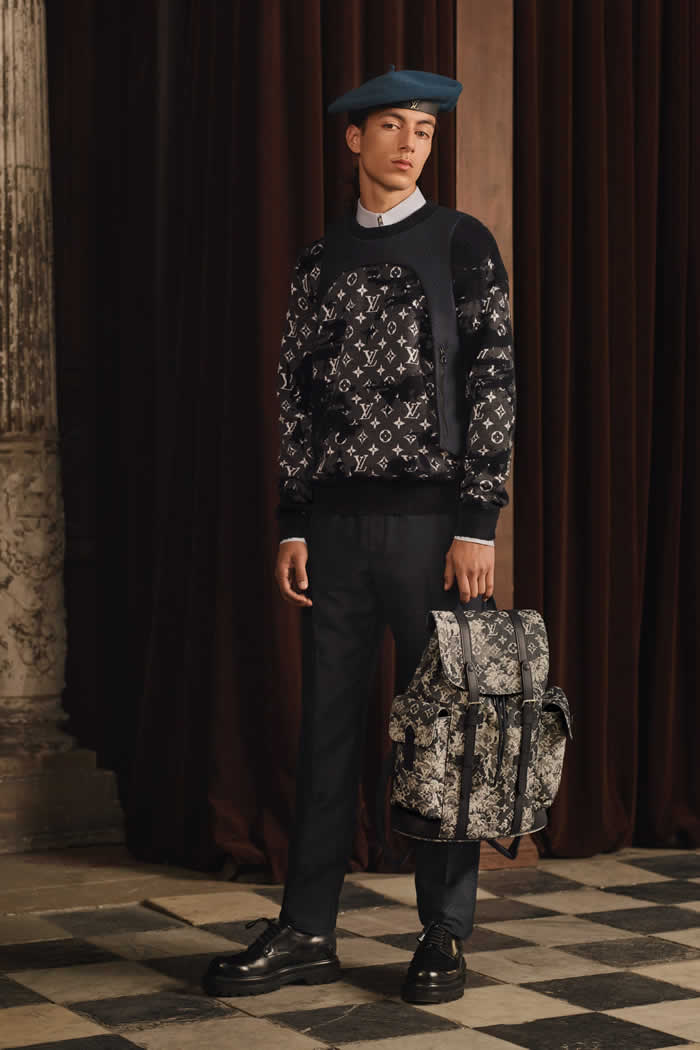 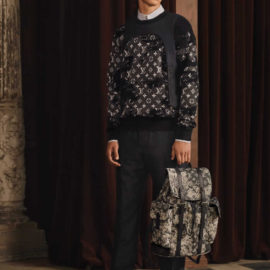 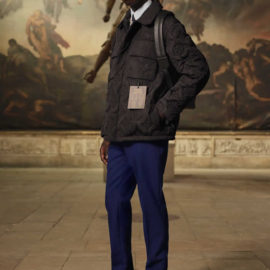 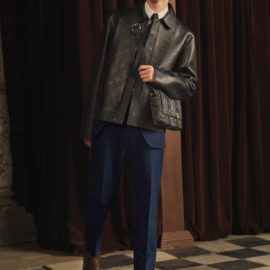 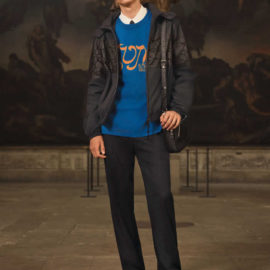 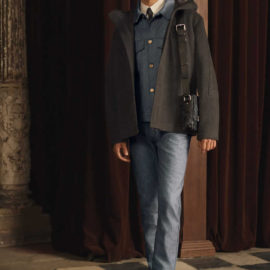 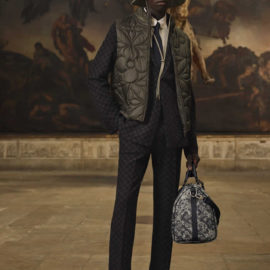 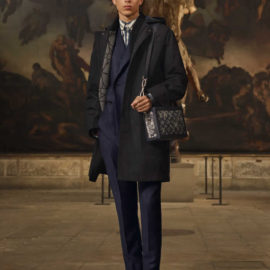 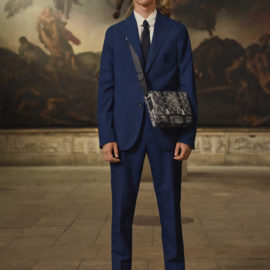 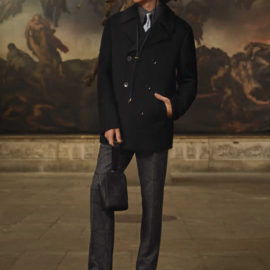 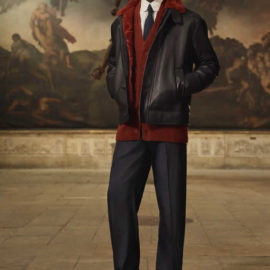 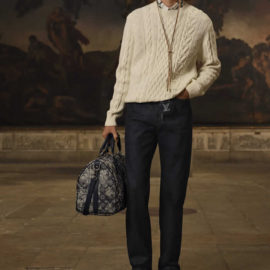 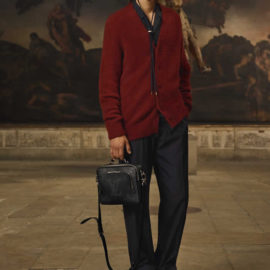 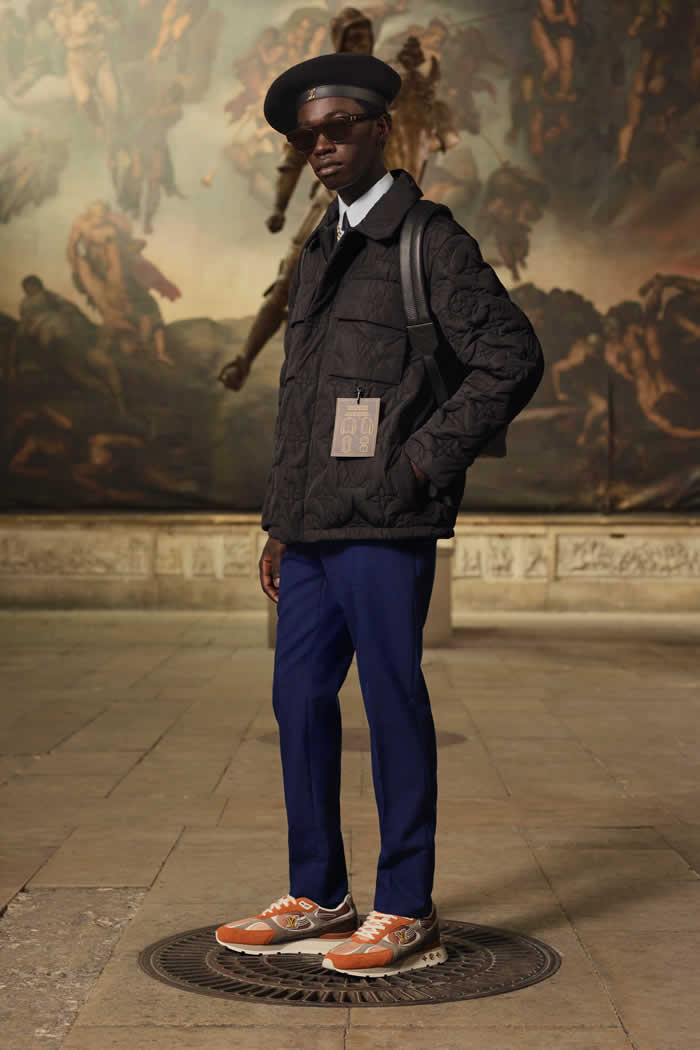 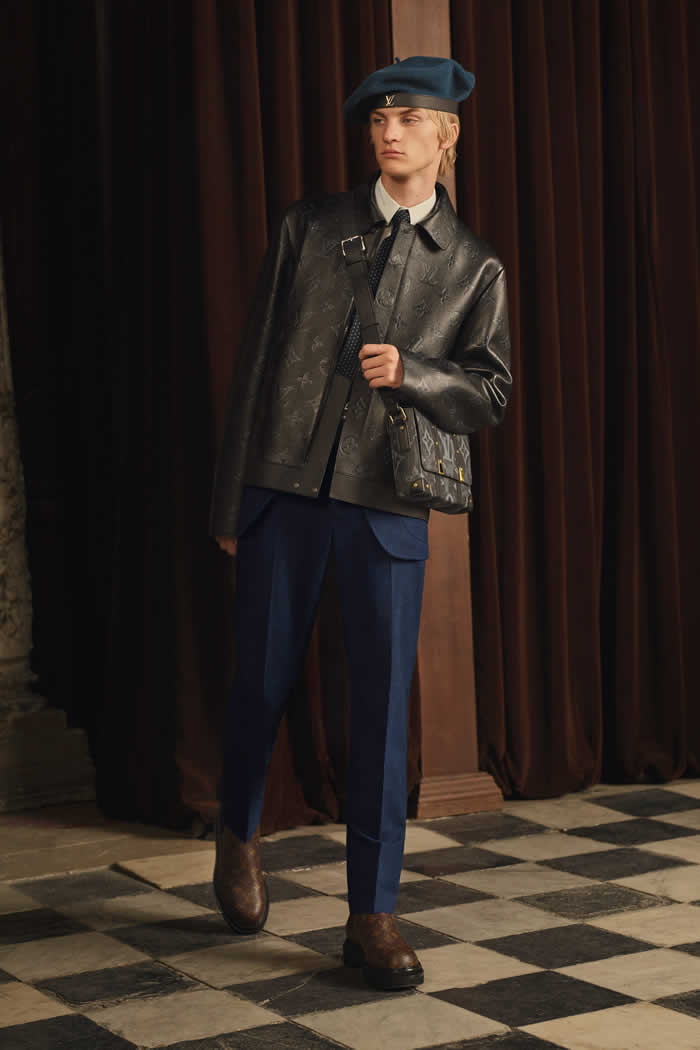 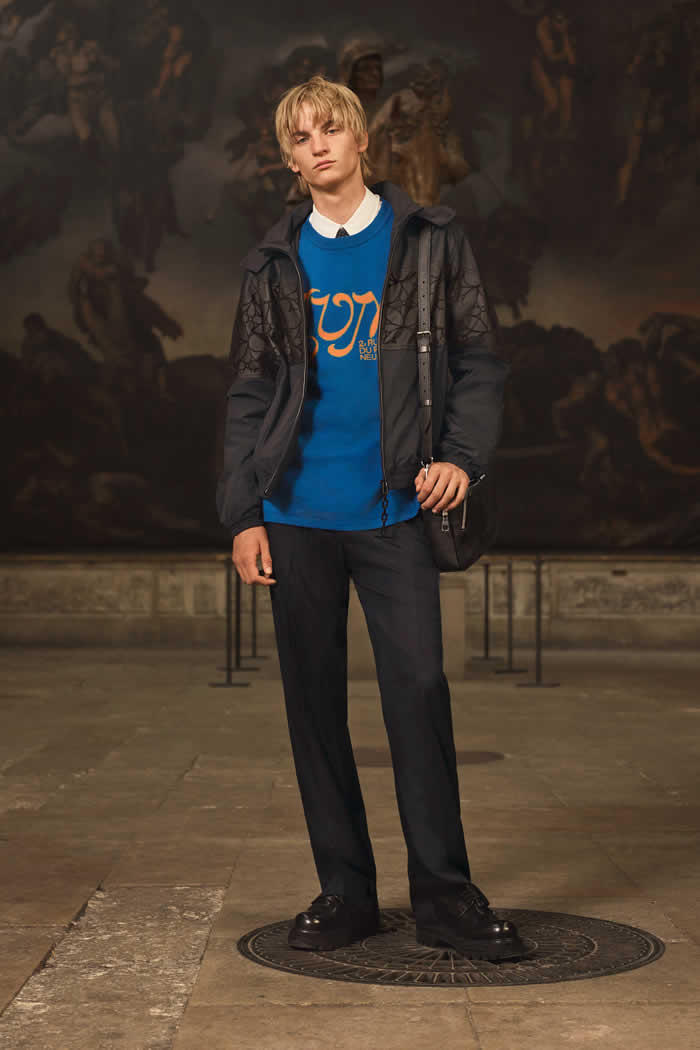 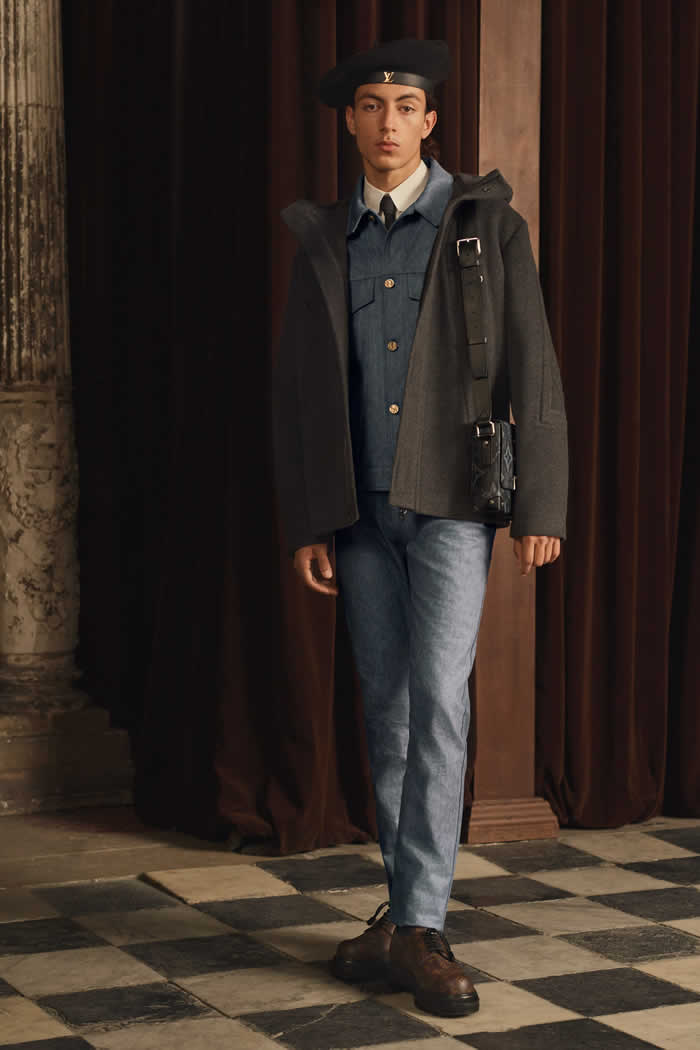 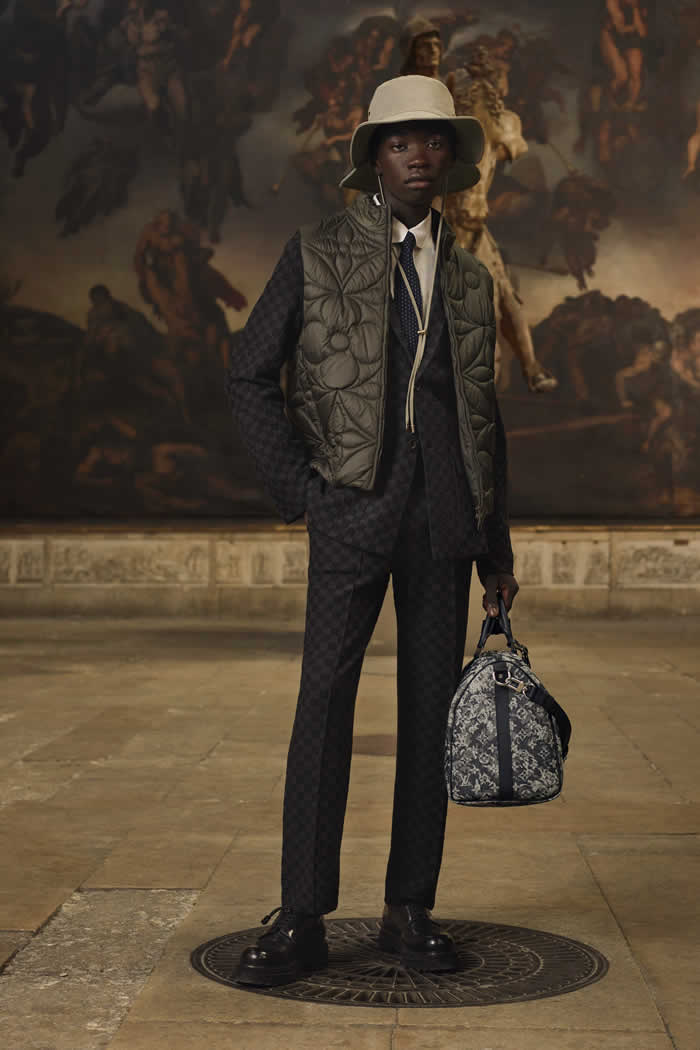 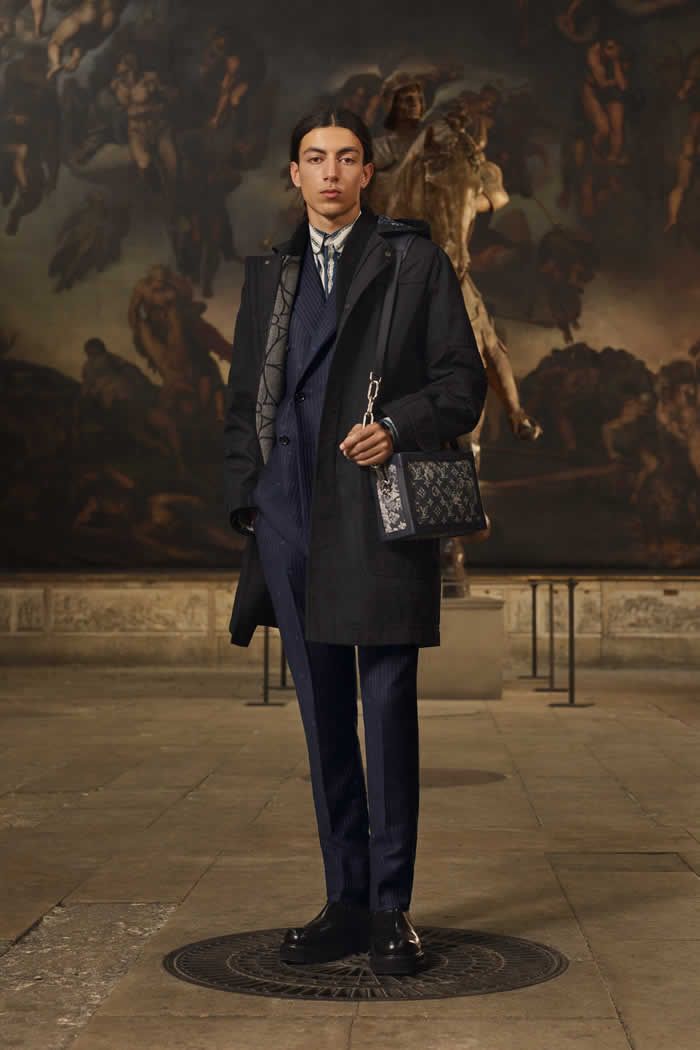 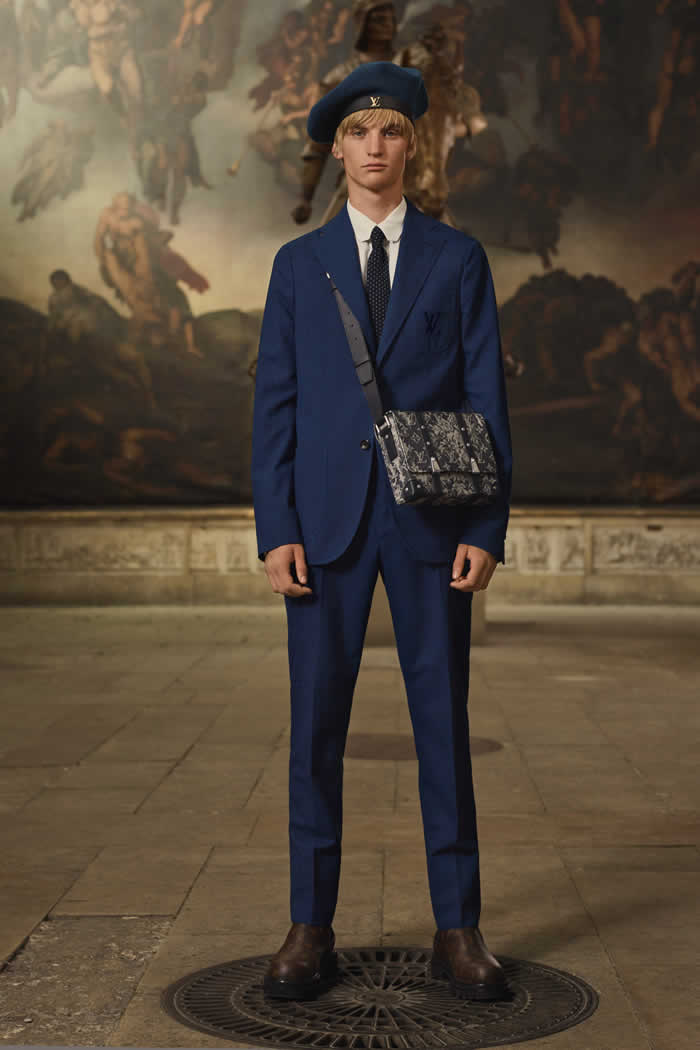 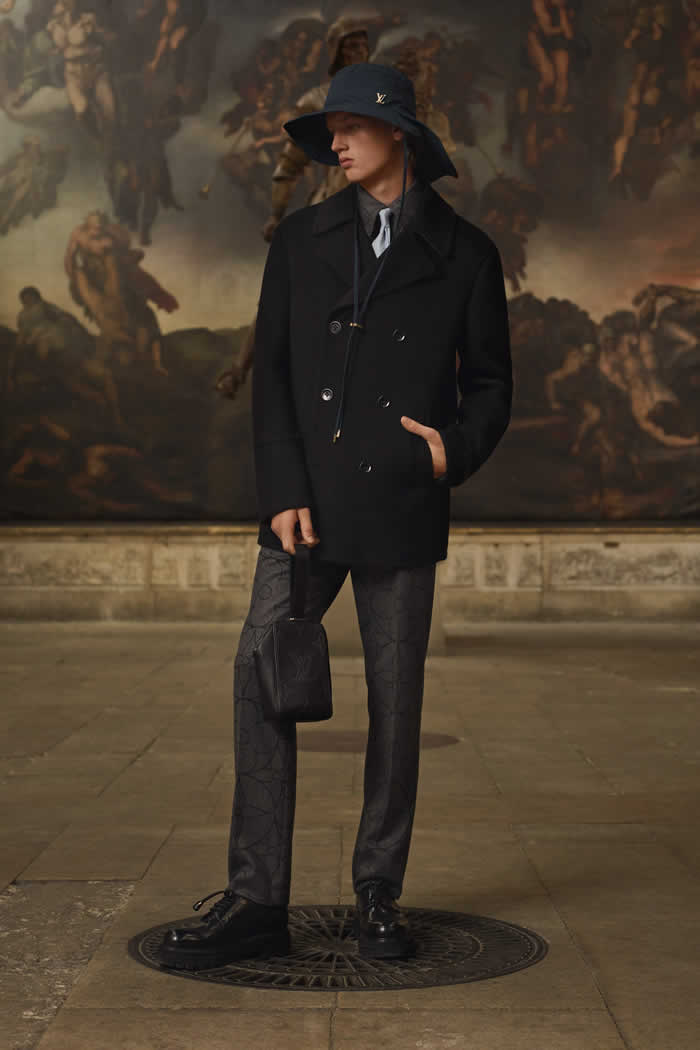 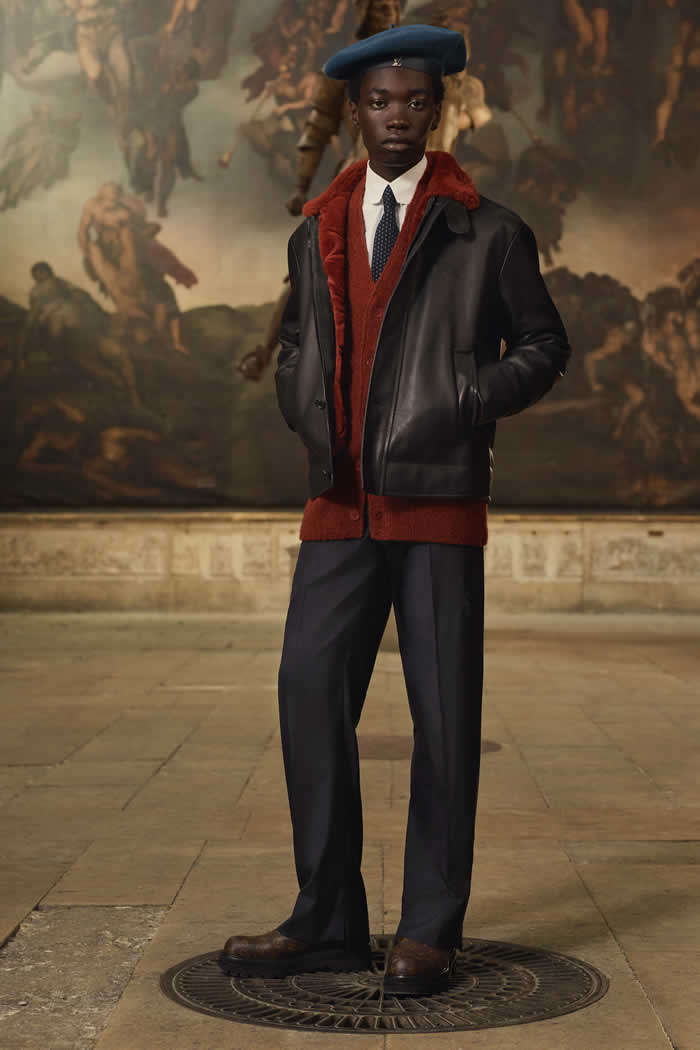 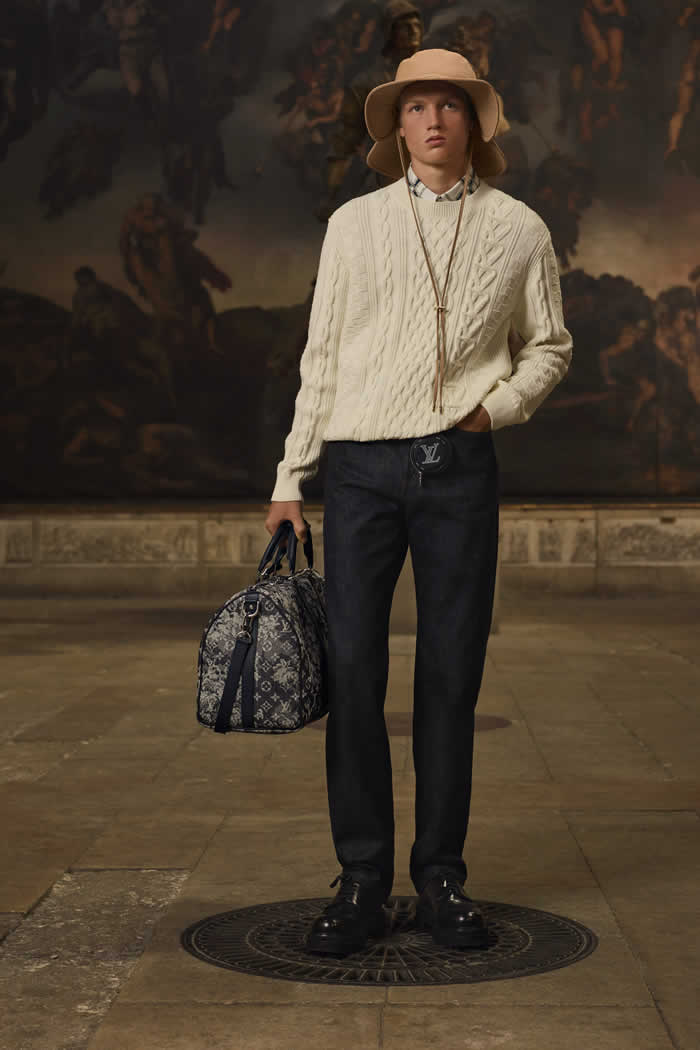 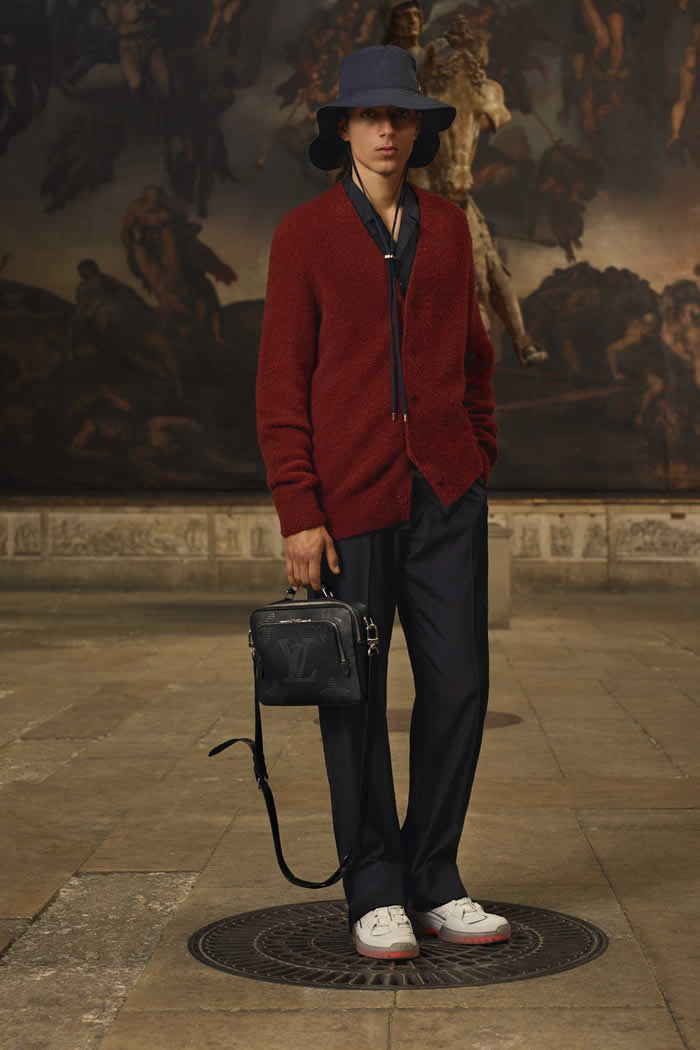 In two days, Louis Vuitton will unveil a video teasing Virgil Abloh’s spring 2021 collection for the house. Today, on the eve of Paris Fashion Week Online, Vuitton is teasing his pre-spring offering.

The images here reveal a green leather jacket somewhere between sage and basil, a mink jacket with an oil slick sheen, loose-fitting pants, sneakers, and a pair of exuberant bucket hats.

Describing his mission this season and his work at LV more broadly, Abloh said, “We’re in a streetwear era, but I’m not satisfied with categories that are popular. I want to make a wardrobe. To me that’s doing justice to the history and craftsmanship and savoir faire of Vuitton.”

What the images don’t reveal are Abloh’s pre-spring suits, which are leaner and neater than his early tailoring for the house. Also missing: his new take on the mid-layer garment, which is a…cummerbund.

If that sounds not as sexy as the glittery harness Timothée Chalamet wore to the Golden Globes in 2019, it’s not as predictable as you might think. Abloh has his cummerbunds accompanying not formal attire like tuxedos but more casual looks.

“I’ve always wanted to come up with an accessory that I made my own, that wanders in my investigations,” Abloh said, “basically to come up with a new silhouette.” In army green, one cummerbund is slung below the hips of a model wearing elastic-waist trousers and a denim and shearling jacket; in a pastel crayon rubbing monogram print, another accessorizes a down jacket, button-down, and cigarette pants. Other novelties: “softer” monogram motifs and berets.

As for his spring collection for Louis Vuitton, Abloh said the months of self-distancing and isolation got him thinking about the industry’s role in the problems facing our culture.

“What does fashion mean now that we have this global pandemic that has us thinking more about our health and safety than clothes?” he asked. “The environment is the issue our industry needs to address. It’s such a heavy issue, but realized I could make an impact as a designer.” Watch this space to find out how he does it.