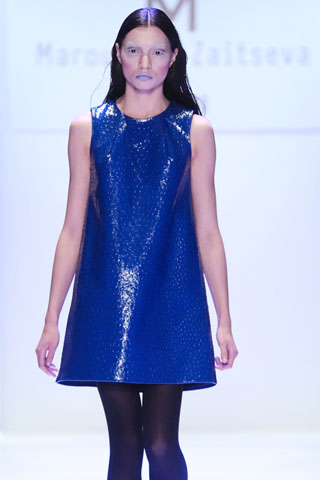 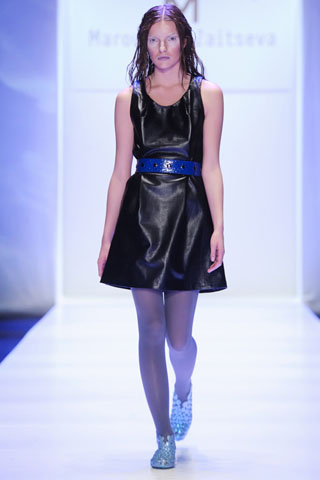 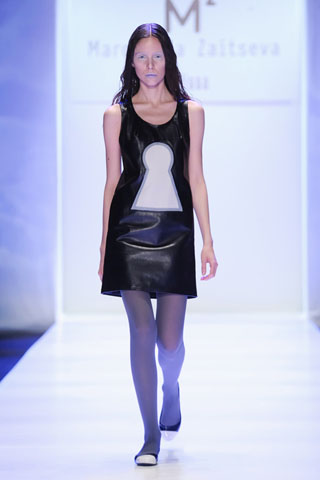 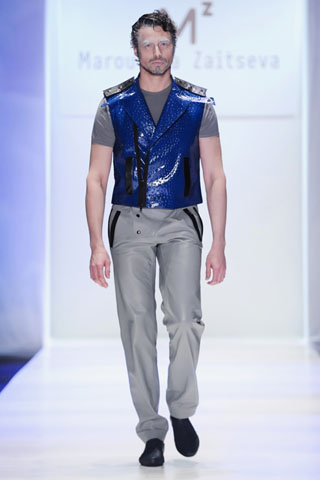 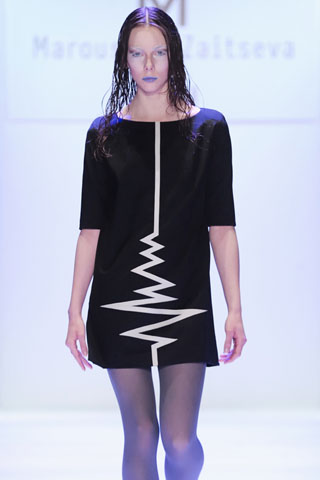 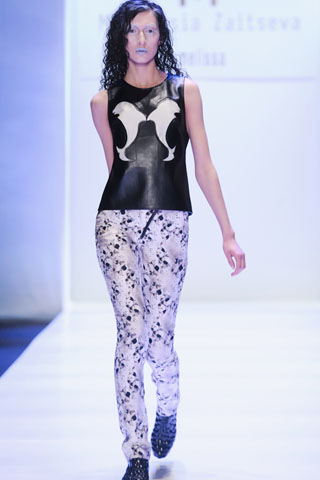 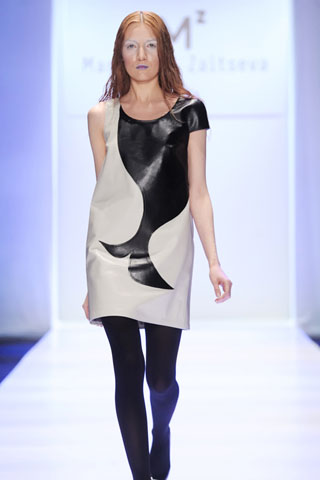 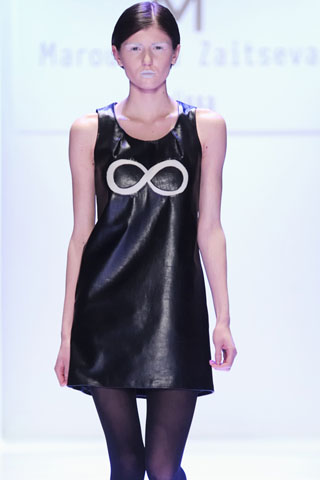 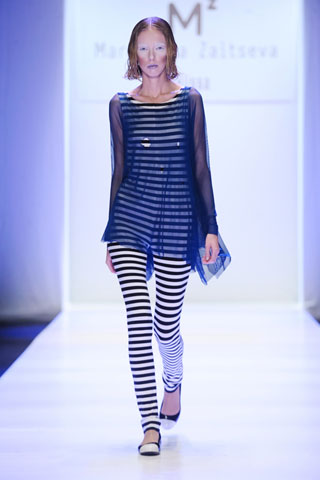 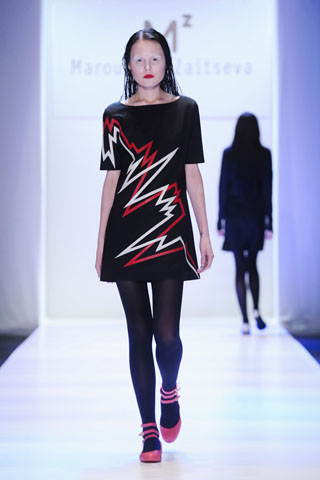 River and a flight attendant
The most awaited début of the twenty-fourth season of Mercedes-Benz Fashion Week Russia did not disappoint anyone. The main anxiety was that Maroussia Zaitseva, having all the power of her grandfather’s Fashion house, would set such ambitious tasks that she wouldn’t be able to solve them, – however, that didn’t happen. That is why after the collection ‘Landing on Hudson River’ or ‘A true flight attendant smiles till the very end’ you can officially speak about three generation’s of Zaitsev’s family in design.

The collection in based mainly on bell-shaped mini-dresses, which, by the way, look great with ballerinas by Melissa Plastic Dreams (the show’s partner), and again, like in her diploma collection at ‘Laboratory 13’, as a main tool of expressing herself, Maroussia chose prints in the form of planes, dolphins and keyholes. The semiotic attractiveness of the last was highlighted by a creamy-black dress with a keyhole, painted red, and red leggings, which looked like a reference to Brodsky’s poem ‘Debut’. The only constructively complicated item (which Zaitsev-senior and Zaitsev-second were especially good at) was a light-turquoise jacket that was closing the show. Maroussia coped with it brilliantly, which clearly demonstrated that she chooses her personal, authentic vision of style and she does not plan to copy her predecessors.