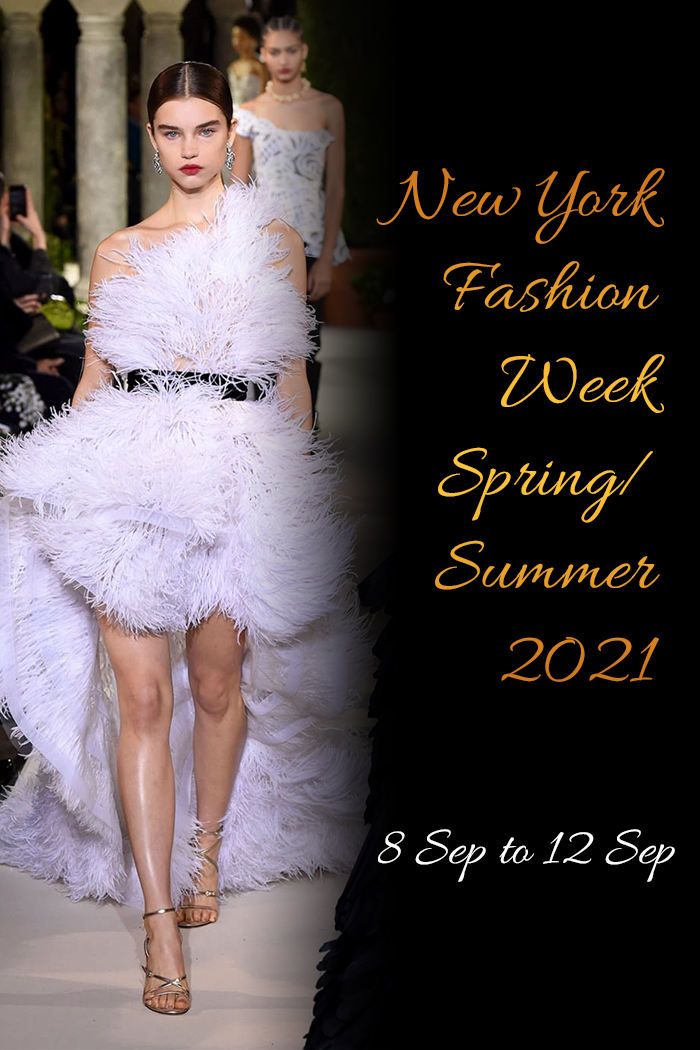 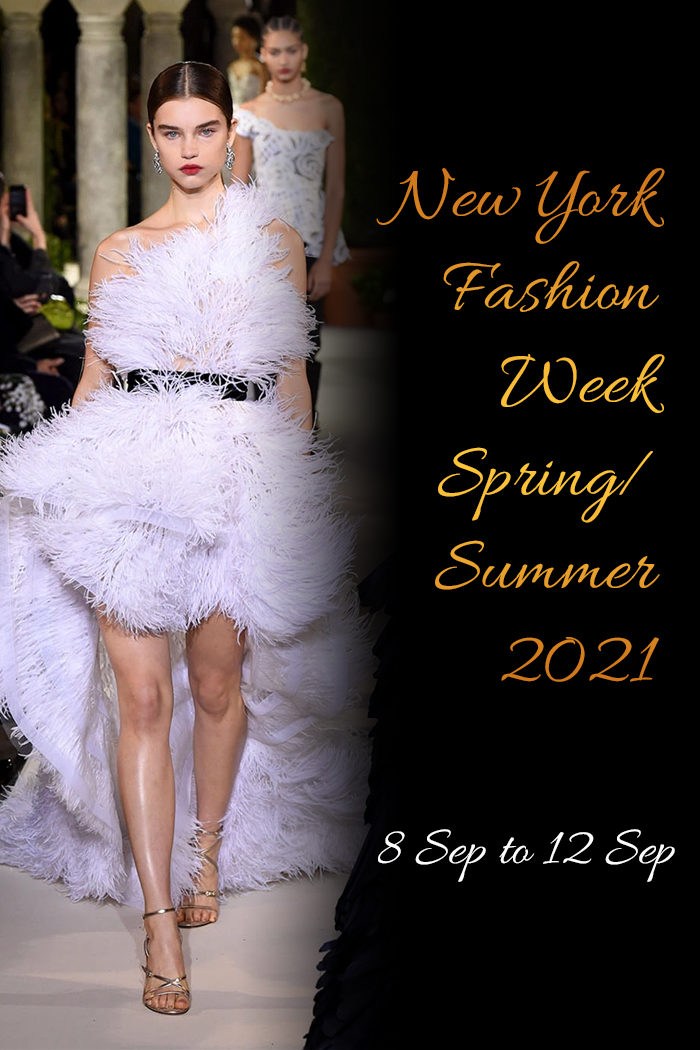 The upcoming fashion week will be mostly in-person after two seasons of digital presentations and fashion shows.

New York Fashion Week is making its return next month with a slew of fashion shows, presentations, and events.

The upcoming spring 2022 season will be the first in-person fashion week since February 2020, as the pandemic has forced the biannual event to go digital with live streams and lookbooks taking the place of the traditional live fashion show.

This fashion week has a slate of 91 shows and presentations from designers, including Jeremy Scott for Moschino and Thom Browne, who are showing in New York instead of Europe to lend their support to American fashion.

New York Fashion Week will be followed by the 2021 Met Gala, which is taking place in a smaller format on Sept. 13, celebrating the Costume Institute’s new exhibition about American fashion.

Here, WWD breaks down everything to expect at New York Fashion Week spring 2022. Read on for more.

The official New York Fashion Week calendar runs from Sept. 8 to Sept. 12. The schedule will begin with Ulla Johnson and end with Tom Ford.

New York Fashion Week’s official home will again be Spring Studios. Some designers and brands, however, are showing at other locations throughout New York City.

Which designers are presenting during New York Fashion Week spring 2022?

The calendar also sees the return of several designers who usually show in Europe, including Jeremy Scott for Moschino — who will present a collection on Sept. 9 at a still-undisclosed location — and Thom Browne.

New York Fashion Week spring 2022 will be a mostly in-person event. Some shows will be digital-only, and most will be live-streamed on NYFW.com or through the brand’s social media platforms.

What health and safety measures will be taken at New York Fashion Week?

IMG is requiring proof of the COVID-19 vaccine for anyone attending New York Fashion Week. All models, hairstylists, makeup artists, photographers, and others working backstage at shows are also required to be vaccinated. IMG is also recommending showgoers wear masks while indoors. The number of invited guests to most shows has also been significantly reduced.

What is IMG’s Fashion Alliance?

In May, IMG revealed its Fashion Alliance initiative, which is a partnership between IMG and 11 fashion designers and a long-term commitment to New York Fashion Week. The initiative boils down to the fact that 11 designers and brands have agreed to show at IMG’s NYFW: The Shows for the next three seasons.

When is New York Men’s Day?

What other events are taking place during fashion week?

NYFW: The Talks is also returning this season, with various panels focusing on fashion, culture, and social issues slated throughout fashion week. As part of the initiative, IMG is partnering with Harper’s Bazaar and its editor-in-chief, Samira Nasr, on Sept. 11 to host a remembrance event for the 20th anniversary of the 9/11 terrorist attacks.

After last year’s hiatus caused by the pandemic, Harlem Fashion Week is returning with its ninth season. The event includes a Black Lives Matter fashion exhibition, a femme-forward awards ceremony, and a fashion show.

Revolve Group, the popular Los Angeles-based online retailer, is making its New York Fashion Week debut with its Revolve Gallery. The initiative is an innovative, multiroom fashion experience held at 20 Hudson Yards that features real-time shopping from brands carried on Revolve, which each has its own designated room.

Other events and parties are being hosted by Gabriela Hearst, Gucci, Dior, Neiman Marcus, Saks, and Ugg.