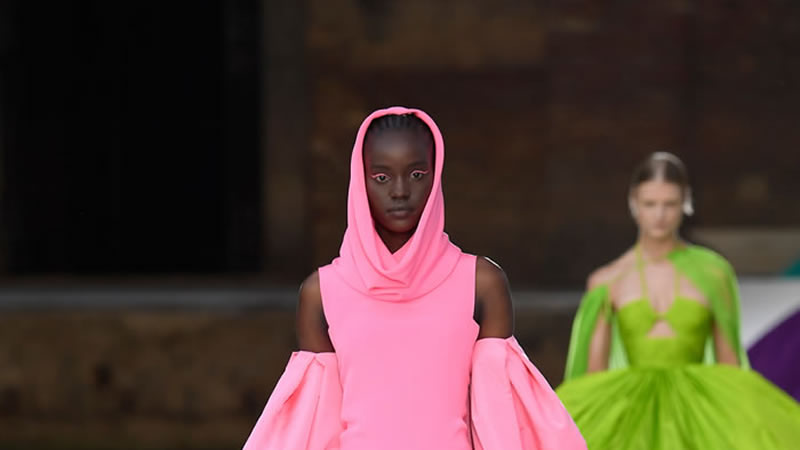 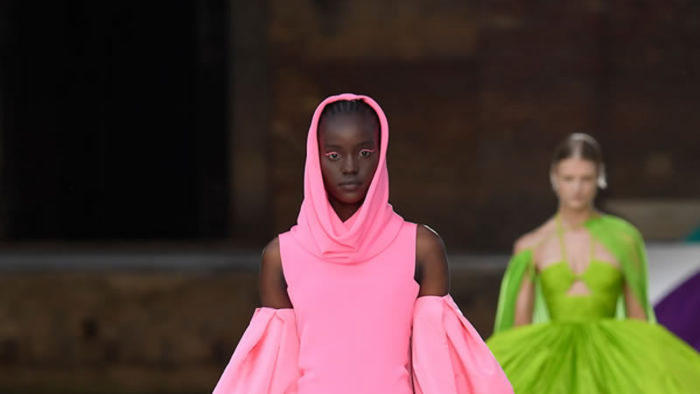 In one of the buzziest couture seasons in recent memory, designers continued to redefine traditional couture codes with an array of new styles.

Couture has gained traction beyond its traditional clientele over the past few years, but the return of IRL shows, some history-making launches (including Pyer Moss and Gaultier Paris by Sacai), and the return of Balenciaga to couture all made fall 2021 the buzziest season in recent times.

The attention-grabbing shows were full of conceptual messages, but also presented accessible touchpoints including denim, men’s wear offerings, pops of color, chic, versatile tailoring, and the use of the lightest feathery embellishments.

From the traditional couture tweed fabric at Chanel and Dior to the oversized boxy modern silhouettes at Balenciaga, designers are infusing a daytime flair into their tailoring offerings.

And when it comes to couture, denim is no longer a casual choice. Some highlights included the jewelry-encrusted jean jackets at Schiaparelli and a magnificent denim jumpsuit at Gaultier Paris by Sacai.

Ethereal and attention-grabbing are what comes to mind when describing this season’s popular feathery trimmings and embellishments. Featured examples include a bobble marabou crop jacket at Armani Privé and a head-turning headpiece at Alexandre Vauthier.

Joyful and vivid colors are on everyone’s minds these days, and the couture collections were no exception. From multicolor gowns at Ronald van der Kemp to bright shade explosions at Valentino, these clothes are mood elevators.

Following the initial couture men’s wear looks shown last season at Valentino and Fendi, the evolution continues with the introduction of the modern Balenciaga men’s and the glam evening offerings at Azzaro, to name a few. There is a new customer in town. 5 Sunglasses Trends to Shop For Summer