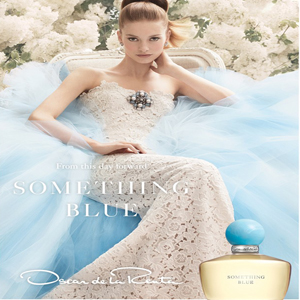 â€œSomething old, something new, something borrowed, something blue,â€ mused Oscar de la Renta, sounding more like a father of the bride than a man about to launch his third fragrance brand in two years.

by DC Content Team
0
“Something old, something new, something borrowed, something blue,” mused Oscar de la Renta, sounding more like a father of the bride than a man about to launch his third fragrance brand in two years.

His new women’s scent, Something Blue, is clearly inspired by matrimony. But de la Renta has a bigger idea. “We wanted to take away a little bit from [Calvin Klein’s] Eternity,” he said with a grin.

Michele de Bourbon, senior vice president of sales and marketing of the fragrance division, added, “We wanted to go beyond bridal. We wanted it to be a lifestyle [fragrance].”

The fragrance, which will be launched at Saks Fifth Avenue on Thursday then rolled out to Bloomingdale’s, was designed for the specialty store market, with plans to keep it in upper-tier distribution in about 10 markets overseas. The fashion house does not break out sales projections, but industry sources calculate that the global first-year target is around $10 million retail, with a substantially higher total in the second year.

Despite the lifestyle ambitions, Alexander Bolen, chief executive officer of Oscar de la Renta, has his eye firmly on the strategy he laid down when the house regained ownership of its beauty license after a court dispute with L’Oréal. “What we want to do with our fragrance business — the way we want to stand out — is to tie back to our fashion,” he said. “Bridal is such an important business for us; this is a natural.”

But turning the concept into a product was not easy. Bolen discovered the right color blue for the cap in a stone called Larimar that, happily, is found only in the Dominican Republic, de la Renta’s home turf. And the designer even knew the owner of the Larimar mine. “We wanted to use the actual stone,” de la Renta said, “but it was so unbelievably expensive that we had to refabricate it [in plastic].”

Other features came more easily, like the ring around the bottle’s neck that beauty advisers realized they can slip onto their fingers, Bolen noted. He and de la Renta are contemplating doing a deluxe limited-edition sporting a real Larimar stone top and a gold ring around the bottle neck. The house created a Larimar shade of nail polish last fall that Ann Romney wore to the second presidential debate. The design of the outer carton is from a lace fabric de la Renta used.

The juice, formulated by perfumer Frank Völkl of Firmenich with Ann Gottlieb, echoes the wedding theme. “It’s a white floral that’s opens with a sparkly, fresh start of linden blossom and mandarin,” de Bourbon said, adding that “the heart is stephanotis,” a white flower often called the “bridal veil” and used in wedding bouquets. But Firmenich did not have it in stock, so some flowers were picked from de la Renta’s home garden in Punta Cana.

The last step was to buy the rights to the fragrance’s name from a friend of de Bourbon, whom Bolen declined to identify. “It was a very friendly discussion,” he said.

The price points are $85 for a 1.7-oz. eau de parfum, $115 for the 3.4-oz. size and $65 for a candle, intended to add giftability. The ad, shot by Craig McDean, bears the tag line: “From this day forward.” In addition to the usual magazine advertising, the fashion house is making extensive use of social media: There is a collaboration with bridal-oriented Web site The Knot. A microsite has been designed to allow visitors to create their own photo vignettes online, and a sweepstakes will be conducted — with a two-week stay in the Dominican Republic in May as first prize.

Scandalous by Victoria`s Secret for women

Hayden Panettiere Bares Her Bump in a Crop Top

Summer style tips for the plus size women