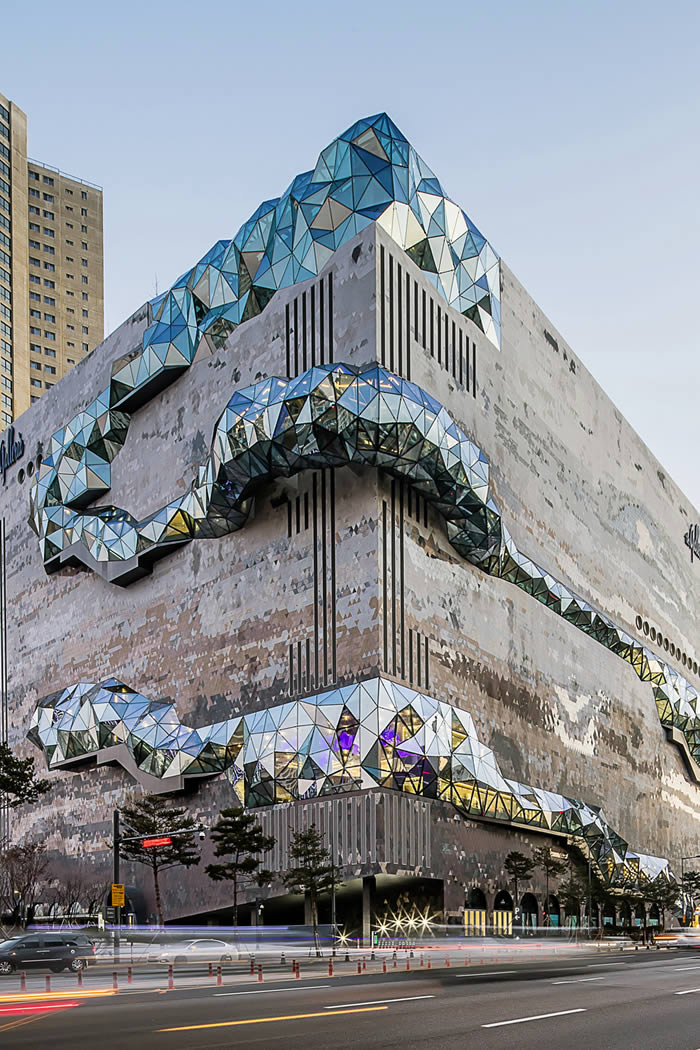 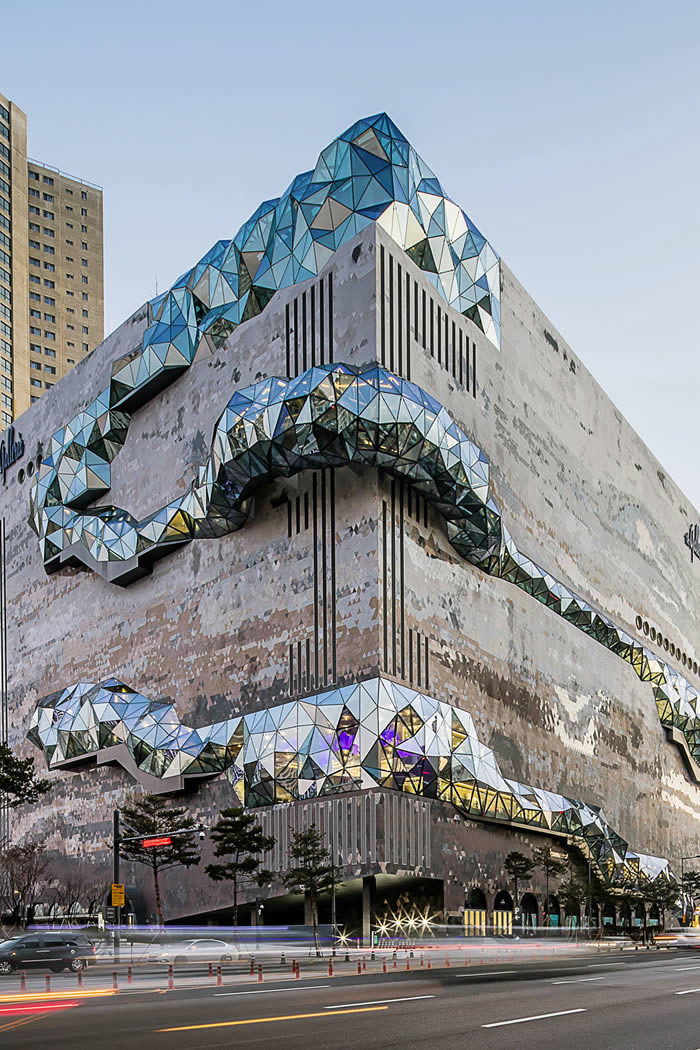 In the developing city of Gwanggyo located about 25 kilometers south of Seoul, a high-end Korean department store stands out amongst gray office buildings and other concrete structures. Designed by OMA/Chris van Duijn, the Galleria shopping center features a mosaic facade of neutral-toned stones cut into exact triangles. A series of geometric, opal windows offer those passing through the dome-like hallways a look at the burgeoning city’s activities.

OMA said in a release that the building is inspired in part by the nearby Suwon Gwanggyo Lake Park, an urban green space that surrounds a small body of water. Complete with a rooftop garden, the structure has designated space for consumers to shop and for cultural activities that are open to the public. The international firm also is leading the redesign for the New Museum in New York City, a project that will replace the current building with a 60,000-square-foot structure made of laminated glass and metal mesh. Its work on nhow Amsterdam RAI Hotel even garnered a recent nomination for Golden Amsterdam Architectural Prize 2020, which is bestowed annually by the Amsterdam Centre for Architecture.