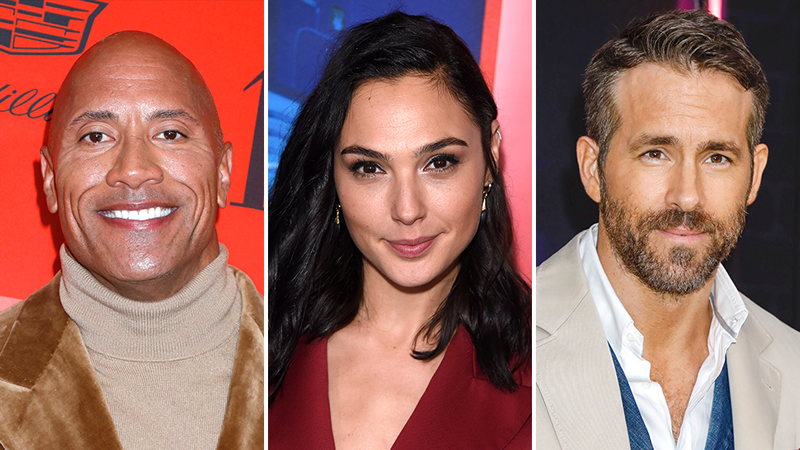 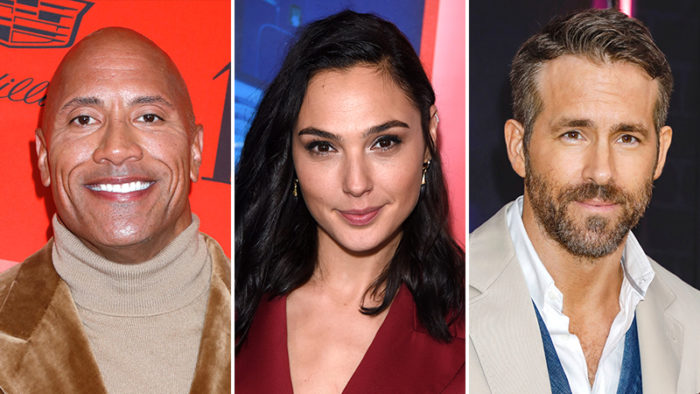 The best thing about Red Notice is that it teams up three of Hollywood’s biggest stars, Dwayne Johnson, Gal Gadot and Ryan Reynolds for an action adventure.

Ahead of the film’s release on Netflix, the lead cast walked the red carpet for the LA premiere. While Johnson and Reynolds wore suits, Gadot stole the show in a stunning red dress.

At the premiere, both Ryan and Gal were seen matching the red carpet as they chose to go for red outfits for their film’s premiere. Reynolds looked dapper in a red corduroy suit. Gadot also shined in glittery red dress by Loewe. As for Dwayne Johnson, the actor chose to go for a purple velvet suit and was also accompanied by his wife Lauren Hashian on the red carpet.

Gal who recently welcomed their third baby, daughter Danielle in June looked stunning on the red carpet as she made heads turn with look at the Red Notice premiere. The actress’ husband, Yaron Varsano was also present to support her at the event.

Check out photos from the premiere here:

The promos and trailers of Red Notice have promised it to be an action-packed ride along with a few comical elements and fans can’t wait to see the funny banter between Johnson and Reynolds’ characters. Also, Gal’s performance as one of the world’s most wanted con artists sounds intriguing. Red Notice releases in US theatres on November 5 and on Netflix on November 12, 2021.