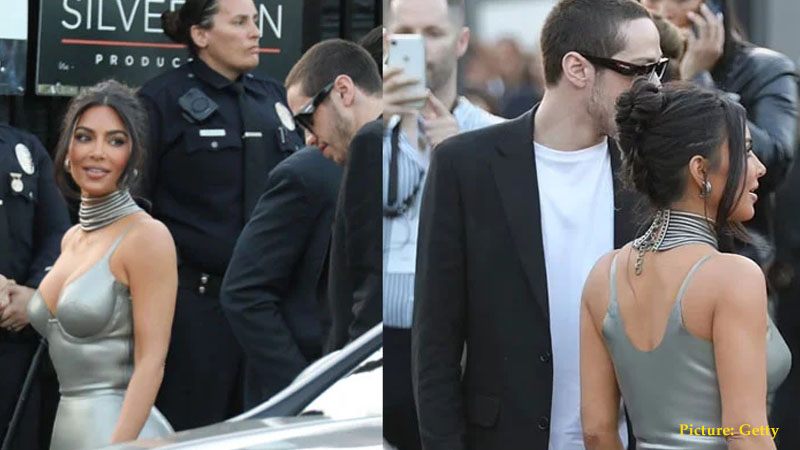 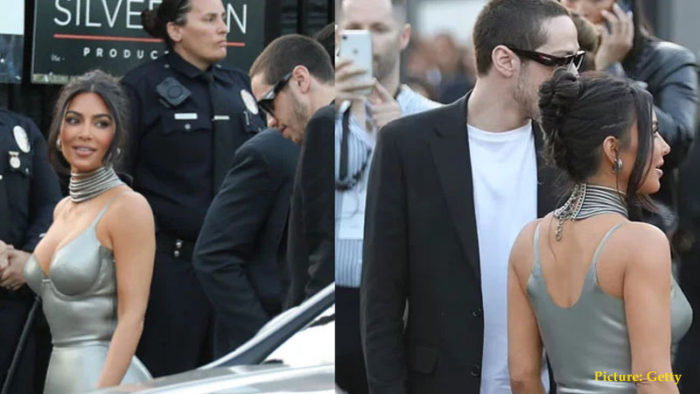 Kim Kardashian has made her first red carpet debut with her beau Pete Davidson. The couple caught eyes on the carpet as they attended The Kardashians premiere.

The SKIMS founder accessorized her outfit with a silver necklace, bracelet, and metallic stilettos. She wore her hair in a high bun with two-piece out dangling in her face.

While her outfit stunned fans, a huge talking point that shocked fans was her attending the event with her beau Pete Davidson. The event marks the first official public appearance for the couple.

Kim and Pete held each other hands as they walked from the car and made their way inside. Pete dressed up in smart attire, wearing a dark blazer and trouser set with black shades.

The moment has been widely celebrated on social media, as the couple marks the first time they have attended an event together, side-by-side.

During an interview with E! News, Kim revealed more about her relationship with the 28-year-old comedian.

The star was asked why she had been hesitant about sharing details of her romance, she replied: “Absolutely.”

She continued: “I wanted to make sure that, you know, we were gonna be – I just didn’t want to meet someone, go on a date, and then talk about it on the show.”Kim added: “He’s so supportive.

The outing appeared to be taken inside a gated community in LA where Kourtney Kardashian’s ex Scott Disick lives.