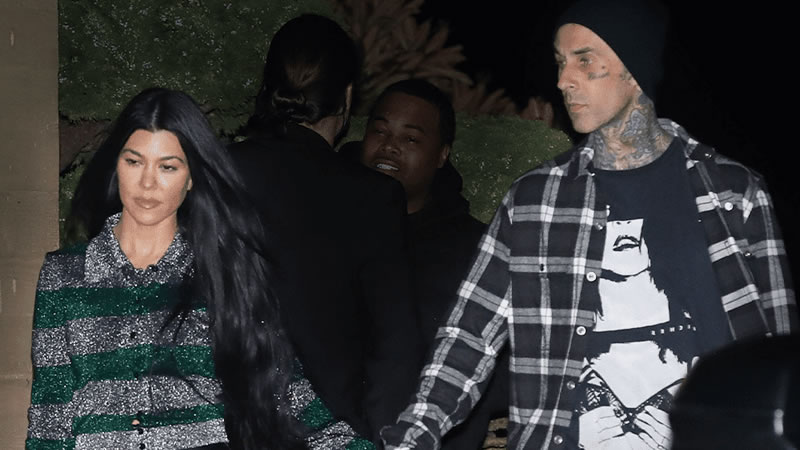 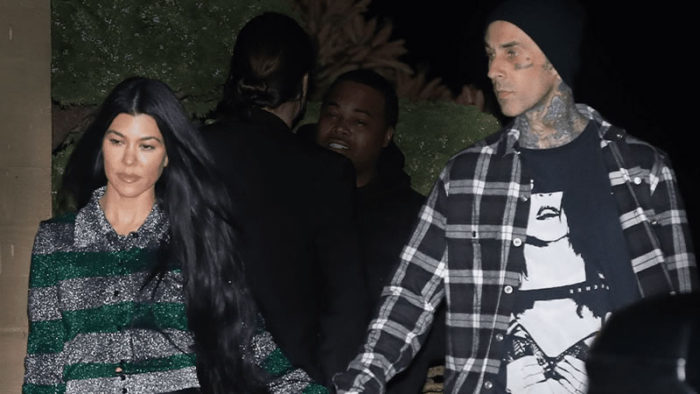 Kourtney Kardashian has found her happily ever after with fiancé Travis Barker.

The Keeping Up with the Kardashians star, 42, and the Blink-182 rocker, 45, are engaged. Kardashian confirmed the exciting news on Instagram by sharing pictures from the romantic proposal with the caption, “forever @travisbarker.”

According to TMZ, who was first to report the engagement, Barker proposed at a beachside hotel in Montecito, Calif. The musician planned an elaborate floral arrangement in the sand before getting down on one knee and popping the question.

This marks Kardashian’s first engagement, but she shares her three children — Mason, 11, Penelope, 9, and Reign, 6 — with ex Scott Disick. Barker was previously married to Melissa Kennedy from 2001 to 2002 and Shanna Moakler from 2004 to 2008. He shares stepdaughter Atiana, 22, son Landon, 17, and daughter Alabama, 15, with Moakler.

“Congratulations @kourtneykardash and @travisbarker I’m so happy for you guys love you guys so much!” Landon wrote in an Instagram Story of the newly engaged pair kissing.

“So happy for you guys I love u both!” Alabama echoed on Instagram while giving a look at the ring.

Kourtney’s sister Kim Kardashian also shared a slow-mo video of the couple making out, complete with a close-up of her sister’s new rock. “KRAVIS FOREVER,” she wrote on Twitter.

PEOPLE confirmed Kardashian and Barker’s relationship in January. They made their romance Instagram official in February after Valentine’s Day, when the reality star shared a photo of the pair holding hands.

A source told PEOPLE in March that Kardashian was “ready for a relationship with a more mature guy.” Barker is “not a player” and is “really nice, chill and is an adult,” the insider added.

In early April, Barker made his love for Kardashian permanent by getting her name tattooed to his chest.

Since then, their relationship has continued to heat up. From the pair packing on the PDA during a romantic trip to Utah to sharing a passionate kiss at the UFC 264 fight in Las Vegas, they haven’t shied away from showering one another with affection.

Barker additionally called the Poosh founder the “love of my life” in May.

Before they gave love a try, though, Kardashian and Barker sparked romance rumors in 2018 and 2019 after they were spotted hanging out together in the Los Angeles area. Speaking to PEOPLE in March 2019, the musician denied that the pair were dating and said that they were simply pals.

“Kourtney’s like a dear friend. That’s it,” he told PEOPLE at the 2019 iHeartRadio Music Awards. “I mean, I love her to death. I love her family to death. But yeah, just friends,” Barker said at the time.

Shortly after they started dating, a source told PEOPLE that Barker had gotten the seal of approval from Kardashian’s family.

“Her family and friends all really like him,” the source said. “Their kids all get along too, which is sweet.”

In June, Kardashian’s mother, Kris Jenner, raved about the couple’s relationship. “Isn’t it great?” Jenner, 65, mused during an appearance on On-Air With Ryan Seacrest. “I know, it’s the best.”

Disick, 37, also gave his blessing to his ex’s new relationship around the same time, sharing during the Keeping Up with the Kardashians reunion, “I think if you really love somebody, you want them to be happy no matter what. So I do give her a blessing to be happy.”