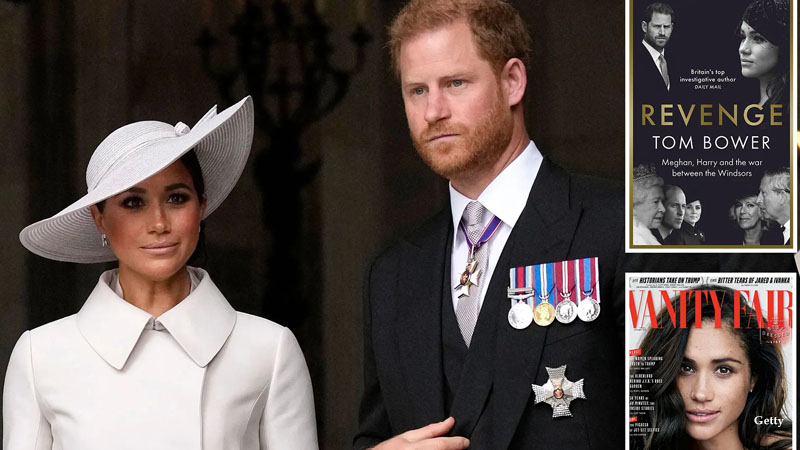 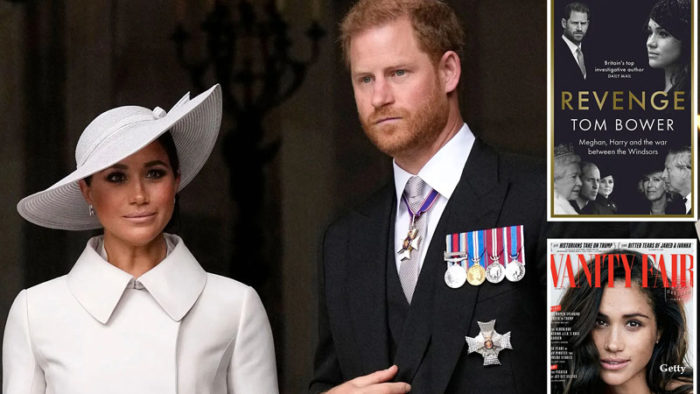 According to a bombshell new book about the royal couple, Meghan Markle’s joy at appearing on the cover of Vanity Fair magazine turned to frenzy and wrath when the publication chose to highlight her relationship with Prince Harry rather than her acting and philanthropy.

by DC Content Team
0
Tom Bower, a British writer, claimed in “Revenge: Meghan, Harry, and the war between the Windsors” that Meghan was “ecstatic” when the magazine agreed to feature her in a story and put her on the cover of the September 2017 issue. According to excerpts from the book published by The Times of London on Saturday, when the magazine used the headline “She’s Just Wild About Harry” and did not highlight her work as an activist and philanthropist, Buckingham Palace balked. Meghan was also upset with her US public relations firm, Sunshine Sachs. Bower claimed that Meghan had been under strict instructions from Harry’s PR staff to avoid touchy subjects including Donald Trump, race, and her relationship with the prince. As per Page Six, the actress was in Toronto filming the TV show “Suits” when the interview was recorded there, and Meghan had persuaded Harry that the piece would highlight the celebration of the 100th episode of that show. “Sunshine Sachs had demanded that the magazine satisfy Meghan’s requirement that she be presented as a philanthropist and activist, without considering one problem: Vanity Fair’s scrupulous researchers could find no evidence of her global philanthropy and activism,” writes Bower. However, when asked about her relationship with Harry by Vanity Fair contributing editor Sam Kashner, who admitted he had never heard of Meghan or “Suits,” Meghan responded, “We’re a couple. We’re in love.” ‘I’m sure there will be a time when we will have to come forward and present ourselves and have stories to tell, but I hope what people will understand is that this is our time.” Markle said in the article. The interview was “like a thunderclap,” writes Bower. “the interview triggered sensational reactions: Meghan had used her relationship with Harry to promote herself. The Hollywoodisation of the royal family had sealed Meghan’s fate as Harry’s fiancée.”
Previous Article