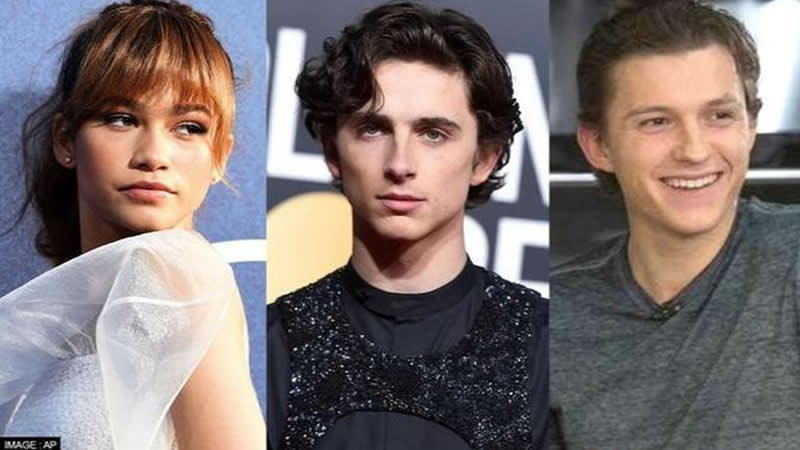 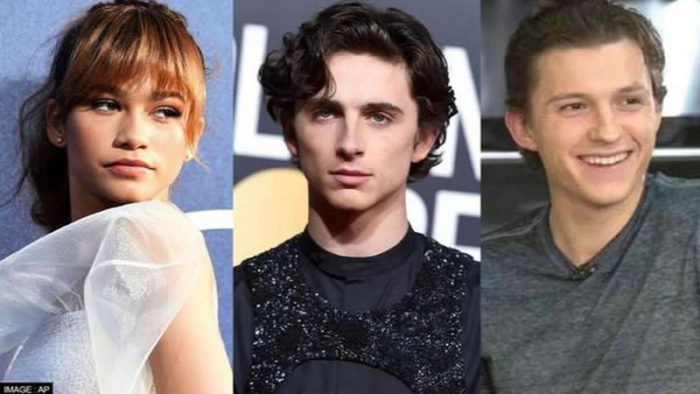 Dune co-stars Zendaya and Timothée Chalamet recently spoke to BuzzFeed and the besties were asked to take “the BFF test,” where they shared personal info about themselves that fans might not be aware of.

At one point in the video, the duo is asked to reveal their biggest celebrity crushes, to which Chalamet surprisingly had his answer ready to go! He said: “That’s easy: Tom Holland,” sending Zendaya into a full-on giggle fit at the mention of her Spider-Man co-star who she is also allegedly dating. During the fun video, the Dune co-stars were also asked to reveal their middle names, favourite snacks, their favourite cuss words, their go-to karaoke favourites and so much more.

If you missed it, just last week, Tom Holland gushed over his girlfriend Zendaya! The actor took to social media and posted a gorgeous snap of Zendaya from the London premiere of her film Dune. For the caption, Tom just went with “Dune” along with a heart-eye emoji. And in response, the 25-year-old actress left a comment with a teary-eyed emoji.

While speaking to InStyle recently, Zendaya also revealed what she loves most about Tom Holland. “In an actor way, I appreciate that he really loves being Spider-Man. It’s a lot of pressure – you take on the role of a superhero wherever you go. To the little kid who walks by, you are Spider-Man. I think he handled that so well. And seeing him at work, even though he’s not a Virgo [laughs], he is perfectionist,” Zendaya said.