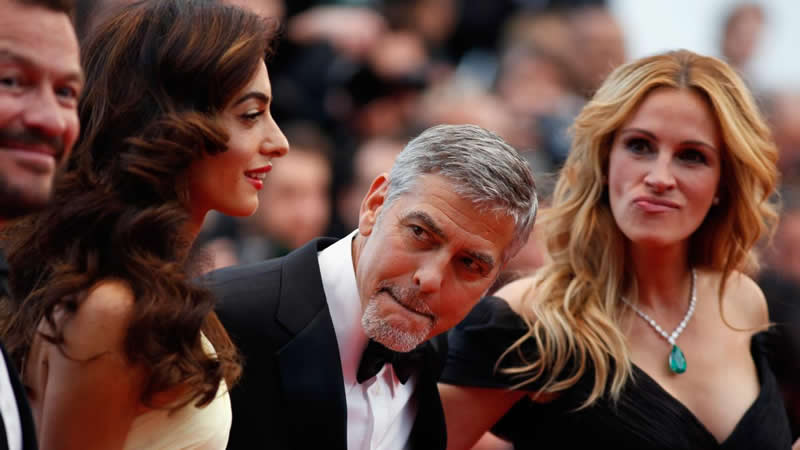 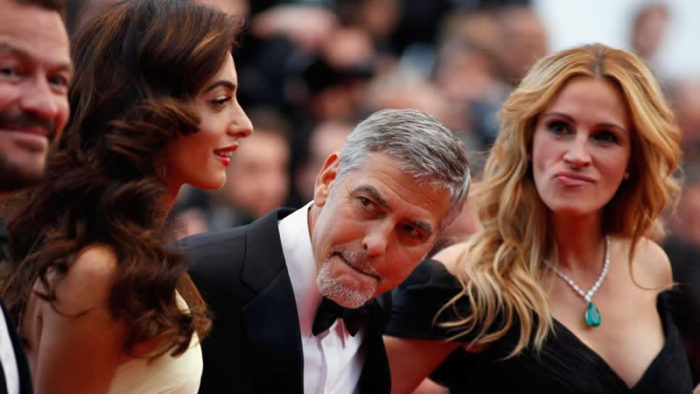 Julia Roberts and George and Amal Clooney have been spotted dining at Brisbane’s Callie Hotel, enjoying some downtime.

The actors spent some well-earned time off from filming their romantic comedy Ticket to Paradise over the weekend. The stars have been spotted at several locations across Brisbane and the Gold Coast for their film which is set in Bali.

During Monday morning’s Sunrise segment, the hosts imagined running into the celebrities.

“I would die if they walked into the pub that I was in, those three more than anymore in Hollywood I reckon, they’re just so massive,” said host Edwina Bartholomew.

“And how do you discreetly get a photo, you’ve got to pretend to be on your phone,” Mark Beretta joked.

The pair also made headlines as Julia crashed an interview of George’s on Jimmy Kimmel Live!

Wearing dark sunglasses, the actress slowly rolled into view as George discussed his film The Tender Bar with Jimmy and co-star Daniel Ranieri.

“Maybe I hallucinated that. Wow. It sure looked like Julia Roberts though,” the late-night host added as the 60-year-old shrugged.