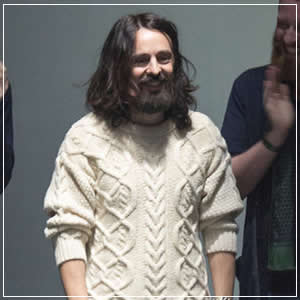 The Italian house's head of accessories has been officially appointed as Frida Giannini's replacement.

"After a considered and thorough selection process, Alessandro Michele has been chosen to assume the role as Gucci creative director, based upon the contemporary vision he has articulated for the brand that he will now bring to life," Marco Bizzarri, president and chief executive officer of Gucci, told WWD. "Alessandro and I are fully aligned on this new contemporary vision needed by the brand and we will be continuously inspired by that new identity in our respective roles and duties."

Former creative director Frida Giannini left the brand earlier than expected on January 9, just 10 days before she was meant to show Gucci’s autumn/winter 2015 menswear collection in Milan on January 19. She was initially slated to leave following the Gucci autumn/winter 2015 womenswear show on February 25.

Michele and the rest of Gucci‘s menswear team completely redesigned the entire men’s collection in 10 days, a feat that no doubt cemented his position at the top of the list of Giannini‘s potential successors. The collection was met with high praise, with many critics commenting that it marked a new aesthetic for the brand.

The 42 year-old began working in Gucci‘s design team in 2002, later being promoted to Frida Gianni’s associate in May 2011. In September 2014 he was also named creative director of fine porcelain brand Richard Ginori, acquired by Gucci in June 2013.