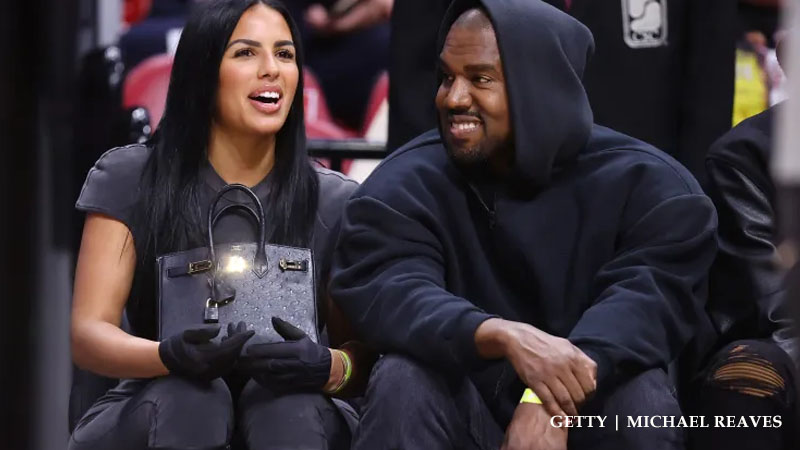 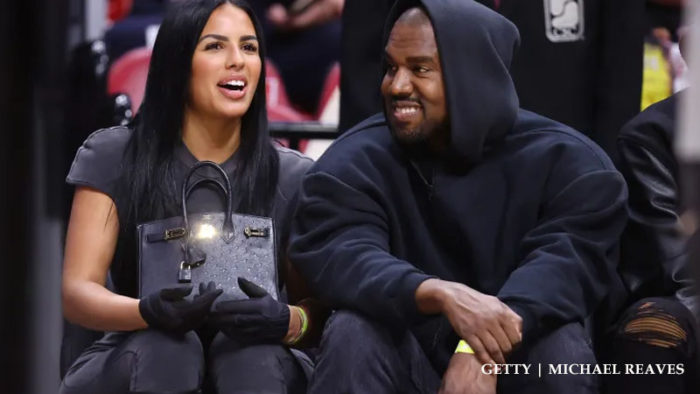 Kanye West is alleged to have bought a $275,000 Hermes Birkin bag for his latest girlfriend Chaney Jones, who is a dead ringer for his ex-wife Kim Kardashian. Chaney, 24, reportedly wanted this specific ‘very, very rare’ Birkin, according to sources who spoke to Page Six.

The 44-year-old rap star is said to have watched over FaceTime as Chaney received the purse in Houston this Tuesday evening. Side by side: Kanye West is alleged to have bought a $275,000 Hermes Birkin bag for his latest girlfriend Chaney Jones wom he is pictured with at a basketball game this month

Chaney and Kanye have been spotted out and about together since last month but a few weeks ago an Us Weekly source dished: ‘They’re not exclusive. She’s his muse and hangs out with his posse.’ Kanye previously gifted a Birkin bag to his last public girlfriend Julia Fox on her 31st birthday, and also gave four others to her friends.

Julia, who once bragged on her podcast that she has ‘dated billionaires my entire adult life,’ began running around with Kanye on New Year’s Eve. Their relationship became a whirlwind public spectacle and lasted through her birthday on February 2 but fizzled out shortly thereafter. Rumor has it: Chaney (pictured), 24, reportedly wanted this specific ‘very, very rare’ Birkin, according to sources who spoke to Page Six

Recently Julia, who played Adam Sandler’s girlfriend in Uncut Gems, revealed that she felt a lot of pressure’ on owning a Birkin bag. ‘I don’t know if you know about owning a Birkin when you’re not a rich person, but it’s like the most anxiety-inducing thing ever,’ she confessed to the New York Times.

‘You’re checking on the Birkin, making sure it’s still there, that it didn’t magically grow wings. It’s scary to have a Birkin,’ said Julia, who only removed the luxury item from its box for a few days before putting it back. Meanwhile, Kim is running around with Saturday Night Live funnyman Pete Davidson and the pair have drawn a barrage of public tirades from Kanye.

Details: Chaney and Kanye have been spotted out and about together since last month but a few weeks ago an Us Weekly source called her his ‘muse’ He and Kim married in 2014 in Florence and have four children together – North, eight, Saint, six, Chicago, four, and Psalm, two.

Kim filed for divorce last February and at the start of this month, she succeeded in being declared legally single in spite of Kanye’s efforts. In the year following her divorce filing he repeatedly publicly begged her to reunite their family by going back to him, including on his album Donda.

Kanye has made allegations that ‘KIM ACCUSED ME OF PUTTING A HIT OUT ON HER,’ as well as the claim: ‘THEY PLAY LIKE THAT WITH BLACK men LIVES WEATHER ITS GETTING THEM FREE OR GETTING THEM LOCKED UP.’

Incidentally: Kanye previously gifted a Birkin bag to his last public girlfriend Julia Fox on her 31st birthday, and also gave four others to her friends. In January he alleged that he had not been told the time or location of Chicago’s fourth birthday party but had shown up anyway.

Recently the Power rapper has also publicly slammed Kim for ‘antagonizing’ him by allowing North to appear on TikTok. At one point in mid-March when Kanye uploaded an Instagram post about the time he was ‘” allowed” to see [North] last week,’ an exasperated Kim replied: ‘Please stop with this narrative, you were just here this morning picking up the kids for school.’

He and The Game released the single Eazy in which Kanye expresses a desire to ‘beat Pete Davidson’s a**,’ slams Kim’s parenting, and says their children are spoiled.

The way they were: Their relationship became a whirlwind public spectacle and lasted through her birthday on February 2 but fizzled out shortly thereafter. The bizarre music video of the song showed Kanye burying a claymation version of Pete alive, to the alarm of several viewers.

However, an Entertainment Tonight source claimed that Pete ‘finds the fact that Kanye included a cartoon version of him in his music video hysterical. He is almost flattered by it all because it is so ridiculous to him.’

Kanye defended the video on free speech grounds and argued: ‘Art is not a proxy for any ill or harm. Any suggestion otherwise about my art is false and mal intended.’ At one point Pete’s friend Dave Sirus posted screen-grabs of a text conversation between Pete and Kanye about their feud.

Over the course of the exchange, Pete went from expressing concern over Kanye’s mental wellbeing to bragging about being ‘In bed with your wife.’  Showering praise on Kim, Pete tried unsuccessfully to arrange a ‘face-to-face meeting with Kanye and called his behavior ‘dangerous.’

Pete declared: ‘You have no idea how nice I’ve been to you despite your actions towards me. I’ve stopped SNL from talking about or making fun of you which they’ve wanted to do for months. I’ve stopped stand-up comedians from doing bits about you cause I don’t want the father of my girl’s kids to look bad out there.’ He added: ‘I have your back even though you treat me like s*** because I want everything to be smooth. But if you continue to press me as you have for the past 6 months, I’m gonna stop being nice.’

Whole new world: News of her romance with Pete went public after Kim guest-hosted Saturday Night Live in October – and even locked lips with him in a sketch

Kanye has also furiously denounced other public figures who have criticized his behavior, such as DL Hughley whom he told: ‘I can afford to hurt you,’ and Trevor Noah whom he slammed as a ‘k***.’  Kanye was suspended from Instagram for 24 hours for his posts about Pete and Trevor, which were said to have violated the site’s harassment policy.

A representative for Kanye then confirmed to Variety that he had been pulled from the Grammys lineup over his ‘concerning online behavior.’  By Oscar Sunday however, Kim and Kanye were seen putting their differences aside to watch Saint’s soccer game together – though they stood noticeably apart.

Wait... was Nicole Kidman's Oscars reaction not about that slap?