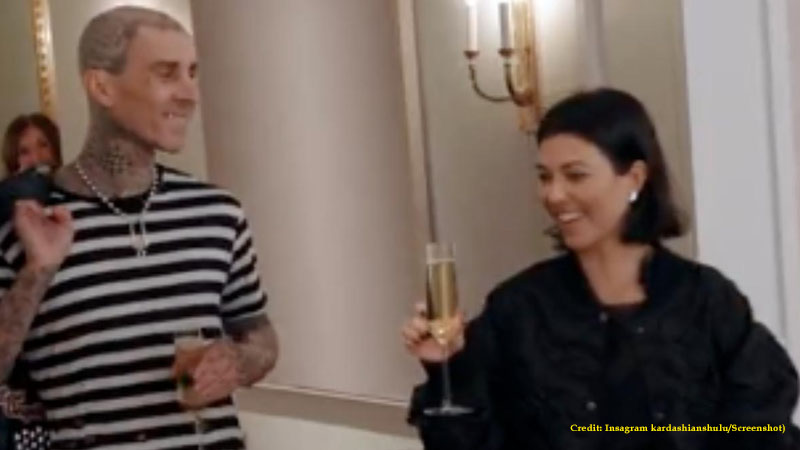 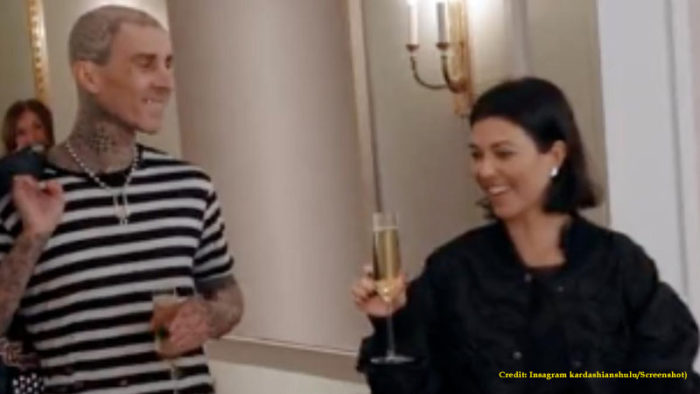 Kim Kardashian and family are all set to come back with a new show, The Kardashians which will once again give fans an up, close, and personal peek into their lives. After the trailer of the show gave us a glimpse of what we can expect from it, a new teaser has been dropped on Hulu which will further add to your excitement as you wait for the show to release.

Ever since the first trailer was released, it has been clear that Kourtney Kardashian and Travis Barker’s engagement is going to be a big highlight on the show. The new teaser showcases key moments and reactions of the family as they learn about Travis’ plans to propose to Kourtney.

An excited Kris can be seen announcing it to the family as she says, “It’s happening” which leads everyone to squeal with joy.  The teaser also showcases moments of the post-engagement surprise party that the family threw for Kourtney as she enters the room with Travis and everyone can be heard shouting “Surprise.”

Kylie Jenner can be spotted holding the phone and recording this precious moment. Jenner can be seen with her baby bump since was pregnant at the time with her second child Wolf Webster during the shooting of the upcoming show.

Check out the new teaser

Among the other bits of the promo, Kim can also be heard saying in the voiceover how over the past year there have been transformations among them. Elsewhere, she also says, “This is day one.” The Kardashians are all set to begin streaming from April 14 on Hulu.

Shakira REVEALS the biggest struggle in her relationship with Gerard Piqué